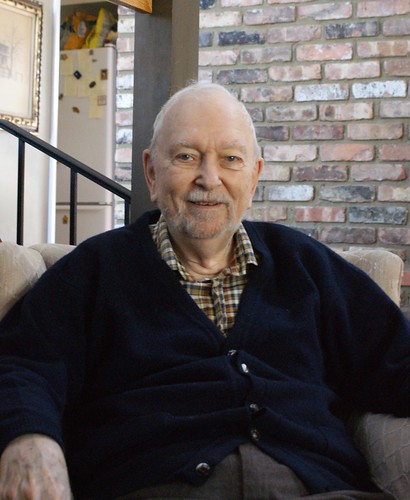 Local World War II historian Dick Osborne is celebrating his seventh book on WWII-related events. His latest work, “The Axis: Hitler’s Allies, Who They Were, Why They Fought and Their Fate,” will be released in a few months.

Osborne recalls walking up and down Broad Ripple Avenue on Aug. 6, 1945, yelling, “Extra, extra, read all about it. U.S. drops automatic bomb.” He was 14 years old and had misread “atomic” as “automatic.” Despite his mistake, he sold out of papers.

“As with any significant global event, everyone knew where they were and what they were doing when they heard of the attack on Pearl Harbor and when the bomb was dropped,” said Osborne.

Growing up and experiencing WWII as a youth with all of his older cousins off to war, Osborne’s love of history began.

Osborne’s father, Gilbert Osborne, along with Merrill Clark, had started an industrial supplies company in 1940 called Clark & Osborne. The business is still located on Ferguson Street.

Upon graduating from Shortridge High School in 1949, Osborne started his mechanical engineering degree at Rose Hulman (Rose Poly Tech), then transferred and graduated from the University of Illinois. He worked for Douglas Aircraft Co. in California until he was drafted into the Navy. Being the only college graduate in his unit, Osborne was assigned an office position because he could type and was stationed in multiple locations around the country.

Osborne met his future bride at a dance at a local YMCA in Los Angeles. “It was a 21-and-over dance, and Josie was 20. I accused her of cheating,” joked Osborne.

After serving in the Navy, Osborne and his wife moved back to Indianapolis to take over his father’s business. He became a traveling salesman selling metalworking supplies, tools, gauges and small machinery for Clark & Osborne.

As Osborne traveled his territory, he spent his evenings in hotel rooms reading books that fueled his WWII interest. This fascination that started as an adolescent was becoming a part-time obsession. He thoroughly enjoyed discovering what was going on in the world around him during his youth. The more Osborne read, the more he realized that there were more books to be written on the topic.

Once Osborne retired in 1988, he began writing. Specializing in details less focused upon by other works, Osbourne created a niche with his historical writing. “WWII Sites In The United States” was his first effort, giving enthusiasts a concise listing of interesting WWII strategic and tourist sites around the country.

“There is a misconception that unless you visit Pearl Harbor, there are no WWII historically significant locations in the U.S.” said Osborne.

Quite the contrary, this U.S. tour book could keep a WWII travel enthusiast busy for years. Interestingly, there are a few sites located in Indianapolis. 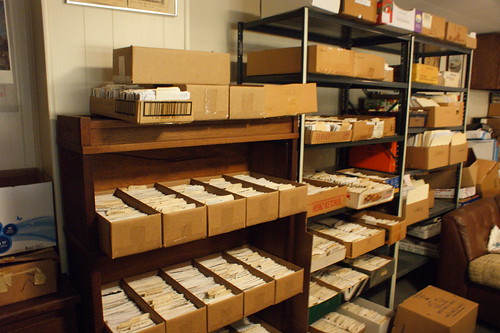 During the war, Germany had plans to build a four-engine bomber that would travel from Berlin to Chicago. The obvious bombing locations would be New York City, Washington, D.C., Detroit and Chicago where machines of war were being built. Indianapolis was also on the bombing list due to Allison Corporation building aircraft engines. Unbeknownst to the public, Indianapolis was home to a chemical warfare depot on Northwestern Avenue.

“Perhaps the most significant contribution to the war effort that was made here in Indianapolis was the Norden Bombsight,” said Osborne.

This bombsight was the best in the world and used in our bombers, causing mass destruction in Germany and beyond. While it was known that the Norden Bombsight was manufactured in Indianapolis at 21st and Arlington, its design and engineering was top secret.

Perhaps Osborne’s most popular book is “The Casablanca Companion,” which was released in 1990. This book follows the classic 1943 movie, supporting its historical accuracy and explains the mountain of WWII history contained in the movie for today’s viewers. This book has been used as part of a college course curriculum.

When he isn’t writing, Osborne can be heard giving the WWII trivia report every month at the Ernie Pyle Chapter of the WWII Roundtable.

The Monon Boasts a Bent Rail