“He is a completely different kid now. He does his homework after school before I even see him. It changed his life. It changed our whole household.”

These are the words Sheryl Shepherd used to describe the results she saw after her son Grant finished a program at LearningRx. Prior to LearningRx, Grant’s parents, Sheryl and Randall, were in a constant battle to get Grant to do his homework. Grant’s frustration with school work placed a strain on Grant and the whole family. The fact that Grant’s parents always knew he had the ability but felt that something was missing just made the situation even more frustrating.

Grant, like many other 11-year-olds, received good grades in math and some of his other subjects but really struggled with reading. While he could read the written words, Grant’s lack of focus and concentration impaired his ability to comprehend and recall what he had read. Grant’s difficulties became very apparent as he reached the fourth grade where the amount of homework increased significantly, and he started receiving letter grades. Randall says, “It was a big battle every night to get his homework done.”

The Shepherds even hired two tutors, who were trained educators, just so Grant could get his homework completed. While the tutors helped Grant deal with specific lessons, they did nothing to sharpen his cognitive skills. The Shepherds’ frustration just went on and on unabated throughout the year.

Finally, the Shepherds contacted LearningRx, and Grant started going in April. The Shepherds decided to enroll Grant in LearningRx because they had seen first-hand a nephew who had experienced a terrific improvement in his cognitive abilities as a result of the LearningRx program.

After going to LearningRx three nights a week beginning in April, Grant’s reading ability has increased significantly. The reading improvement is not a result of being taught reading at LearningRx, but a result of improved cognitive skills that result in greater focus and concentration. Grant’s grades in reading have improved significantly, and his frustration with school has eased considerably.

Recently, Grant did something that he never did before. He chose to read a book on his own. Life is now better for Grant and the whole Shepherd family.

Grant is a talented young athlete and a terrific pitcher. So talented he was chosen from 2,500 boys to be a member of the Game Day USA Team that will be competing in Florida in a few weeks. Some of his games will be televised on ESPN. 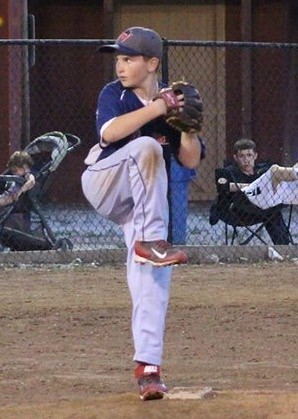 An unintended consequence of the training he received at LearningRx is an improvement in Grant’s performance in sports. Grant’s father noticed that the increased focus and concentration that Grant developed to improve his schoolwork has also made Grant an even better baseball player.

LearningRx is different from other programs that “tutor” its students. Rather than tutoring on a particular subject, the LearningRx program provides a cognitive framework that people can use for the rest of their lives.

According to Heather Koenig, executive director and owner of LearningRx in Indianapolis, “Many learning problems are caused by inefficiencies in how the brain actually processes information, things like memory attention and processing speed. We aren’t tutoring which will only offer temporary help if there are underlying cognitive deficiencies. We are brain trainers offering a permanent solution to learning struggles.

“We help children and adults and can assist people with traumatic brain injury, stroke, ADHD, dyslexia, autism, auditory processing disorder, learning difficulty and those who just want to get a sharper competitive edge.”

If you want to give your child or other loved one the tools and training to help them reach their learning potential, call LearningRx for an evaluation appointment today.

The Scene Celebrates its Young Professionals for ...