Achieving Greatness Beyond the Classroom 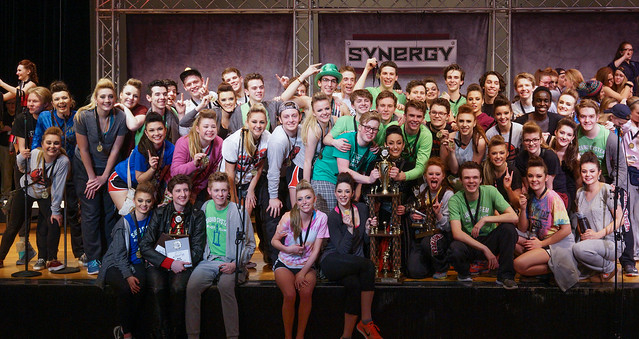 Center Grove High School Principal Doug Bird is extremely proud of the students’ achievements the past two years. “The best part of my job is seeing the kids that you make connections with during the school day experience a high level of success in areas they are passionate about outside the classroom,” said Bird.

The CG Singers are the top vocal ensemble at CGHS. The group of ninth to 12th-grade students specializes in madrigal, concert and chamber styles of choral music. Dice directs this group with assistance from Leachman. The Singers were named Grand Champions this year at North Central High School and at Huntington High School last year. 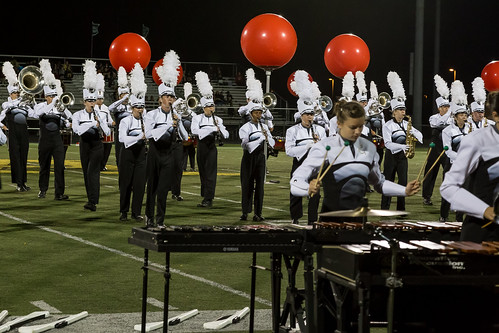 MUSIC TO OUR EARS
The cornerstone of the band program is the concert bands, symphonic band, wind symphony and wind ensemble. These three groups consistently receive Gold Ratings at ISSMA events, and 2015 and 2016 were no exception. CG Band Department Chair Kevin Schuessler says the Concert Band students learn the value of dedication, commitment and how to perform at a high level while focusing on others, supporting and adjusting for the benefit of the group and audience.

CG’s marching band has been a state finalist and semi-finalists at the Bands of America Grand Nationals for the past two years due to their intriguing programs and extremely dedicated students and parents. This group is the largest in the school. Schuessler says it takes a wealth of brain power to design, execute and perform at the level these students do.

“The lessons of time management, team cooperation, conflict resolution and emotional intelligence are some that we focus on to help students with current and future encounters in their life,” said Schuessler. This group is headed up by Schuessler, Joe Lapka, Josh Torres and Keith Potter.

CG’s guard program in 2015 and 2016 blossomed into a wonderful performing ensemble that is now receiving medals at the Indiana High School Color Guard Association State Finals and moving up among the finalists in the World Championships. The group is led by Potter.

“Seeing these young ladies follow the guidance of their leaders and develop trust in one another are attributes you cannot buy but must be invested in for the benefit of all,” said Schuessler.

The CG percussion program has been extremely consistent and strong during the past two years with many students developing the skillsets of intrinsic drive and focus to achieve greatness in their class. They have achieved silver medals in their state level contests and been finalists in the World Championships.

Torres, the 2013 CGHS Teacher of the Year, has taken over writing the program for this group. Schuessler says Torres’ time and expertise have helped to maximize the experience and talents of this group.

The Jazz Program has received gold level ratings in Group 1 the past two years. It has availed many students the opportunity to learn about improvisation and ensemble awareness. This group is open to all instruments in the band and orchestra program.

Schuessler believes the success of the CG brand program is due largely to the investment in quality programming and instruction while keeping a focus on the life lessons developed. He says he’s looking forward to future quality opportunities for students to express themselves on the state, national and world stages of life. 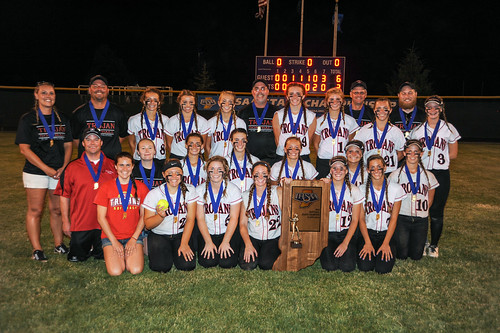 FOUR SPORTS, FOUR STATE TITLES, ONE YEAR
Three CG athletic teams and one student-athlete were crowned state champions in 2015. The softball team won a state best sixth state title under the direction of veteran head coach Russ Milligan. “Russ had this group on a roll, and soon, it became apparent that it was a team – and a season – of destiny,” said CGHS Athletics Director Jon Zwitt.

Junior Cameron Tidd won the next state title for the Trojans with a school record throw in the discus at the State Track and Field Meet. Zwitt says it has been a pleasure watching him develop, and we all get one more chance to see him display his talents this spring.

The CG boys’ soccer team, after numerous Final Four appearances, finally advanced to the Class 2A state championship and won its first state title this past fall. Zwitt was impressed with the team’s comradery and the leadership of first-year head coach Jameson McLaughlin.

“So many high school head coaches dream of one day arriving at the precipice of a State Championship event,” said Zwitt. “It is absolutely amazing for a rookie head coach to be on that summit. It is even more incredible to take the final steps and to completely devour the opponent (Lafayette Harrison) 4-0.”

The CG football team brought home the fourth state title of 2015 with a 28-16 win over Penn in the Class 6A championship game. This was CG’s second state title in football, both under head coach Eric Moore, after suffering four straight Final Four defeats. “Four years, four empty trips at the Semi-State level,” lamented Zwitt. “Without grit, without character, without an all-out dedication for the program, it would have been difficult to accomplish what the team of 2015 did following those disheartening outcomes.”

“Very few schools throughout the history of the IHSAA have experienced the thrill of winning three team State Championships in one year. And those three peaks were just a reflection of the overall year of success. Whether male sports or female sports, teams or individuals, CG Athletics experienced one of the best 12 month runs in CG history. It was a culmination of quality student-athletes dedicated to achieving goals. We work hard, within the rules, and enjoy the fruits of whatever achievements we are able to attain. So far, it has been a good recipe for success at Center Grove.”

RED HOT – RED ALERT ROBOTICS
The CG’s Red Alert Robotics Team participated in the state tournament in April. The Red Alert Robotics Team played on the fourth-seeded alliance (team grouping) and fell to the fifth-seeded alliance after going 1-2 in the quarterfinals. The team received the State “Team Spirit” award which recognizes excellence in partnerships at the event and beyond. 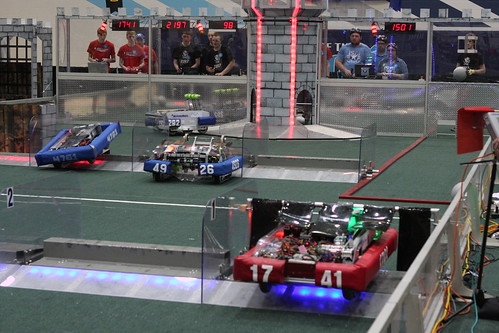 Red Alert Robotics Engineering Coach Nathan Coulombe was very proud of his team’s effort this past season. “We competed at four events in Indiana, including the state tournament, this season and came away with awards in all four,” boasted Coulombe. “We received the District Chairman’s Award, which is the most prestigious award in FIRST, at the Perry Meridian event.”

Coulombe gives some of the credit for the team’s success to the partnerships with community sponsors and continuted support of the school corporation which has built a new home for the team at the district’s new Innovation Center, a STEM Lab that will be used by students in grades K-12. “Our students are motivated and excited to learn and compete with skills they learn from our group of outstanding mentors,” said Coulombe. “We have an excellent parent organization that helps with logistics, meals and travel planning.”

Bird says it’s very rewarding to see the students excel not only in the classroom but also outside the classroom. “It’s a mutually beneficial connection between their academic commitments and their extracurricular interests. By staying engaged in both, they’ve really raised their level of performance in all those areas.”

THE BUSINESS OF SUCCESS
Center Grove High School’s Business Professionals of America club (BPA) gives students the opportunity to compete based on business classes. BPA sponsor and CGHS business teacher Debbie Nolan is proud of their achievements. “Most have taken more than one class and are able to use that information to excel at competitions,” said Nolan.

Partnership for a Healthier Johnson County