Autism Speaks … Are We Listening?

Autism. What is your reaction when you hear this word? Those with loved ones that struggle with autism probably have a very different reaction than the general population. For many of us who are not impacted by autism, our reaction may range from a lack of understanding and misconceptions to indifference. But there is an organization that is working tirelessly to change all that … Autism Speaks!

AUTISM – WHAT IT IS (OR IS NOT)
First of all, let’s understand that autism is not a single thing. In fact, since 2013, the term autism spectrum disorders (ASD) has been used as a general term “for a complex set of developmental brain disorders caused by a combination of genes and environmental influences. ASD can be mild or severe and is characterized by social and communication challenges as well as repetitive behaviors,” says Autism Speaks Walk Chairperson Lindsay Eichelman. The terms ASD and autism are generally used interchangeably.

This collection of disorders includes a number that, in the past, may have been diagnosed as separate conditions. “With the May 2013 publication of the DSM-5 diagnostic manual, all autism disorders were merged into one umbrella diagnosis of ASD. Previously, they were recognized as distinct subtypes, including autistic disorder, childhood disintegrative disorder, pervasive developmental disorder-not otherwise specified (PDD-NOS) and Asperger syndrome,” according to the Autism Speaks website, autismspeaks.org. 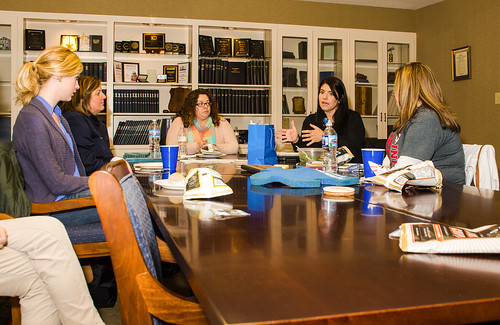 Autism usually becomes noticeable in young children between the ages of 18 months and 3-4 years, typically when a child’s communication skills become more evident. Today, 1 in 68 children are diagnosed as being “on the spectrum,” a term used frequently to describe someone who struggles with one of the disorders. The diagnosis is more prevalent in males than females. While improved diagnostic methods may account for some of that number as may the inclusion of additional disorders in the spectrum, still the prevalence of ASD has increased in the last decade.

AUTISM SPEAKS
Autism Speaks is a U.S. based philanthropic organization with global reach. The group provides advocacy, awareness and support for those impacted by autism. Founded by Suzanne and Bob Wright (then Chairman and CEO of NBC Universal), whose grandson Christian is “on the spectrum,” the organization is now in its 11th year.

While Bob and Suzanne provided help for Christian and his parents, they recognized that autism was not well understood, and many did not have resources for coping, so Autism Speaks was formed. Alpha Xi Delta women’s fraternity has been the organization’s national philanthropy partner since 2009. Beginning in April 2009, the fraternity has since raised over $4 million for the Autism Speaks cause.

The complexity of the autism disorder spectrum leaves many struggling to determine how the pieces of the puzzle fit together. In fact, you will notice that a blue puzzle piece is part of the Autism Speaks logo and interspersed liberally throughout their material.

THE PILLARS
The organization’s activities are informed by a set of guiding principles, the Four Pillars. These pillars are: 1) Awareness, 2) Science, 3) Family Services and 4) Advocacy.

Efforts to increase awareness involve Autism Speaks volunteers working in partnership with many other groups and organizations around the world. One of the most significant partnerships is with the Ad Council of America. “The campaign and partnership with the Ad Council have led to a 50 percent increase in awareness among parents of young children of the prevalence of autism,” indicates Nanci Bonfield, Autism Speaks Senior Coordinator for Field Development-Indiana/Michigan.

Worldwide, Autism Speaks has established partnerships in more than 70 countries to promote autism awareness. The United Nations has established April 2 annually as World Autism Awareness Day, one of just a few such days sponsored globally by the U.N. Autism Speaks celebrates this day around the world with their signature campaign, Light It Up Blue. On World Autism Awareness Day, thousands of landmarks, office buildings, bridges, sporting venues, schools, businesses and homes unite by shining bright blue lights. [Note: you can participate in Light It Up Blue – visit autismspeaks.org/liub/how-to-liub to see how.]

Strategic sporting event partnerships such as last year’s FedEx 400 benefiting Autism Speaks is another way in which Autism Speaks strives to increase awareness of these disorders. NASCAR, 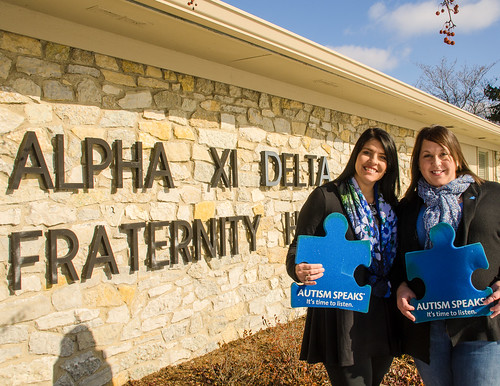 Major League Baseball and the NBA are significant partners in awareness activities. In addition, a new initiative has been started over the last two years with the NCAA, Coaches Powering Forward for Autism. This has allowed Alpha Xi Delta to engage their college women across the country in awareness efforts. Locally, the Indianapolis Indians and Indiana Pacers have been great partners for awareness.

Family Services is another contribution of Autism Speaks. Some of the services and resources provided include toolkits for families and healthcare professionals (going to the dentist, getting a haircut, etc.), grants (Autism Speaks has awarded over 966 grants totaling $7.63 million to local service providers for programs, including a water safety program here in Indiana), and national and local iPad grant programs to assist those with communication difficulty.

Autism Votes is the advocacy arm of Autism Speaks. Working at the federal level, Autism Votes has been instrumental in lobbying for the passage of legislation such as the ABLE Act, which allows for tax-free savings accounts to be used for autism care, and the Autism Cares Act, which provides $3 billion in federal research dollars through 2019. Advocacy also occurs at the state and local levels to facilitate implementation of programs.

THE WALK
Each year, walk events are held around the country. In 2016, more than 60 such events are planned. Renamed this yea 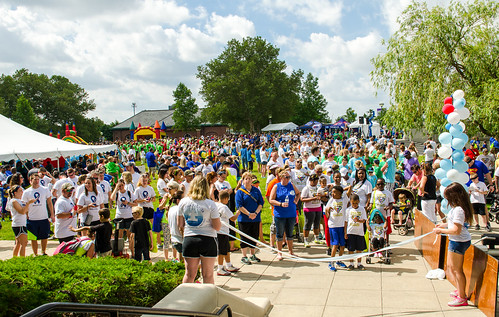 The walk is the largest grassroots autism walk program in America and is Autism Speaks signature fundraising and awareness event. The walks are fundraisers but are also a day when the autism community can come together in a nonjudgmental celebration of their unique challenges and unique joys, so it is “not only a fundraising event but also a real celebration of the community and a way to connect people to services they may not know about,” says Nanci Bonfield.

Ms. Bonfield challenges all Center Grove elementary schools, middle schools and the high school to be involved this year, either with Team Center Grove or by starting their own school teams. She would also love for Greenwood and other area schools to join the team as well. Information for the 2016 Indianapolis Autism Speaks Walk can be found at bit.ly/indywalk4autism.

So, autism is speaking … louder than ever before. The question is, can you hear it now?