Center Grove High School wrestling is more than another high school sports team. It is even more than a brotherhood. It truly is a family that is ever evolving and growing in strength through vast support. The involvement starts at the top with Coach Cale Hoover and his assistant coaching staff. The support comes from the mothers, who are led by team mom Lisa Summers. There is support from the fathers with a newly formed Dad’s Club that is led by Greg Noble. There is also the hardworking team managers who help make the season run smoothly. The appreciation for what everyone does is evident. 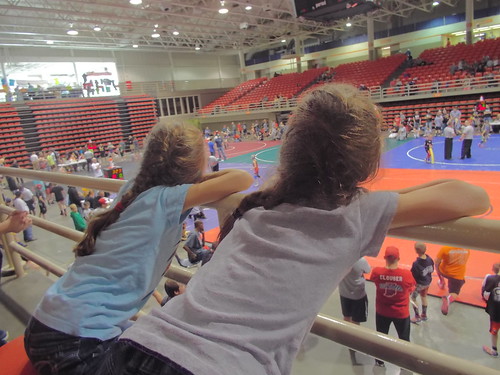 While Hoover’s focus is coaching his team, he wants to be sure to include everyone so that all enjoy the season. “I am aware of everyone’s time commitments, so my main goal is to make sure everyone enjoys the experience of CG wrestling,” said Hoover. He is accomplishing this goal with the help of Summers and Noble.

According to Summers, she readily agreed to be the team mom because of her respect and appreciation for Hoover. “One of the reasons I agreed to the team mom position is because of all of the things Coach Hoover does for my son,” she said. “The encouragement, pep talks and advice he gives him is priceless.” Summers’ son, Nick, has been wrestling since kindergarten. All of the years spent going to tournaments with the other wrestling families has created one large, close group who go the extra mile for their team.

The team mothers organize the decorating of lockers to feeding the team. They focus not only on caring for the boys but also to help to the coaches. “He is more than a coach to the boys and we all realize that. It’s my priority to take whatever I can off his plate and delegate out so he can focus on the team,” said Summers. 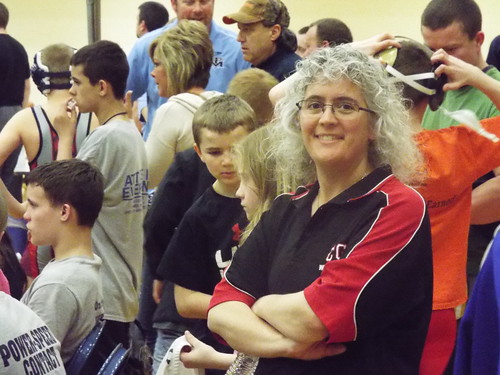 The Dad’s Club is new this year. After witnessing the parental organization of the football parents, Noble wanted to utilize some of those ideas to benefit his son, Connor, and his team. His vision is to pool the many talents of the fathers and funnel them into support of the team. They want to be sure that there is a strong presence of supporters at meets. Their goal is to meet every wrestler’s needs, including the much anticipated post weigh-in snack.

Along with the parental involvement, wrestling has some outstanding help from their team managers. This year a dozen female students support the team. They attend all practices and have the grueling and not-so-glamourous task of cleaning up after the team. Manager Charlotte Plake, whose older brothers were CGHS wrestlers, shares her love of the team. “The wrestling family, to me, is my home away from home. It blows me away to think that I’m loved and accepted there. I’ve been around it since I was a little girl and I would have never dreamed that this would be so much more than a sport to me. It’s just incredible.”

There are many traditions of the team including the adoption of a motto given to them by Hoover. This year the motto is “One Vision: State Champions.” It is incorporated on the senior banners and in all decorating. The boys will gather after practice and with bowed heads will recite the motto. Everyone embraces the motto. It shapes the focus of the team and the entire wrestling family. It is just another example of the unity that has become the foundation of the  wrestling team and wrestling family.

Center Grove on Parade: Scrapbook of the ...