“Caroling, caroling through the town/Christmas bells are ringing…”

The cherished Christmas song, “Caroling, Caroling,” enthusiastically describes December as that special time of year when you hear the sounds of Christmas bells, possibly on a one horse open sleigh or clasped between the cold hands of a Salvation Army volunteer. However, for Joyful Sound, a community bell choir, the bells still ring all year long. 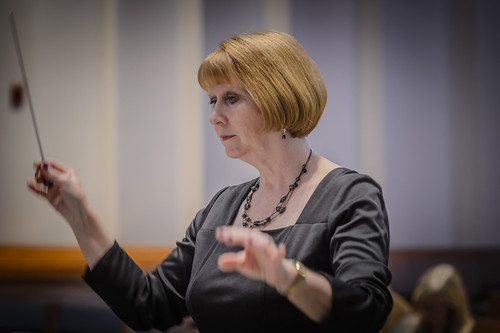 The community choir was built from a dream Greenwood resident June Hannah had carried in her heart. “I had always dreamed of bringing the unique sound of handbells to the Indianapolis and surrounding communities,” said Hannah. “I wanted to display the bells in various forms and to challenge ringers with difficult music of diverse styles.”

Hannah invited many experienced local ringers to gather and discuss a possibility of forming a community handbell choir. Their brainstorm led to the genesis of Joyful Sound in 1999. According to Hannah, one of their first goals was to establish a mission statement, to define the purpose for the group and how it would relate to the community. Because handbells are a unique instrument, she said, the ringers decided the purpose would be to promote the art of English handbell ringing through performance, education and community outreach.

With a $500 grant from the Johnson County Community Foundation and borrowed bells in hand, the choir first performed at the wedding of two of its members. Over the past 15 years, Joyful Sound’s music exposure to the local community has grown, playing at such venues as Conner Prairie, Symphony on the Prairie, Hilbert Circle Theater, Indianapolis Artsgarden and the Indiana State Museum, among others.

Member Joy Whitesell said she enjoys when the group introduces handbells to school-aged children through workshops and special events.

“One of my favorite occasions occurred at the Children’s Museum,” she said. “As people wandered the museum, we played several sets and often times performed a ‘ring and sing’ on chimes with kids and adults.” 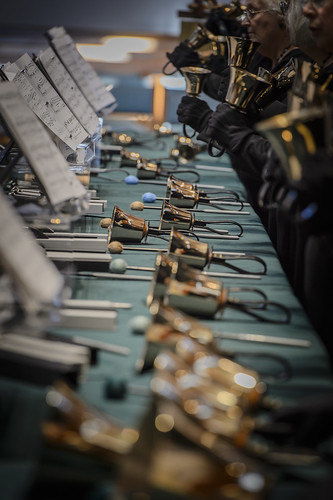 Joyful Sound now owns their own instruments, which includes 5 ½ octaves of Schulmerich handbells and 5 ½ octaves of Malmark handchimes, plus other equipment at a cost of over $30,000. The sounds produced and techniques used to play handbells are very different from any other instrument. Each ringer is responsible for two to four notes, plus their accidentals (sharps and flats). There are over 20 ways to play a bell; all notated by different symbols, making the instrument sometimes resemble an organ or percussion instruments. Everyone reads from the same musical score and it is truly a team effort by every ringer to produce a full musical piece.

“In celebration of our 10th anniversary in 2009, Joyful Sound recorded their first CD, which included a variety of music from sacred tunes, such as “When I Survey the Wondrous Cross” and “Great is Thy Faithfulness,” to fun tunes like “Boogie Woogie Bugle Boy” and “A walk-in the Park,” plus songs specifically written for handbells,” said Hannah. “As a result of the success of the recording, we have been recording new music sampler CDs for multiple publishing companies across the United States.”

For their 15th anniversary, Joyful Sound has recorded another CD, called “A Joyful Christmas.” Similar to the first CD, “A Joyful Christmas” highlights the unique contrast in songs the handbells can perform. This CD creates an emotional connection between the bell’s distinct sound and the human heart with such familiar Christmas songs, such as “Silent Night” and “It Came Upon the Midnight Clear,” to shoe tapping songs like “St. Nick Boogie.” 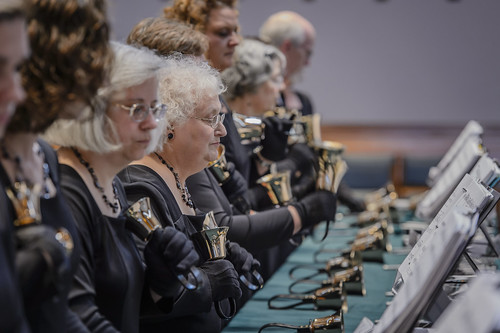 Watching these ringers in concert, one sees their love and dedication to their instrument. Member Lindsey Fischer says, “Handbell music really moves throughout your being when performing. We focus so intensely on the music that it really helps us clear our minds and come together as a choir. The precision required to play all of the notes and techniques makes us a very cohesive group.”

Looking toward 2015, Joyful Sound will be busy preparing to be the featured choir for the 2015 Handbell Musicians of America Area 5 Spring Festival in French Lick, Indiana.
For more information or to book an event with Joyful Sound, contact music director June Hannah at 317-888-3278 or email at junehannah3@gmail.com.

Lawrence & HSE Earn A Rating from ...