With their desire to give children the opportunity to participate in quality performing arts on the southside of Indianapolis, Mark Landis and Kathy Phipps began the Center Grove Fine Arts Academy (CGFAA) at Center Grove Church (CGC) in the spring of 2014.

Birth of the Ministry
“The southside has many opportunities for athletics and music but far fewer choices for creative young people in the performing arts. [We] co-founded the CGFAA to provide young people a place to gain confidence, learn teamwork and discipline and grow as singers, dancers and actors,” said Phipps. “In our culture, people are becoming more and more isolated. We all have within us a desire for community and a yearning to make a contribution to something bigger than ourselves. Theater productions give us that opportunity.”

Previously, Landis and Phipps worked together in Christian Youth Theater. However, the Theater discontinued further productions on the southside. The pair of directors felt compelled to begin something new. Originally only housed in the church, CGFAA is now an official ministry of the church, falling under the leadership of Landis, the CGC fine arts director.

Growth of the Ministry
The ministry began with a production of “Godspell Junior” in the summer of 2014. Made up of 30 kids on stage, the production utilized simple stage setups and layouts with no backdrops. Next, they set their sights for the fall on the Theater for Young Audiences version of “Shrek”; that show utilized 47 actors and actresses but included props and bac 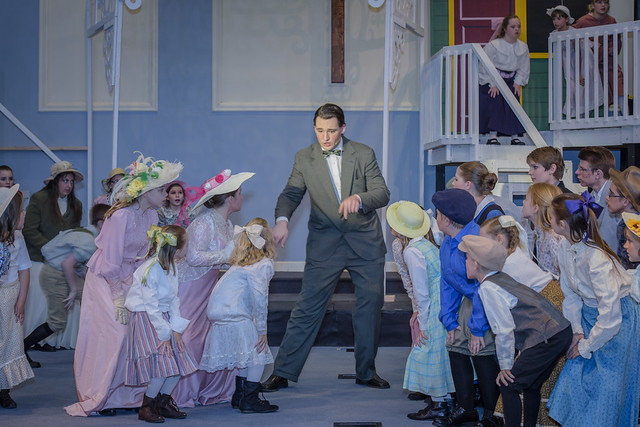 This past spring brought about their third production: “The Music Man JR.” This shortened version of “The Music Man” included a cast of 100 children ranging in age from 8 to 18 years old.

As can be seen, the cast numbers more than tripled in less than a year. “We are a no-cut ministry, meaning that anybody who auditions will be in the show in some way,” said Landis. However, as he pointed out, this is not as an effort for the group to be a moneymaking operation. Each actor only pays $75 to be in the show, which makes this opportunity a more affordable option.

These fees for the actors as well as the low ticket prices for patrons (just $5 for adults and $3 for students) cover many of the production fees. “We want a family of five to be able to see a quality show for less than $25,” said Landis.

Families of the Ministry
“I first heard about CGFAA when a flyer for ‘Shrek’ auditions came into my job at GuitarWorks. As a to-be theater major, it looked like the perfect opportunity for 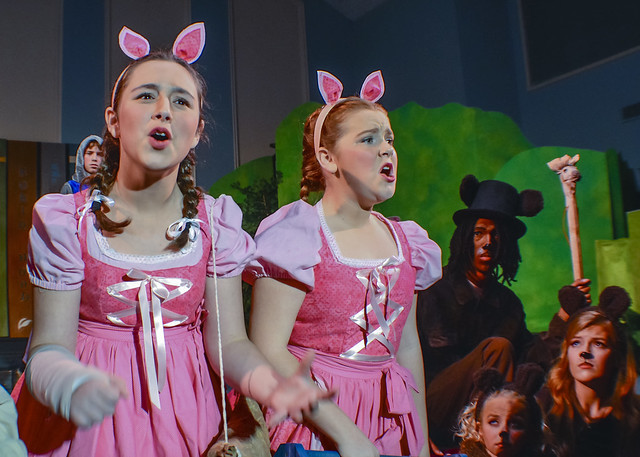 me to get involved outside of my school, so I tried out,” said Zane Franklin, an Indian Creek High School student. “I’m extremely blessed to have been able to find this group, especially the directors. They have been such good mentors to me, and I wouldn’t leave this group for the world.”

Taylor Ward, a Center Grove High School student, said, “I think the atmosphere is just awesome. There is very little drama and a ton of Jesus.”

“We first heard about CGFAA through the directors who had directed our son in previous productions through Christian Youth Theater,” said Angie Ward, mother of Taylor. “Our experience has been overwhelmingly positive. It is such a supportive group of students, directors and parents. Our son has grown as a performer and has made lifelong friends.”

“My children and I attended the final performance of ‘Shrek,’ and I was stunned by the actors’ commitment to their characters, the incredible set with its great use of space, and the depth and quality of the costuming; it was not wha 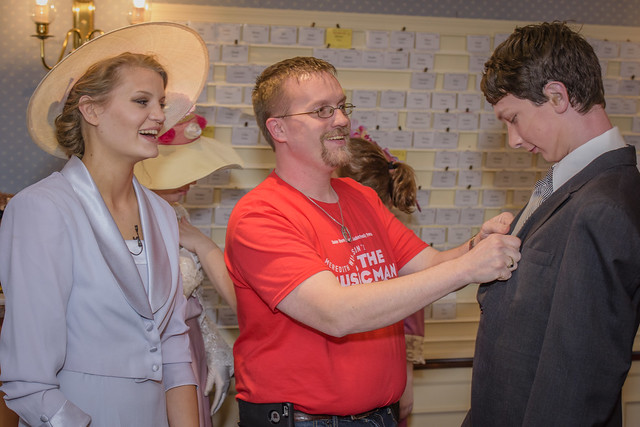 t I had expected from a community children’s theater,” said Jo Green, mother to two performers in the most recent production. Jo also participated herself backstage with the hair and makeup committee.

Congregation Behind the Ministry
“The congregation is almost overwhelmed by the number of people walking through our doors for the CGFAA,” said Landis. For instance, the regular CGC congregation of more than 200 people witnessed more than 1,600 seated in their sanctuary for “The Music Man JR.” performances. 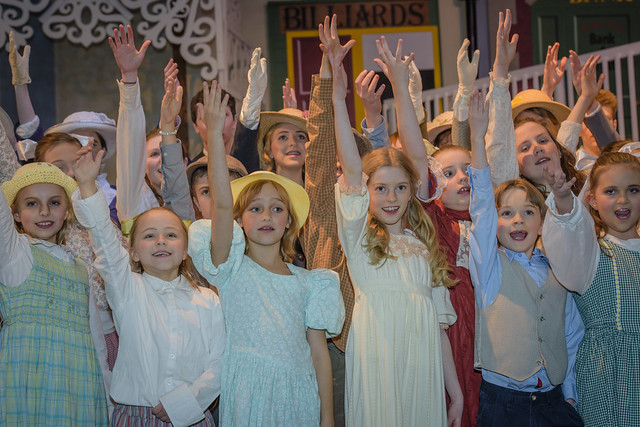 DeBruyn said, “In my previous church, we worked a lot with the homeless population. Here, it is the theater ministry. My motto is ‘Do what God puts in front of you,’ so they [Mark and Kathy] were obedient to what God put in front of them. This seems to be rare in many churches, so it’s exciting to be part of what God is doing here.”

Opportunities for the Ministry
This summer, CGFAA is doing a one-week evening camp from July 27 — August 1, which will culminate in a dinner theater production called “Meet Me at Luigi’s.” This fall, CGFAA will stage two productions, “Mulan” and “Annie,” in an effort to accommodate the presumed increase in audition numbers. Moreover, for the spring of 2016, they are already planning one musical, “The Wizard of Oz.”