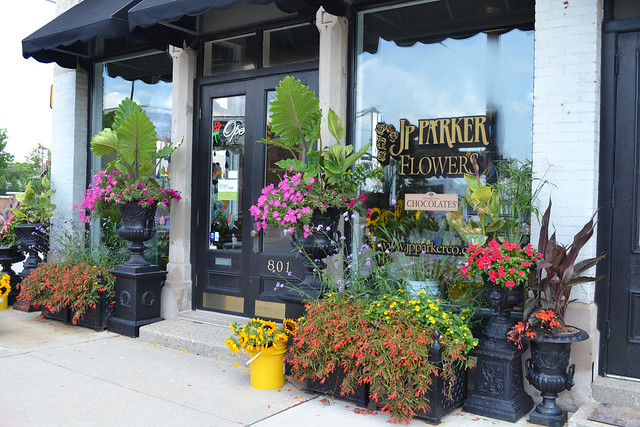 When Squire Parker bought his Needham farm in 1950, he could not imagine what his two granddaughters, Janet and Pam, would someday create. The family farm now supplies many of the flowers used at JP Parker Flowers. Their flower shops are located in Franklin and across from Shapiro’s Deli in Indianapolis.

Pam started the business after returning to the family farm in 1983. Pam had been studying and working in Minnesota. She had a successful career as a general manager and designer for a large floral company. “I majored in education at the University of Minnesota, and somewhere along the line I knew I would be a lousy teacher, so I switched to art and horticulture,” Pam said.

The farm is now home to Pam and her husband, Larry Tucker, whom she fondly refers to as “a big part of the business.” They annually grow more than 300,000 sunflowers, which are among Pam’s favorite blooms along with peonies and many other varieties.

Pam’s niece, Laura Showalter, stays busy supplying farmers’ markets throughout the Indianapolis area with fresh flowers. Proceeds from flowers sold at the Franklin farmers’ market are donated to the community’s charity of the week.

When Pam began her company in 1986, the new business perfectly combined her passions for design and flowers. JP Parker Flowers’ designers specialize in unique combinations ranging from Asian influence to vintage.

The business doesn’t focus on the arrangements alone. It also encourages communication between the floral designers and the clients. “We love flowers and we’re passionate about flowers, but we’re actually selling customer service,” said Pam. “We focus on getting to know our customers. We listen and communicate to find out what their likes are.” 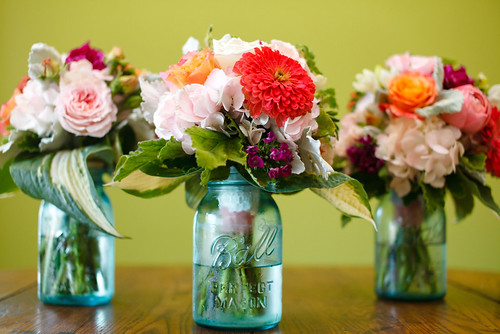 For weddings, most of the communication is with the bride and her mother. The designers typically sit down with each bride to go over examples and trends in wedding flowers. Pam noted that weddings involve planning and coordination with other components of the ceremony.

With funerals, the designers listen to the clients and suggest appropriate flowers.

“Often the arrangement depicts the time of year they passed away,” said Pam. Being sensitive to people during their period of grief is extremely important to Pam. She looks for themes that memorialize their personality and likes.

“I read the obituary to get a feeling for the person. If it’s a man who liked to fish or hunt, we don’t want to do daisies.” Occasionally obituaries will use the phrase “in lieu of flowers,” which Pam considers misleading because it implies the family doesn’t want flowers. “Flowers are sent in memory of the person to ease the families’ grief,” said Pam. “Like music, flowers establish an atmosphere of reverence and beauty.”

Operating a small business with two locations has its challenges. An integral part is the business side of JP Parker Flowers, not just the creative side. “Not only do we have award-winning designers, but the back-up staff is just as important,” Pam said. “These are the people who help the business run smoothly.”

Having been part of personalized events, feedback is something Pam relishes. “To receive five years later a Christmas card from a couple with their family on it is the joy of owning JP Parker Flowers. We simply care about those we serve.” 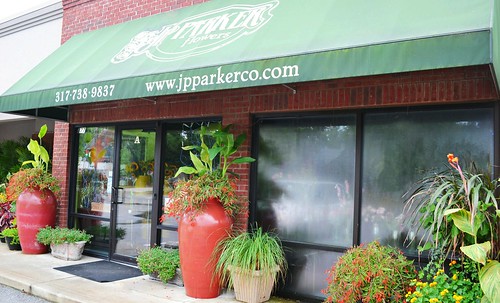 Dancing with the Johnson County Stars