Heartfelt words from Center Grove resident Nancy Church as she reflects on her recent 50th anniversary to her husband, Woody. The couple celebrated their milestone anniversary December 26, surrounded by their two grown daughters and their families. 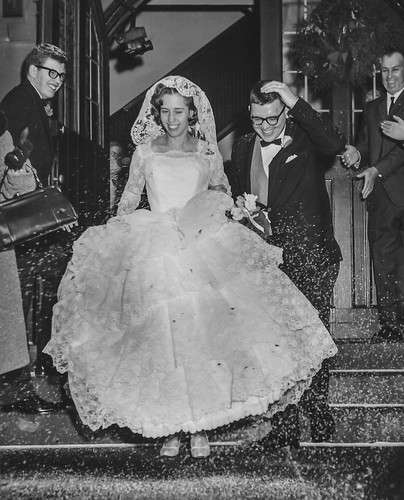 The Churches love story began over 55 years ago — Nancy a seventh-grader and Woody a ninth-grader.

Forever etched in Woody’s mind: a clear remembrance of young Nancy on a school playground in Ashland, Kentucky. He recalls her appearance with fastidious detail. “I remember her olive-brown skin, white blouse, tartan plaids and burgundy oxfords. I thought to myself, this young lady is stunning! Unfortunately, it took six years to get a date.” To that, Nancy smilingly adds, “Because I was in the seventh grade and not dating.”

It wasn’t until Woody graduated that he and Nancy would share their official first date. “We saw the movie ‘Rome Adventure,’ set in Rome obviously, with cascading fountains and this young couple in love. It was superimposed in my mind that we were watching a love story unfold on screen and in real life,” remembers Woody. Nancy adds she was drawn to Woody well before this first date. “I knew he was a Christian; that drew me to him – his character and Christian witness.”

The couple, both with parents married over 50 years, dated for two and a half years. Woody proposed during Nancy’s freshman year of college. “I asked Papa [Nancy’s dad]; he said yes with my promise to let Nancy finish college once we married,” shares Woody. With his blessing, the two married just two months later. After marrying, they moved to Lexington, Kentucky, and Woody kept his promise to Nancy’s dad, working full time to pay for her education. Woody would not go back to college full time himself until Nancy earned her degree in education from the University of Kentucky. 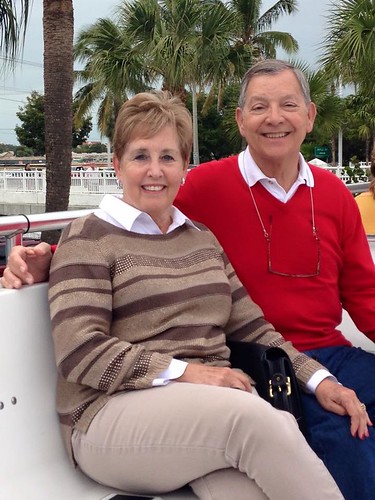 During their early marriage years, Woody earned his degree in biochemistry and served as Medical Service Corps Officer in Vietnam. Their first child was born while Woody was away (he met his daughter Marianne for the first time when she was three months old).

Woody came back early from the war with a noncombat injury. During this time, he felt God calling him to full-time ministry. “In the war, I prayed with people who were dying. When I look back at Vietnam and the army hospital at Ft. Knox, so many people came to know the Lord because I just sat and talked with them. I couldn’t comprehend that you wouldn’t share your faith with someone, and so I did. This was not a coincidence but a God-incident.” Woody enrolled at Asbury Seminary and earned a Master of Divinity degree in 1974. During his senior year, the couple had their second daughter, Luann.

For 20 years, Woody served as pastor of multiple churches in Kentucky. Their family moved to the Center Grove area in 1990 when Woody had the opportunity to work in pastoral care and begin as a biblical counseling program at Community Church of Greenwood. Around this time, Nancy began teaching in Center Grove schools, retiring in 2009. For over 25 years, Woody has worked in Center Grove as biblical counselor with not only CCG but also at Rod and Staff ministries, a counseling center he founded. Currently, he works part time in pastoral care and counseling for Stones Crossing Church.

For Nancy, “adventure” depicts their story. “We never knew what was right around the corner.” To that, Woody playfully adds, “Hey that movie we saw on our first date was called ‘Rome Adventure,’ remember?”

“He’s always full of surprises,” said Nancy. “I never dreamed he’d go into ministry, although I knew he was a dedicated Christian. Moving to Indiana was a big surprise, and I still haven’t completely gotten over that one! Starting Rod and Staff was a big surprise too. I remember asking him, ‘Why are you starting this at your age?’ People in their upper 50’s don’t do things like this!”

“Was I really in my upper 50’s?” asks Woody.  “See, this brings out our differences. She has exactness, and I am more of a ballpark person!”

Different, but bonded by the important

Speaking of differences, both freely share that, in many ways, they’re opposites with different personalities and interests. “We’ve accepted our differences and gone with it. Although we see some things differently and have different interests, we are bonded together by what’s important — our desire to serve God and love for our family.”

To this, Woody adds, “Part of what’s kept us on track is choosing a life verse from the bible. For the first 25 years of our marriage, it was Matthew 6:33: But seek first His kingdom and His righteousness, and all these things will be given to you as well.” After 25 years, we changed it to 2 Corinthians 5:9: And so we make it our goal to please Him. So, you can see, even though we’re different, we are on the same page with God’s word directing us in our hearts and in our minds. Even with our differences, it has kept us on the same road.”

Both agree the biggest struggle in their marriage has been Woody’s health issues. For 41 years, Woody has been a brittle diabetic. “When he was diagnosed, the doctors warned us that his body was very fragile. We never imagined we’d make it 25 years in marriage, much less 50,” shares Nancy. 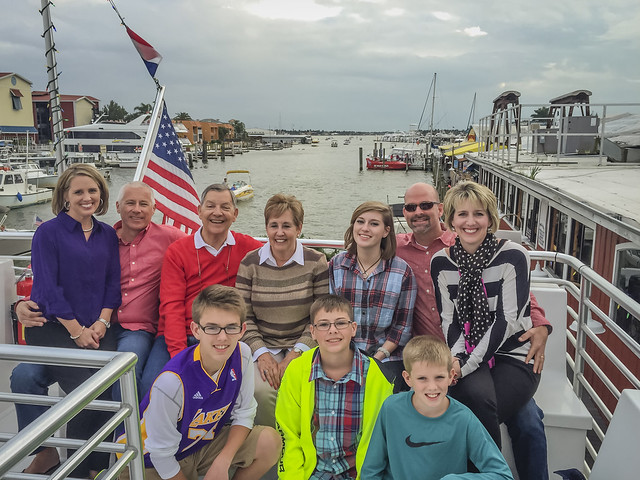 Woody’s health issues have caused both to live with a unique perspective on time. “My idiosyncrasy is you can’t go into any room in our house without finding a clock,” said Woody. “They remind me to redeem my time. Coming back from Vietnam diagnosed with diabetes made me to realize that I can’t waste time. I have to redeem it. For us there’s a spiritual application as well; we want to use our time for eternal purposes.” Woody adds a wise friend once reminded him, “Today is called the present. Yesterday is gone. Tomorrow is not guaranteed, but today is here and it’s called the present … every day is a gift.”

Nancy joyfully adds that living day to day has blessed their family. “We probably appreciate each day more than most. For every great family time we share, we know this could be the last with Woody’s health issues that have included diabetes, major heart surgery, stents, kidney failure and muscle deterioration. We celebrate everything at our house … we make up things to celebrate!”

Daughter and Center Grove resident Luann Luck feels gratitude for her parents’ legacy. “I’m so thankful to celebrate 50 years of marriage with my parents,” she said. “They’ve faced many challenges together, but knowing Christ has made all the difference for my parents. I’m very grateful for the example they’ve been to me and many others.”

What pearls of wisdom would Woody and Nancy share with other married couples? Pray together. “We pray together every night. It’s part of the cement that has held us together although we’re so different.”

Nancy shares this sentiment, “If you are praying together, it’s not his or her way, but God’s way.” Nancy adds that she’d encourage married individuals to put the other’s person’s needs above your own. Our natural tendency is to put self first. It’s a blessing when we put God first, others second and ourselves third.”