Love for the Ages: Brad & Flora Valentine of Center Grove 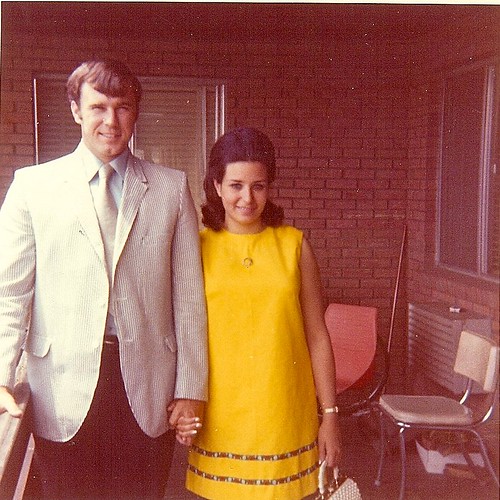 Valentine’s Day. A day to celebrate romantic love with cards, flowers, chocolates and other gifts. A day of expressing “young love.” Finding just the right gift, to send just the right message. Hoping that the focus of your affection will remember you or accept your token of love.

But what happens when it all goes as planned and the one you love, loves you? What happens after the courtship, if I may use such an antiquated word, after your life together begins? After the plans change and the hot coals of romance, become the glowing embers that keep you warm?

This year for Valentine’s Day, we celebrate not the coals, but the embers. The love that endures “for better or for worse.” We take an intimate look at two couples and how their love has thrived for decades. While their individual stories are unique, many others have gone down a similar road. At the same time, they stand out as examples of what it takes for love to persevere. They stand out as examples of what Valentine’s Day can really mean.

In 1968 after meeting in a UMass-Boston graduate class, neither Brad nor Flora Valentine would have guessed three years later they would move to Indiana. Even though both were pursuing master’s degrees in school counseling, their odds of meeting were slim. Flora grew up in suburban Boston while Brad spent his childhood in Trotwood, Ohio.

Brad joined the Navy after high school, serving on a submarine stationed out of Pearl Harbor and later in New London, Connecticut. He graduated from Tufts University, majoring in political science and economics. After teaching junior high social studies and English for a year, Brad became a school guidance counselor.

When they first met, Flora worked for the state of Massachusetts as an employment counselor. “I thought he was interested in my girlfriend at the time. Then he asked me out, and we were engaged and married within a year [August 17, 1969],” said Flora. They enjoyed working in Boston’s Catholic schools but soon realized they would need to move to further Brad’s career. 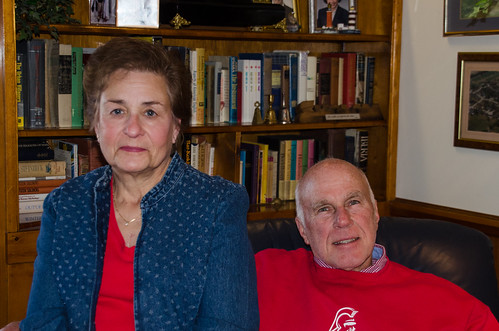 When school officials called from Crothersville, Indiana, Brad and Flora drove 950 miles for the interview during which he was offered the guidance counselor position. “I think we had the interview and went house hunting the same day. They helped me get a maternity leave in nearby Jennings County. We made wonderful friends there,” said Flora.

Always being near extended Jewish family in Massachusetts, Flora’s move to Indiana required cultural adaptation. “One of the townsfolk invited us to their farm for a hog butchering. Then we made sausage. Here I was, the Jewish lady stuffing sausage,” chuckled Flora. She soon “lost” her East Coast accent.

When Flora was pregnant with their oldest daughter Staci, Brad accepted the principal’s position at Veedersburg High School. Flora decided to stay home with their daughter, while Brad worked to finish his Doctorate of Education in School Administration through Indiana University in 1975.

At IU, Brad met Lee Webb, the Superintendent of Center Grove Schools. In 1977, Lee offered Brad a job as Assistant Superintendent. After moving to El Dorado Estates where they currently live, their second daughter Rachel was born in March 1978. Four years later Michael completed their family.

While Flora is Jewish, Brad was raised in the Brethren Church. Her rabbi advised them to “concentrate on the sameness of their values.” After they became parents, Brad converted to Judaism so they would be a unified family. 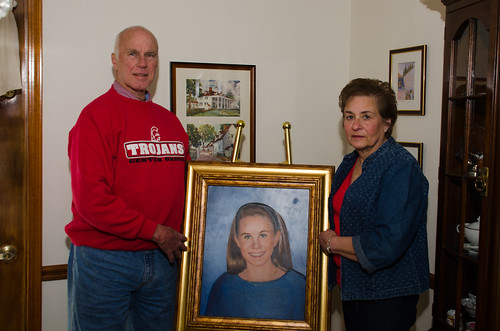 Making It through Tragedy

Fast-forward 15 years to January 31, 1993. It is Super Bowl Sunday. After Brad and Flora attended a local party, they came home to devastating news. “Your heart will beat more quickly when you see a sheriff’s car in your driveway,” said Brad. Rachel had died in an automobile accident on Mullinix Road. “It was a very dark time. I stayed in a lot. I couldn’t go to a wedding or birthday party,” said Flora.

The Valentines suffered together and separately. “Men and women grieve differently. Brad was ready to move on much more quickly than I was. He kept saying, ‘I want people to know we’re all right.’ I wanted people to know we weren’t.”

Brad often visits Rachel’s gravesite located in the Jewish Cemetery in Indianapolis. “There’s not a day goes by I don’t think about Rachel. Life and relationships now have a different perspective. A bad day is when you lose a daughter,” said Brad.

Rabbi Stein, who counseled Flora, reminded her that it takes at least three years to move forward. After Michael entered high school, Flora became involved in his activities. “Michael was my rock at this time. He asked me to help Mrs. Kersey with the musical Fiddler on the Roof.” She also found fulfillment in working as an academic adviser for University of Indianapolis nursing students.

Both believe in serving the community, expressed in Hebrew as Tikkun Olam, “to fix the world.”

“We feel you should leave a community better than you found it,” said Flora. Brad has served on various Center Grove sports boards and as a Girl Scout leader for both daughters’ troops. Flora has been president of the Center Grove Scholarship Foundation for over 15 years. Now they enjoy spending time with their three grandchildren and following the University of Northern Illinois sports teams where Michael works as equipment manager.

Regarding marriage, Brad said, “Be patient. Don’t try to change the other person.” Flora added, “Don’t lose yourself in a marriage. You won’t be happy later on. Be supportive, too.” For the Valentines, marriage means commitment.

All You Need is Love