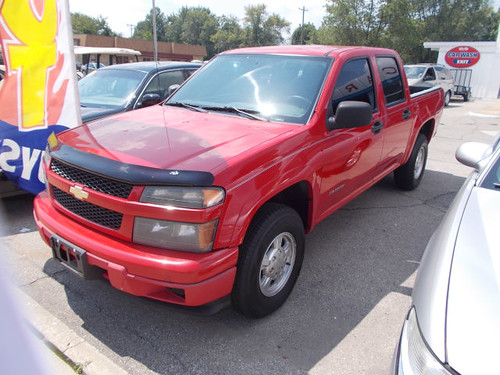 Not only did our son turn sixteen, he purchased his first vehicle. The vehicle of choice is a 2004 Chevy truck. It was his grandfather’s with very low miles. The purchase was a lesson in saving.

He had to come up with a predetermined amount of cash for the truck. For every dollar he saved, we matched. However, unless he came up with the amount that was stated, there would not be a match, let alone a truck in our driveway for him to use once he was licensed.

Our thought process was that if we just buy him the truck, he wouldn’t take as much pride in it. Our son wouldn’t be as concerned about its condition inside and out if we just handed the keys to him. I wrote in a much earlier column that we believe our kids should have skin in the game; this is just that, skin in the game.

Our son saved birthday and Christmas money. He saved commissions that were earned over the course of a few years. This last summer, he started mowing a friend’s yard one to two times per week.

Much of the money he earned, he had set aside for the truck. He is looking forward to the freedom of having a driver’s license next March (weather permitting). But he’s not done yet.

Now the discussion has turned toward insurance and gas. How is he going to make as much money during the winter and spring as he did in the summer and into early fall? Granted, we don’t expect him to pay for everything but these have been good talking points about the importance of managing your money as well as keeping the grades up to maintain the privilege of driving.

I am of the opinion that we should start sharing how we handle money with our children when they are young. It’s a little too late when they are getting ready to leave the safety of our home to go to college or start working full-time.

Money was a mystery to me when I was growing up. I didn’t understand how to earn it or how to prioritize where the income should go. I learned quickly late in high school and college. During my early post-college days, I felt like I had more money than I knew what to do with. I learned that it goes quick when you pay rent, utilities, gas, insurance and the fun stuff that comes with being on your own for the very first time. It took lots of practice and mistakes to get better at managing money.

I don’t want it to be that hard for my boys. My desire is that they understand the hard work that goes into making an income and prioritizing their needs and wants. So far, so good, based on our oldest son’s experience. Here’s hoping he continues down this path and that he can truly rely on himself to make the right choices when it comes to money when he is on his own. If that ends up being the case, I will know that we have done well and that he will be okay in the world on his own. That’s not to say I won’t worry, I am his mom after all.