It opened in May, 2014 but Moody’s Butcher Shop waited until June 17 to hold its official ribbon cutting. The store, located at 862 S. State Road 135 next to McNamara Florist, is their third suburban Indianapolis location offering local meat and other locally sourced food. They opened their first store in Avon in 2002, and added a second in Zionsville in 2012. 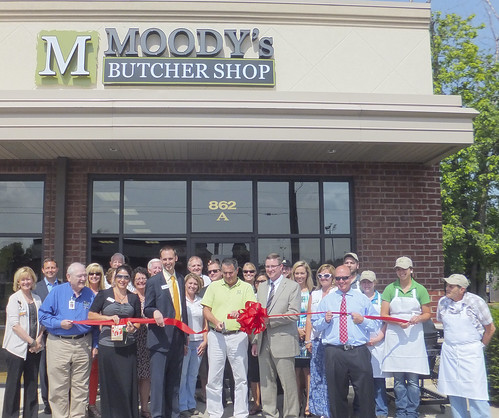 Meat at the shop comes from Moody’s Ladoga farm and from other Indiana farmers. The store offers produce from a new local family business: Indy Family Produce. Locally grown produce is a new venture of Indy Family Farms. A wider selection of produce is available at their location west of State Road 37, north of Smith Valley Road. Various local restaurants use Moody’s meat and Indy Family Produce. Both will be available at other retail locations in the near future.