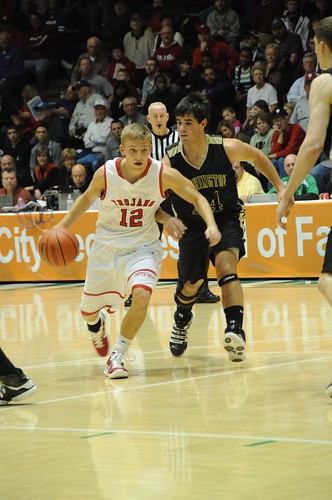 One of Center Grove High School’s most revered student-athletes has finally found what he’s been seeking since his high school graduation in 2011. Jonny Marlin enjoyed a celebrated career, playing four years of varsity basketball under veteran head coach Cliff Hawkins from 2007-2011. Marlin’s accomplishments were many, including a school record for assists, all-state honors his senior year, three Johnson County Tournament titles, the MIC Conference Title in 2010, a 2010 Hall of Fame Classic championship and the 2011 Sectional title. All of that success left Marlin longing to find that perfect team and culture again.

Marlin’s search began at Indiana University-Purdue University Fort Wayne (IPFW) where he was the starting point guard in 2011-12. “After my freshman season, there was a calling for me to go somewhere else,” Marlin said. “I left IPFW not knowing where I would go. I just trusted that God would provide that answer.” 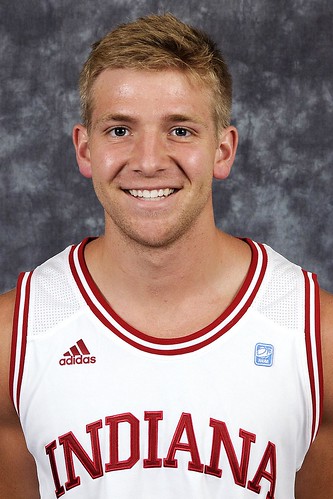 “Growing up 45 minutes from Bloomington and playing for IU is what you always dreamed about,” said Marlin with a smile. “It’s pretty cool running out to 17,000 fans at Assembly.” Marlin had to sit out for a year due to NCAA rules. The next season, he played 18 games and was named to the All-Big Ten Academic Team.

Still Searching
After two seasons of Division I basketball, Marlin was still searching for the chemistry he had on his high school teams. He recalled his high school basketball coach, Cliff Hawkins, telling the varsity players that high school would be the greatest team they would ever be a part of. “My first three years [of college] I felt like that was true,” said Marlin.

“Jonny Marlin is one of the very best players that I ever coached,” recalled Hawkins who was impressed with Marlin’s strengths as both a player and a student. “Jonny is the complete package and what a great testament to what athletics is truly supposed to be about. It just so often doesn’t happen because it is emphasized the wrong way. He’s always kept a great perspective with that.” Hawkins credits Marlin’s perspective and sincerity to good parenting.

“If I could take and try to design somebody that I would want to be my son, I don’t think it could be any different and be any better than what Jonny is,” boasted Tony Marlin, Jonny’s father. The elder Marlin gives a lot of credit to Jonny’s mother and the support of his grandparents. That support helped Jonny decide to leave IU.

“I guess at the end of the day there are just things that as far as the culture of the [IU] program and me just wanting to play again led me to IWU (Indiana Wesleyan University),” Jonny said. A family friend encouraged him to visit IWU and realized right away he’d found the program and team he’d been searching for. “It’s awesome. My first day there, it’s in the summer for an open gym. I thought we were going to break it down so we go to center court. I get in the middle; they stand around in a circle; I step back and they start praying,” Jonny recalled. “I love that. For me that was a neat moment. That’s something I longed for. That was a pretty cool sign for me to witness.” 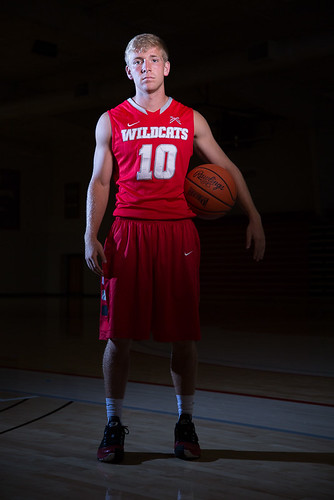 This season, Jonny has helped IWU to its seventh straight league title and a season-long national No. 1 ranking. He’s averaging 13 points and eight assists per game. In February, he was named National Player of the Week for NAIA Division II

Jonny has one more season of eligibility next year. After that, he hopes to move to the sidelines. “Ultimately, one day, I want to work with kids, whether that’s in a basketball setting or youth ministry,” said Jonny. He’s spent the past several summers training young talent in Center Grove.

“He studies how he can get better at teaching the kids because if he’s going to spend time with them, he wants to make sure it’s worth their time,” said Tony. “I couldn’t be any prouder of him and all of his accomplishments. I think Jonny has done life the right way from day one.”

A Look at the New ISTEP Test