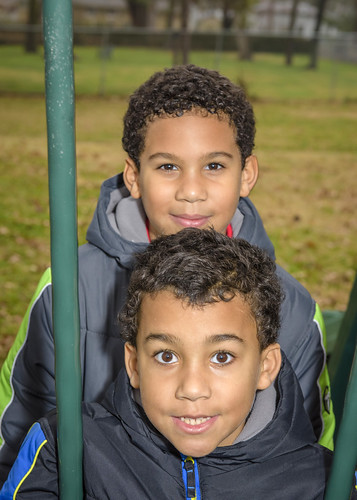 Caring for a single child can be a difficult and sometimes stressful prospect; caring for more than one child can add to the anxiety and strain. Further that with multiple children who are the same age. This is why SouthSide Parents of Multiples (SSPOM) exists: to offer support and encouragement to parents of twins and higher-order multiples.

Opportunity for Support
“When I had my twins, they were my first babies. I was terrified as a new mother, even more so as a mother of two babies. I wouldn’t take them many places at the beginning because of the hassle of having to take pretty much two of everything,” said Susana Haywood, mother of four and SSPOM member and coordinator of its Children’s Events. “Joining SSPOM made me realize that others were in the same boat, and I was able to get great advice on making outings easier from the other moms that had older twins.”

SSPOM Vice President Nichole Elizondo was driven to find a network of parents who understood what she was going through. “A lot of us joined because we needed to find someone we could relate to; it makes the biggest difference,” she said.

Each group member comes in with her own experiences at parenting and the chance to offer support and encouragement to other members. Even for those who have twins but also have singletons, they can often relate to those with higher-order multiples.

“I’ve never had the chance to just have two. I had one and then twins, so I’ve mostly been outnumbered … so I can sympathize with parents of higher-order multiples,” said Laurel Castelot, co-president and mother of six boys, ranging in age from 7 to 21 years old. “I can relate to not being able to grab all the kids at once.”

SSPOM is not simply about support and encouragement. Through it, many friendships have begun and deepened over the years. “SSPOM has been a blessing to me,” said Rebecca Jones, co-president and mother of 8-year-old fraternal BG (boy/girl) twins. “I have met some wonderful people and now have friends that I will have for the rest of my life.” 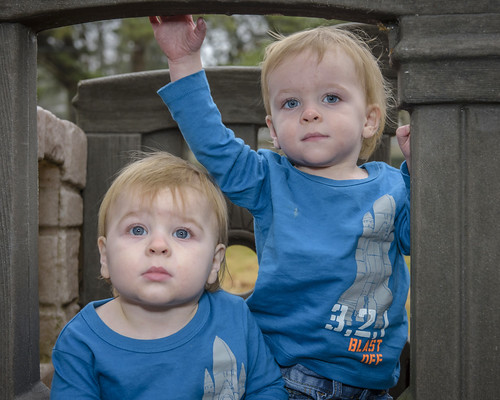 Opportunity for Education
After joining the group, Haywood realized there was another opportunity awaiting her in the public realm: the chance to educate others on twins. “Once I gained the confidence to go out with the twins by myself, it became easier and easier. It was then when I learned another challenge of being a mom of twins: the many stares and questions from curious people. I took that as an opportunity to teach people about twins. It’s even funnier when we have play dates in public places, and there are several sets of twins in the group. People are fascinated by it!” she said.

Opportunity for Connection
Meeting once a month at St. John’s United Church of Christ (just off East Street in Indianapolis), SSPOM runs the gamut on its topics and activities. “It may be as simple as a craft, making freezer meals, Zumba, essential oils or guest lectures on schooling or financial planning. We welcome outside speakers for certain topics. The board determines a tentative schedule with input from members for the year that includes specific programs for each month,” said Jones.

“For example, every year around Christmas, we have a cookie or brownie in a jar program. We always make a lot of extras to hand out to St. John’s Church. We will also have random hobby nights. You can bring an activity you are working on and enjoy snacks while having adult conversation.”

In addition to their monthly meetings, the group also has monthly “Moms Night Out” events, periodic play dates for the children, Children’s Parties (four per year) and a Family Picnic each summer.

SSPOM offers the flexibility to attend as many or as few events as desired. “I was very intimidated when I first started coming to meetings. I started off slowly, attending meetings when I could. As the twins have gotten older and more independent, I can attend and participate more. I have learned the club becomes what you make of it,” said Jones.

“There is always someone that has been there and dealt with whatever you are going through now. It is great to have people to talk to when you need advice or suggestions. If you can attend all the meetings and activities, that is great; if you can’t, we totally understand because we have all been there. Everyone has families, schedules and things we have to do.” 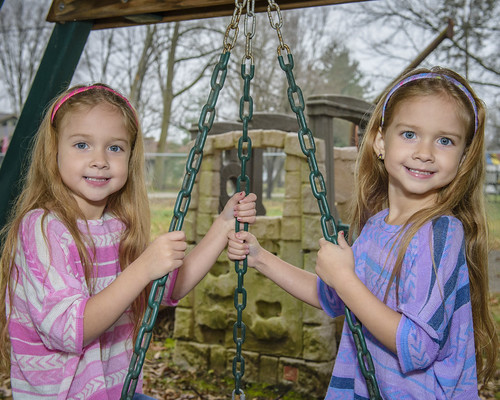 Opportunity for Service
However, in addition to helping one another, the group also seeks to be civic-minded. “We are a nonprofit organization, and we allocate funds to help families in need as well as support programs in our community. Last year, for example, we donated money so that several kids could attend the HEAR Indiana camp, among other things,“ said Haywood.

Much of their funding comes through their Bi-Annual Clothing and Large Equipment Sales. The next sale is slated for March 12 from 8 a.m. to 1 p.m. at Clark Pleasant Intermediate School. Parents or expectant parents of multiples only are allowed early admittance at 7 a.m. Additional information can be found on the SSPOM Sale Group page on Facebook.

Opportunity for Membership
Initially founded in 1956 as “SouthSide Mothers of Twins Club,” the group changed its name a few years ago to include higher order multiples and fathers as well.

SSPOM, however, is part of something much larger than itself; this nonprofit is the local club of the national group “Multiples of America” (which can also be found under “National Organization of Mothers of Twins Club”). The $27 annual SSPOM dues cover the cost of various things, including each family’s membership to the national organization – an organization “dedicated to supporting families of multiple birth children through education, research and networking.”

New members can join at any point in their “multiples journey”; some members join when they are still expecting, while others wait until later on. Membership of SSPOM ebbs and flows but ranges from 50-90 members.

For more information or to contact SSPOM, visit the website at sspom.org or nomotc.org for more on the national organization, Multiples of America.