Spirit of Sharing: Inside India with Dr. Doug Harty 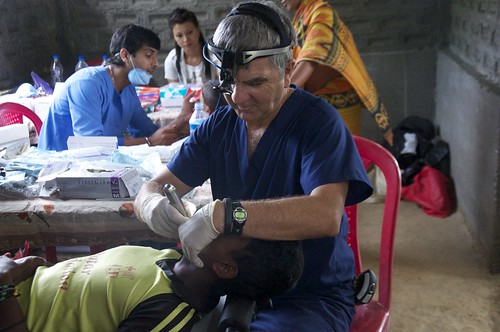 Doug sees a patient while his Indian colleague Sakat works in the background.

Personifying this season’s spirit of sharing, local dentist Dr. Doug Harty understands what it’s like to receive and to give. A recipient of a liver transplant 18 years ago, Harty understands the power of sacrifice. As a Christian and as a medical professional, who has participated in nearly 120 short-term missions trips in 15 different countries, Harty lives a life of giving through service to others.

Yet Harty, a 1975 Center Grove High School (CGHS) graduate, learned empathy for the poor not overseas but in Bloomington, Indiana. When he was in fourth grade, his father, Ray Harty, overheard a woman who worked for him say she needed a bike for her son’s Christmas but couldn’t afford one. Doug accompanied his father as he left one anonymously on her front porch. In seventh grade Doug visited, as part of his school’s service club, a local impoverished neighborhood.

“It was one of those November days where it was raining, muddy, gray and cold,” said Harty. “I saw people who lived under tar paper and cardboard and I was completely shocked. I couldn’t believe people actually lived like that.”

After his younger sister Pam, a 1976 CGHS graduate, and her husband John VanDeWerff, also a dentist, went to Honduras in 1985, Harty joined Medical Group Missions to serve in the Dominican Republic March 1985. Almost 30 years later, Harty makes two to three overseas mission trips a year. And with 25 trips to Haiti, where Dr. Bill Rutherford and he assisted after the 2010 earthquake, Harty published his first book, “From the Roof,” which chronicles his experience there.

Dental Clinics
Another favorite mission partnership involves Central India Christian Mission (CICM) in Damoh, India. After hearing CICM founders Drs. Ajai and Indu Lall speak at Indian Creek Christian Church, Harty wanted to serve there. Harty visited India for the seventh time in September for three weeks, but this year’s trip included a first — he traveled alone. But he didn’t work alone. CICM dentist Saket traveled with Harty to the Nepal border, where they set a record of treating 118 patients in one day.

“The flow of the clinic was beautiful, our chemistry was amazing and at the end of treatment, each patient received antibiotics, analgesic, a toothbrush and Sensodyne toothpaste as the number one complaint was sensitive teeth,” said Harty. 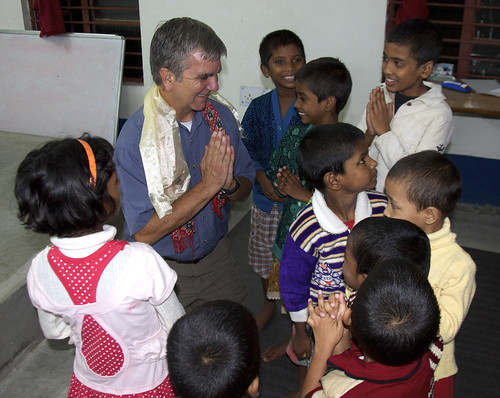 While on mission trips, Harty sends out emails to over 230 people, often telling funny stories, describing locales and sorting out his emotions while experiencing extreme poverty. While in Nepal, he shared a story about treating a 15-year-old girl who, when asked where it hurt, replied in Bengali, “In my mouth.” Both her mother and the translator yelled at her for being rude.

“I burst out laughing, which broke the tension of the moment,” said Harty. “They asked what was so funny and I told them that this was what teenagers do when asked such an obvious question. They did not believe American teenagers would do such a thing, which even made me laugh harder. I had won her over as a friend because as she left, she said I looked like George Clooney, which made the clinic laugh.”

Cultural Sensitivity
Dr. Harty continued clinics the next day in Darjeeling where he extracted a rotten molar from a man with leprosy. Because it was hot and crowded, Harty prayed with the patient as he always does on the mission field. Only this time was different. Even though the man sensed the American dentist was in a hurry to see the next patient, he took the time to caress Harty’s hand with his own diseased one, which struck a deep realization within him:

“I know I have seen so much that my heart is calloused in many ways, but I am thankful that God brings someone like this man to peel off some of that dead tissue that surrounds my heart and refreshes it to beat a little cleaner, like for the first time. I love the slums. I love the people who live there because they teach me how to live again.”

Another trip highlight came when the dental team arrived in an area where Christians are often persecuted for their faith. There he met people who have suffered and lost family members simply because of their beliefs. However, Harty clarifies that global persecution is not always one-sided.

“I also want to be clear that although the Christians are being persecuted here, if you look at the Central African Republic, the Christians are brutalizing Muslims even as they are being escorted by the military to a safe zone and other countries. We, as Christians, have a long history of this kind of activity as well. Ultimately the extremists of any religion are the bad guys,” he said.

Extreme Poverty
Like much of the world, India experiences not only extremist uprisings but also issues with human trafficking. And many people in these areas live under the international poverty line, which is estimated to less than $2 a day according to the World Bank. Through his travels, Harty has witnessed how those who live below the international poverty line may sell their older children in order to avoid starvation for the younger ones. 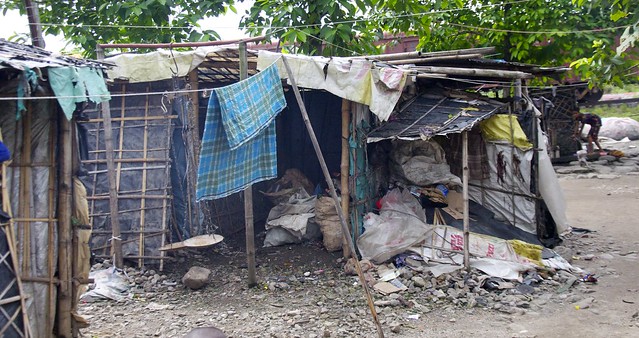 Churches in India are doing their part to provide bags of rice and encouragement. Harty was humbled to meet some of the women who visit slums every night.
“I was honored to meet them and they wanted me to say something to those gathered at the church. However, what do I say to people who are doing exactly what the Bible says – helping and loving the poor? So that’s what I said and was humbled beyond words,” he said.

Before returning to Greenwood, Harty spent time at CICM and worked in their dental clinic. He enjoyed time with the kids housed at their Children’s Home, and sharing the pulpit with Dr. Ajai Lall. Before he left from Delhi, Harty was able to set-up one final dental clinic for Afghani refugees, which included both Christians and Muslims. His contact was a pastor who had converted to Christianity. Because of this, he is pursued by death squads and is in constant danger. However, his ministry extends to Muslims who also have fled Afghanistan.

“My first patient was clearly Muslim, and I greeted him in the Muslim way, and that caused quite a stir, but the pastor was smiling,” said Harty. “Everything is translated from the language this group is from (several dialects exist in Afghanistan) to Hindi and then over to me in English. The stir was because I was honoring who they were, which I have tried to do everywhere I have worked. It’s just polite, but was significant that I was culturally sensitive – and it matters, especially in this case.”

While Harty’s philosophy is based upon empowering the poor with the Gospel, he sees value in working with non-governmental organizations (NGOs) that focus on microenterprise and revolving loans. Harty tells of an Indian woman whose son had heart issues. She sold snacks to support her family. Onein.org, a local NGO, provided an interest-free loan of $25, or 600 rupees, for her to buy more materials. “In her first week, she already made her first payment. When she pays the $25 back, she will receive another loan to grow her business,” said Harty.