What Should We Do With These Stories

Ernest Hemmingway wrote,
“Writing, at best, is a lonely life.” 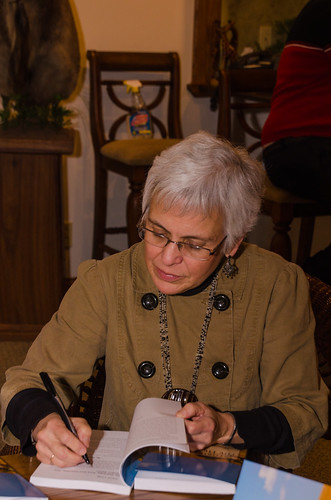 Like popcorn rapidly expanding when heated, a Bible study for writers begun to address that need in 2006 has grown into Heartland Christian Writers. The nonprofit literary community, led by founders Janet Hommel Mangas and Joyce Long, emerged because useful writing feedback, encouragement and camaraderie undergirded in prayer met a need.

Long added that the group is committed to wholesome writing that would glorify God.

Writer Lorraine Richardson says, “The critique portion of our meetings is done in loving, respectful but instructive ways. Genuine love has held the group together. There are no age or gender barriers; it’s a cumulative effort of professional and ‘wanna-be’ writers sharing their gifts, expressing what God has motivated on the inside and relaying it to the outside world. Opportunities to grow in Christ are ever evolving.”

What Should We Do With All These Stories?

Over the years, the group produced so many fascinating stories that Mangas and Long wondered, “What should we do with all these stories?”

Real life stories such as Judy Coleman’s: Leaving work late at night in L.A., a man hailed her as she crossed the road to her car. There was a serial killer at large. Judy had to sprint past that unknown man to get to her car. They captured the killer at the place of her encounter a few days later.

Another from Mary Hershberger and her son: They faced a wrenching journey through an often-misunderstood illness. Writers also contribute thoughtful, touching essays such as those from Nicole Jonas, Pati Page, D.A. Greiner and George Allen which brought laughter and tears. Finally, the unique insights in devotionals by Don Cobb and Harold Taylor resonated with readers.

And let’s not forget poetry! Phyllis Garret hesitantly began writing story-like poems in her retirement years. Three months later, she was blooming and everyone was enjoying her work. 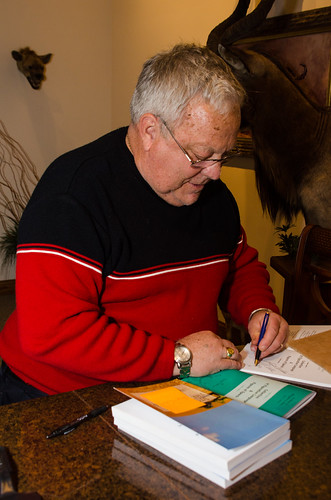 Fiction also has a place among the group members. Among others, teenager Hannah Rollett created fascinating short stories. Businessperson Frieda Dowler had the first book of her trilogy published when she joined the group.

“When I was ready to quit on my last [third] manuscript, Joyce Long was truly a cheerleader,” said Dowler. “Through her guidance, I was able to break through the discouragement and complete ‘Heaven Bound in a Hollywood World’. It is in production now.”

Mangas and Long saw a mutual dream fulfilled in November 2014 for Heartland Christian Writers with the publication of their first anthology of favorites. “Stories From the Heartland” includes 20 authors and can be purchased from Amazon. In December, the group gathered at a member’s home for an in-group book signing party. Books, laughter and pizza were a happy combination.

The group’s motto could well be Jane Bowman’s personal writing vision, a verse from Habakkuk 2:2: Write the message on a billboard, large and clear, so that anyone can read it at a glance and rush to tell the others. (The Living Bible)

Reaching to the Future Together