Dunham Rubber and Belting: 50 Years of Putting the Customer First 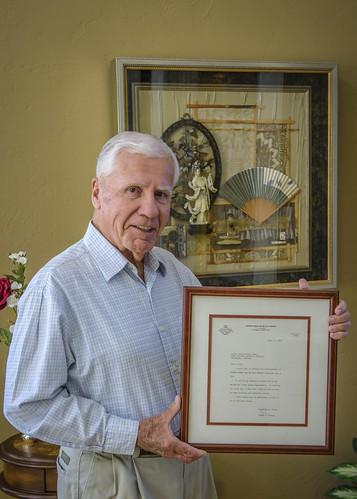 [dropcap]I[/dropcap]n 1965, Tom Dunham started what is now a 50-year success story out of his father’s garage. With just a pickup truck, $1,500 and the desire to start his own business, Tom went the extra mile – several times – and created Dunham Rubber and Belting – one of the longest standing companies based in Greenwood.

This success story started earlier in his life. After returning home from college in 1955 to live with his parents, Tom worked at several Shell service stations. Initially, he wanted to own a Shell station. After talking with a co-worker who worked in sales at a local rubber distributor, he was made aware of an opening in their warehouse.

He inquired about the position and was hired; however, the owner wanted to make Tom into a salesperson, not keep him in the warehouse. Tom took this opportunity to learn and was immediately put into sales – which then included picking up the phone and cold calling people to ask for their business.

Business and Personal Life Expand
In 1958, Tom was drafted and served in the U.S. Army until 1960. He then resumed his sales efforts in Southern Indiana. About two years later, a friend set him up on a blind date with Patty Crandall. One year later, they were married, and in the next year, they welcomed their first child; a second daughter was born in 1968.

Tom was encouraged by a regional representative for the manufacturer to start his own business. He thought about it, and upon encouragement from Patty, he received a loan of $3,500 in order to purchase rubber products to sell. In May 1965, he turned in notice at his job and started Dunham Rubber and Belting the following month.

He started simple with a company logo’d used truck and rubber products in his dad’s garage. He drafted a one-page letter to customers that he knew from his previous job, and many responded. Starting with just a few small orders and ongoing encouragement from his wife, Tom’s business began to blossom. So much so that he moved the business from his father’s garage to a storefront that Patty had found.

Many evenings, Patty and their daughter would meet Tom for dinner across the street from the business. He had an answering service during the day while he was out making sales calls, and Patty would check the messages and call them back. “The entire time, the Lord really blessed us,” Patty and Tom said.

Many opportunities turned into business, but one stands out. Tom knew of a concrete producer and wanted to meet him try to earn his business. Tom visited his office and was told by an office assistant he had just missed him. He asked what type of vehicle he drove, and upon learning, he swiftly left and raced down the highway, spotted the vehicle and waved him off the road. He introduced himself, told what he had to offer, and years later, he had 100 percent of this man’s business.

Tom knew that to own his own business and be successful, he had to take these kinds of risks – and they paid off. At this juncture, there was one employee other than Tom. Mr. Dunham worked 18 hour days, five days a week and sometimes Saturdays too.

This work ethic carries through to the current state of Dunham Rubber’s business – customer relationships are a top priority.

As business continued to grow, Dunham Rubber moved from the small storefront to an office on Madison Avenue. This office consisted of three rooms. About this time, Patty’s sister, Dottie, moved to Indianapolis. She was hired as the office manager at $1.75 per hour. Dottie became like a mom to the various employees over the years. After the location on Madison, Dunham Rubber moved to a larger office on Shelby Street – this time with an overhead door for actual deliveries – and employees were up to four. 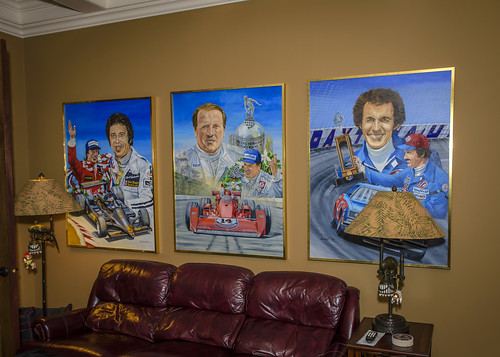 The Business Grows
In September 1969, Dunham Rubber moved into a new building on the southside which they eventually purchased. Bob McAllister, who had been instrumental in encouraging Tom to apply for the warehouse job years earlier, came to work for Dunham Rubber.

From 1970-1990, Dunham Rubber’s business continued to climb steadily. Tom didn’t spend much time in the office but was out on the road selling. During a sales call in Tampa in the mid-’80s, he decided to open Dunham Rubber in Florida which was open until 1999. He also had regular business in Phoenix, Arizona. During the time Tom owned the business, Dunham Rubber never laid-off an employee when recessions hit. They made financial decisions that impacted some, but no one lost their job, and all employees could continue to provide for their families.

As 1999 approached, talking to customers face-to-face became more of a thing of the past. Tom felt his accomplishments were fewer, so he had to think about the future of Dunham Rubber. He sold the company to Patty’s nephew, Tom Crandall, and Galen Knight – both long-time employees. Tom continued his business relationships in Arizona and Florida for a few years and then transferred those accounts to both his son-in-law and another recently promoted employee. In 2012, Tom Crandall made the decision to sell Dunham Rubber to five different people – one family member and four long-term employees. These five owners still own the company today. 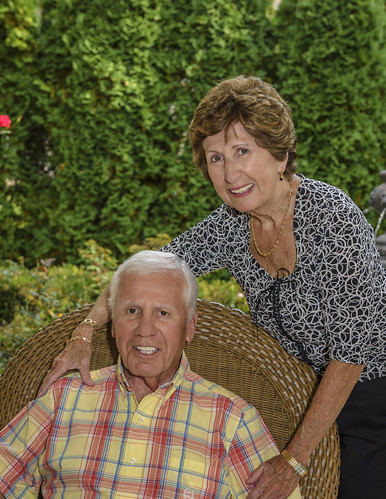 Their Faith Takes the Lead
Over the years, the success of their business was something Tom and Patty never took for granted. They always felt the Lord was watching over them every step of the way. With its success, Tom and Patty wanted to share their success. They met with a financial planner and started The Dunham Family Foundation. Their focus for the foundation was to help support causes that were near and dear to them.

Having served on the mission field through their church, support for missionaries became a focus for them, as well as Riley Hospital for Children. In 2008, Tom became a member of Riley Children’s Foundation Society Committee and specifically became more involved with the staff there as well as teamed with them to help support palliative care for families connected with Riley Hospital.

Retirement for the Dunhams has included some traveling, continuing to support local and regional investments such as Riley Hospital for Children, Riley Children’s Foundation, Wheeler Mission and mission work in Kentucky, South America and Africa.

Thank you to both Tom and Patty Dunham for being such outstanding role models for the community of Greenwood. With the business still going strong, it is a glowing example for others in how to run a successful family business.