The ninth annual Trail Trek 5K will be held on Saturday, Sept. 12 to benefit the Greenwood Trails System and support local elementary schools’ physical education programs. This special community event is both a five-kilometer race and an untimed five-kilometer walk/run. Individuals that come to compete as well as families that walk the course together appreciate this occasion that raises money for the Greenwood community.

An Idea to Promote a Safe Place 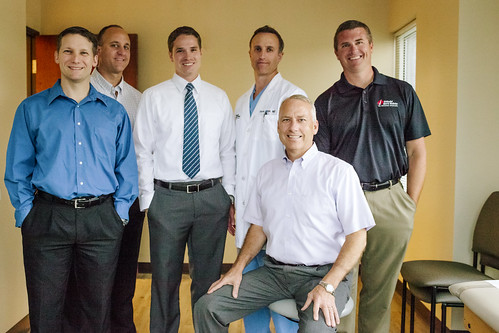 The event began in 2007 when local chiropractor Dr. Tony Origer recognized the potential that the Greenwood Trails System had to make a positive impact in the community. His three young daughters loved to ride bikes, but they needed a safe place to travel on them throughout the city.

The trail system “provided a safer way to get around the community as opposed to streets,” Dr. Origer explained. He realized that the network of trails could be further developed to provide an environment for running, walking and biking which could be easily accessed at different points. He thought a community walk/run would not only raise funds for improvements but also promote public awareness that the trails existed.

He pitched his idea to Greenwood Parks and Recreation, and with the support of Mayor Mark Myers, the Trail Trek 5K was born. In the years since, the money raised at the event has helped provide amenities such as water fountains, bike racks and trash receptacles as well as the expansion of the trails.

Participation in the event has quadrupled from the first race, which drew about 100 participants. Last year, increasing attendance enabled it to not only benefit the trail system but also to present monetary awards to in-area elementary schools — enhancing their existing physical education programs. Westwood Elementary and Our Lady of Greenwood won the top two prizes in the School Challenge for the highest percentage of student involvement and received $1,000 and $500 respectively.

Sponsors Make It Happen
For the last eight years, the Trail Trek 5K was supported by Origer’s private practice, Performance Chiropractic and Sports Rehabilitation. This year, the major sponsor is Methodist Sports Medicine which acquired Origer’s practice in Dec. 2014.

It was important to Origer that the merger included plans for the future of the Trail Trek 5K. When he joined Dr. Truman Alvey and Dr. Stephen Ritter at Methodist Sports Medicine’s new south office at 1401 W. County Line Rd. in January, he was glad they were interested in supporting the Trail Trek 5K. “It fits right into Methodist Sports Medicine’s other outreach programs that focus on getting people out and staying active,” said Origer.

“It’s a fun event that keeps growing each year,” Origer elaborated. “We are glad to have several sponsors that have supported the event for many years.” The ASICS Company donates a new pair of running shoes to the overall winner of the 5K race. Blue Mile gives a gift certificate to the leaders in each age division. Aqua Systems provides water, and Chick-fil-A has contributed fruit cups. The route begins at 8 a.m. at the Greenwood Community Center located at 100 Surina Way. While most of it runs along a portion of the Greenwood Trails System, a small part will follow sidewalks. “The idea is to create a safe route that people can duplicate on their own after the race is over,” stated Origer. There will be a water station at the midpoint as well as various vendors at the finish.

Registration for the event can be found on the city of Greenwood’s website, greenwood.in.gov. The cost for ages 11 and up is $20 (until Sept. 2 when it increases to $25) and $10 for ages 10 and under. A shirt is included in the fee. Greenwood Recreation Activities Coordinator Jeff Madsen is organizing volunteers. He can be reached by phone at 317-881-4545 or emailed at madsenj@greenwood.in.gov.

Becoming a Greenwood Tradition
This highly anticipated event has become a yearly tradition for many families who enjoy the opportunity to spend quality time together while doing something that benefits the community. It also draws runners from around the area who relish the challenge of the little over three-mile race. Whatever the reason, Origer explains, “Running or walking strengthens cardiovascular health and reduces stress. And walking is often prescribed for spine injury recovery.”

So grab your racing, running or walking shoes and plan to attend this fun event that will benefit both the Greenwood Trails System and local elementary schools.

The Challenge: Take the Corporate Cup to ...