Not many high school seniors head from graduation to being a small business owner in a matter of months, but Paige Truelove recognized and seized the opportunity. A 2013 Center Grove High School alumna, Paige is the primary owner and baker of Truly Lovely Cupcakes at 399 S. State Road 135. 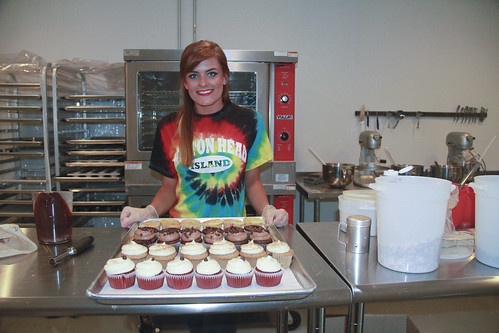 Inspired by her late grandmother’s old recipe collection, baking turned into a passion for Paige. As her confidence grew, Paige experimented with different ingredients to unveil a new cupcake recipe called the Snickerdoodle. One by one, family and friends claimed the cinnamon treat a success.

Entering her senior year, Paige was trying to figure out where her future should head, but she never imagined the journey she was about to undertake. In the winter of 2013, she and her mother were traveling State Road 135 running errands when they saw a ‘for lease’ sign in a store window. “Mom suggested I should look into the specifics of the store as a possible place to sell cupcakes,” Paige said. “Several weeks later, I had the chance to tour the shop, and I immediately envisioned what each room would look like and how it would function.”

Paige believes that sometimes life puts us in certain places for a reason. After touring the shop, Paige realized her passion and talents needed to be used by owning a cupcakery. “It was hard work,” Paige recalled with a smile. “I remember every free minute in the evenings and on weekends was devoted to the shop, and somehow I managed to squeeze final exams and graduation into the mix. With the help of my family and friends, we transformed the shop into a quaint cupcakery.” 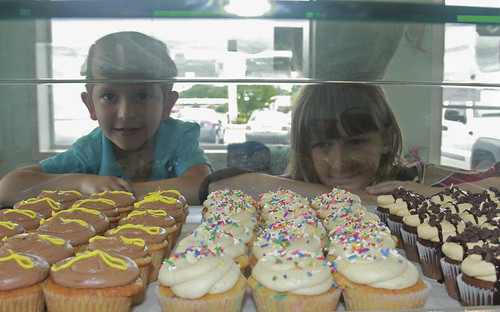 Walking into Truly Lovely Cupcakes, customers take in the tantalizing aroma of fresh-baked cupcakes, punctuated with a touch of cinnamon or chocolate in the air. Customers of all ages look through the glass display of the many cupcake varieties, and their mouths water for the taste of the moist, sweet treats. The shop offers daily, weekly and seasonal flavors, totaling 36 offerings in all. Not surprisingly, the Snickerdoodle heads the list of daily cupcake flavors, which also include red velvet, vanilla bean, and confetti, to name a few. For chocolate lovers, triple chocolate, German chocolate or chocolate raspberry entice the taste buds. With the harvest of fresh fruits, the seasonal cupcake menu takes advantage of this abundance. For instance, October’s menu features caramel apple.

While Truly Lovely Cupcakes’ atmosphere tempts a customer to stay a bit, their pre-ordering or catering service provides custom orders for special requests or events. According to the owner, the shop sells standard-size cupcakes, but the mini or jumbo size cupcakes are available through the pre-ordering or catering service. Other options within these two services include gluten-free cupcakes or specially decorated cupcakes to support a theme, idea or logo. “We can pretty much do anything with a cupcake,” says Paige. “The customer just needs to ask.” 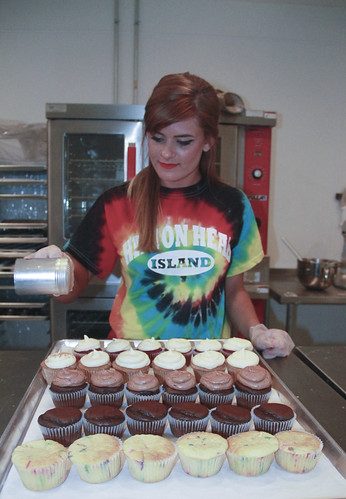 Going on its first anniversary, Truly Lovely Cupcakes stands as a testimony to how a small business can thrive when passion and perseverance are present. Describing herself as a people person, Paige enjoys working with customers and decorating the cupcakes for their individual needs. “Having a business is fun, but I have learned a lot about work ethic. It is hard running a business and all the decisions that go with it,” she claimed. “I can’t just ‘get by’ like I sometimes did in high school. For example, at one point this year, customers complained about the cupcakes being dry. I saw where the problem occurred and immediately took care of it. Now, I am training someone in my way of baking. My conscience wouldn’t allow me to do it any other way.”