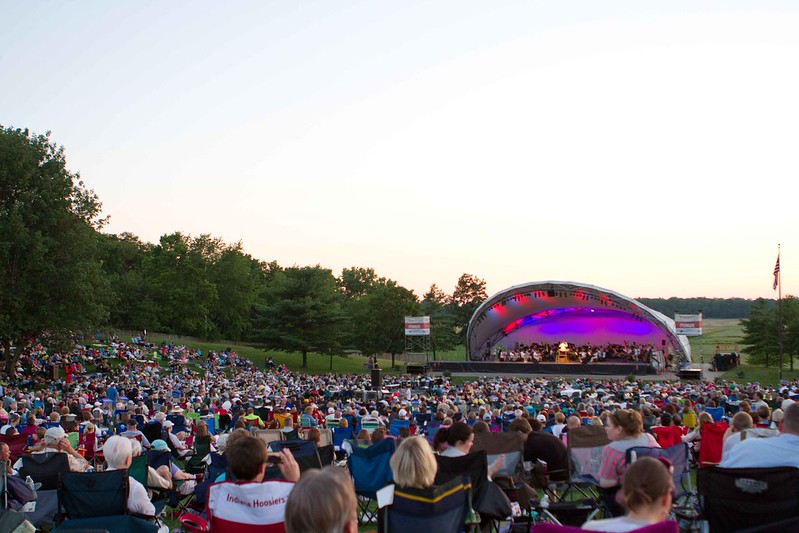 ISO + Conner Prairie = Musical Match Made on the Prairie

Celebrating their 33rd summer on the Prairie, the Indianapolis Symphony Orchestra has created a dynamite line-up of weekend events. Since its inception, “Marsh Symphony on the Prairie” has been a smashing success according to patrons and musicians alike. With a portable art form like all major city orchestras, community outreach is important. The setting at Conner Prairie Interactive History Park provides the ideal summer venue for the ISO.

Another essential element of this formula has been the consistently generous support of Marsh Supermarkets, which has sponsored the Symphony on the Prairie from the beginning.

The 1982 inaugural summer concert series featured guest violinist Joshua Bell, then age 14. The Bloomington prodigy proudly began his long relationship with the ISO with that performance, which was his debut with a major symphony. Four thousand people were in attendance to listen to him accompany Tchaikovsky’s concerto. Bell, always a popular featured violinist, is performing this summer with the ISO a couple weeks before the Prairie season begins. 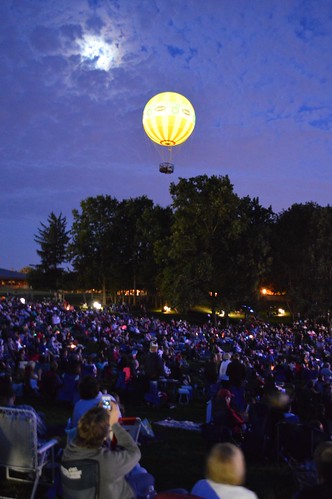 The first concerts of Marsh Symphony on the Prairie featured the ISO performing from inside a large tent. The clamshell amphitheater was added in the early ’90s. The addition of the Conner Prairie 1859 Balloon Voyage provides an exciting option for the concert enthusiast. Where else can you have the optional experience of listening to a musical performance from a tethered balloon high up in the air?

Aside from the amphitheater and the Balloon Voyage, not much has changed since 1982 aside from the fashions. The sun still sets over the prairie, providing a relaxing backdrop to the melodious notes from the clamshell. “The Symphony on the Prairie is a classic picnic version of “glamping” and is always in vogue with wines, cheeses, and assorted hors d’oeuvres enjoyed by patrons,” says Lisa Vielee, ISO marketing representative.

Musicians appreciate their summers on the Prairie—especially John Wetherill, Principal Bassoonist and Fishers resident. “I certainly enjoy the commute,” says Wetherill. “Conner Prairie is a perfect setting for concerts. Kids get to run around while parents have the pleasure of enjoying a glass of wine.” And the symphony gets to wear khakis. The audience and musicians get to enjoy the casual ambiance, which is romantic and relaxing. Both ISO musicians and other bands who take center stage for the summer nights love the setting. “It’s peaceful, it’s outdoors, and even though the weather may not always cooperate, it’s a lovely venue to perform in,” says Wetherill. The sentiment is echoed by the popular bands that make it an annual event.

Highlights of This Season

The ISO kicks off the 33rd Annual Marsh Symphony on the Prairie June 20 with Gershwin’s “Rhapsody in Blue.” That Saturday night will honor the Boy Scouts of America, who have tirelessly pulled wagons of picnic paraphernalia for patrons through the years.

This is just the beginning of an exciting lineup that includes a fun weekend featuring the mastery of Brent Havens. Havens will conduct the Music of the Eagles and the Music of Led Zeppelin. He is known for his symphonic arrangements of the music of Pink Floyd, Michael Jackson and the Rolling Stones, to name a few. He has a talent for bringing out the best in the instruments and musicians through his unique musical scores. Brent Havens is also the mastermind behind the creation of a symphonic prairie mosh pit. No doubt the Eagles and Led Zeppelin arrangements will be met with fan approval. 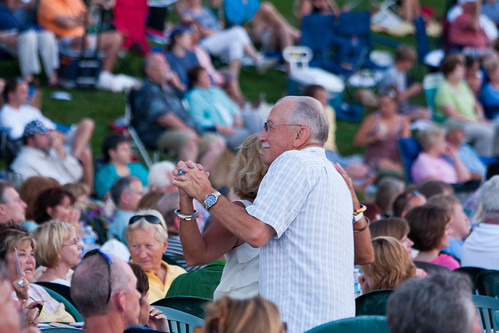 A perennial favorite, Star Spangled Symphony over the July 4th holiday will be amped this season with special tributes honoring the men and women who have served our country. If you have served and are attending, wear your colors proudly! 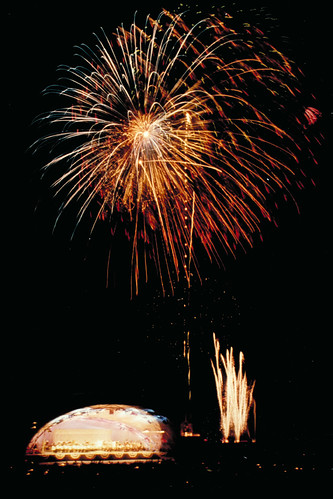 The ISO then gets back to its roots with Beethoven’s Symphony No. 7, which features the dynamic Time for Three who have a new CD being released soon, as well as an international tour starting. Time for Three has gained international fame for their energetic, innovative interpretations. The popular string trio will exceed expectations with their version of Symphony No. 7.

Education will be celebrated during the Classic FM: Radio Hits of the Decades weekend with “College and Alumni Night.” Conductor Jack Everly, an IU alum, will be wearing his school colors, but which school? He also received an honorary doctorate from Franklin College, so he will have some wardrobe decisions to make—as will all the musicians celebrating the richness of musical education.

This season celebrates the 7th year for Classical Mystery Tour. This Beatles cover band is one of the most popular cover bands. Not to be outdone, Swedish tribute band Waterloo will cover the best of ABBA. The John Denver Songbook and WWII veteran and popular musician Glenn Miller will be celebrated. A special concert weekend will bring the legendary band The Beach Boys to Conner Prairie’s stage. The Hit Men, which includes former members of Frankie Valli and The Four Seasons, and New Orleans’ Preservation Hall Jazz Band wrap up the series.

This lineup offers an endless summer of amazing entertainment on the Prairie. With gratitude as the theme for their 33rd year, it seems, given this incredible schedule, we should be saying thank you!