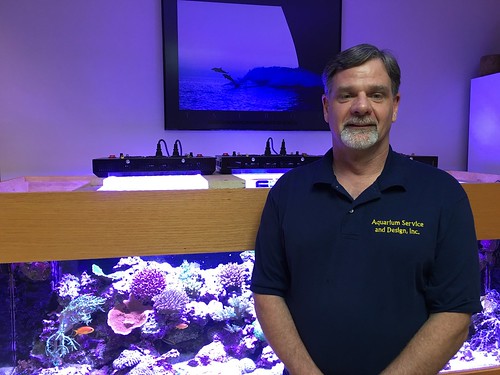 Kant’s love of aquatic life began as kid. “I got my first aquarium when I was 7 years old and had multiple tanks of fish in my bedroom growing up,” shares Kant. “Aside from my college years, I’ve always maintained a few tanks.”

An avid scuba diver, Kant’s passion for fish and saltwater aquariums poured over until 1998 when he changed careers.

“I was ready for major life changes, and a new career was part of that,” says Kant. He went to work for an aquarium company, and after a few years, he ventured out on his own.

There are many benefits to having an aquarium at home. “Many times, an aquarium replaces your TV,” shares Kant. “I have so many people, including doctors’ offices, who place a tank where a television would normally be. In an office setting, an aquarium provides a sense of calm, and it gets the patient’s mind off of why they are there. The same is said for having one in a home. Aquarium owners sit in front of it and stare at the fish and corals for de-stressing.”

A custom saltwater reef tank by Aquarium Service and Design includes a custom design tank, stand and canopy. However, the most important element is the custom design of the filtration system and adequate lighting. Kant fabricates his own filters and offers customized woodworking. Many times, Kant and his company are called in to clean, fix and improve existing tank systems. 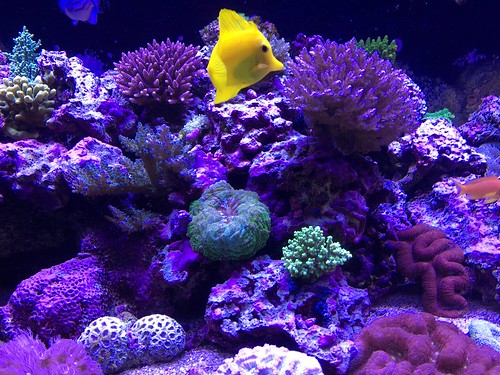 Kant’s passion for building aquariums extends into working with designers and builders to create ones built into walls for homes, not just businesses. Kant adds, “This is my passion. I want every coral, starfish and fish to live happily and give them the best life possible in captivity.”

As part of Kant’s business, he quarantines livestock, meaning he holds all animals in his holding systems until he is sure they are healthy, eating and ready for placement in their new environment.

“An aquarium is a complex and sensitive ecosystem,” says Kant. “Many people spend a good deal of money on a tank only to realize that they have bought inferior equipment for their intended vision.”

People invest in an aquarium, just as they do with any pet. It’s Kant’s experience that most of his clients just want to watch their fish eat but don’t want to clean the aquarium. He offers monthly, weekly and bi-weekly maintenance plans to help keep their investment, and their fish, healthy.

Kant, while not a vegan, does not eat seafood. He says, “I’d rather dive with them and view them in their natural habitat.”