Envisioning the Future with Launch Fishers 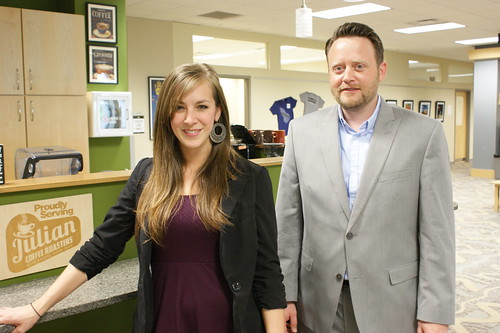 Moving to their new building in late summer, Launch Fishers will expand their square footage from 16,000 to 52,000, but the greatest benefit is the exponential growth potential for their members through networking and strategic connections.

The unique working environment that Launch Fishers has created facilitates a multitude of opportunities that would otherwise not exist.

“Here at Launch, we’ve got a deep talent pool of creative thinkers, and I could simply lean out of my office space and ask down the hall if anyone does custom web app development and a few would speak up,” shares Hutcheson. “The collaboration with Reborn Code is one of the great partnerships we have made that would not have been likely without Launch’s existence.”

Iconic Digital has grown to four employees since joining Launch. Iconic Digital currently occupies one of two dedicated office spaces available in the original co-working space. Once the new building is complete, a total of 18 offices of various capacity will be available to burgeoning companies.

Iconic Digital grew to the point that they were looking outside for space when approached by John Wechsler to move into the dedicated space vacated by Bluebridge. “It’s nice to have a standard place that you come to every day,” says Hutcheson. “I truly feel we wouldn’t have grown to where we are now without the supportive entrepreneurial environment at Launch.” 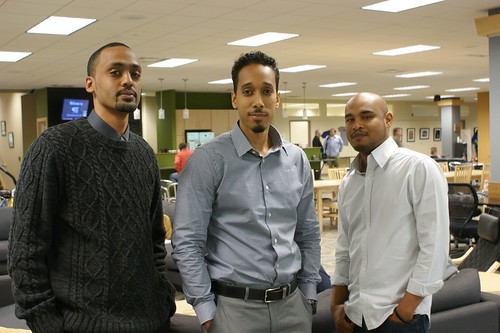 Reborn Code is another successful example of growth fostered by the relationships forged within the walls of Launch. Founder Darye Henry is a 2015 Hackathon* Award Winning developer who joined Launch to immerse himself with other creative people.

“Working in your own company office gets lonely sometimes,” confesses Henry. “And this isolation can be overwhelming, so joining Launch was the best thing I have ever done. My business really started taking off when I started coming to Launch every day.”

As a result of the networking at Launch, Henry’s company now has grown to a team of eight.

“You get to be around these creative, innovative types, and when you get all these people in one room, something great is bound to happen,” says Henry. “Then on top of that, there’s lots of mentorship and learning from others. It’s been a really good experience.”

Launch is a major draw to the area, so much so that the Henry family recently bought a home and is relocating to Fishers. Henry, in addition to coding, is a musician. He plays guitar and piano. “Typically music is better with a band because each musician is uniquely gifted,” shares Henry. “That’s what Launch is to me in an entrepreneurial sense.”

“Without Launch, we would have all been working out of our homes, out of Starbucks or in random low-rent districts, struggling,” says Hutcheson. “Here in the middle of Fishers, you throw all of these companies together, and we all gain efficiency. We have a tremendous competitive advantage.”

According to Hutcheson and agreed upon by other members of Launch, the environment propels the entire learning curve, then takes it to the next level where you have companies partnering on different jobs like the library website. “There are a number of companies working on a lot of big stuff in here,” shares Hutcheson. “It impacts the entire community.”

“If I have to point to any one thing that we have done that I am most proud of, it is Launch Fishers,” says Pete Peterson, Fishers City Council President and one of the founding Board members of Launch Fishers. “I couldn’t be happier with the move to the new building. This is the smartest thing we have done as a town/city.”

Currently there are over 500 individual members from over 300 companies co-working at Launch Fishers.

“We now have an entrepreneur ecosystem that will help propel the community at large,” says Hutcheson. And he’s right. Launch is not really a business incubator; it is a co-working space, and with the move to the new building, it will be one of, if not the, largest in the country, right here in Fishers. It’s a place to network and foster growth while keeping the competitive edge of the masses.

“It’s natural for highly motivated entrepreneurs to grow and propel their businesses,” says Launch founder John Wechsler. “It’s not about one doing it alone and having access to a conference room. These people work together for a common good.”

“With the move to the new space, Launch Fishers will be partnering with a couple exciting new ventures,” says Wechsler. “And we believe with this expansion, we will certainly be head of the class.” 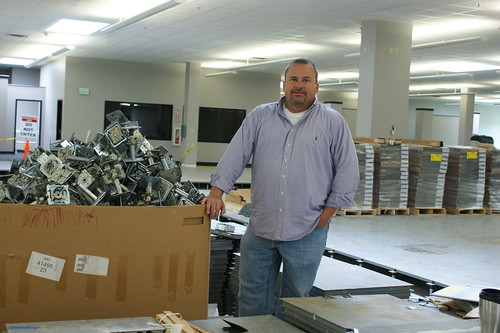 Ball State University will take up a substantial area of dedicated space for The Center For Entrepreneurship and Innovation. BSU faculty and staff will be immersed into the Launch Fishers environment, which also creates immersion opportunities for experiential learning for their students.

Innovative thinking, recognizing opportunity and managing risk are the foundational characteristics for the BSU Entrepreneurship Concentration. The already nationally-ranked program is about to get even better. Expanding their reach outside of their Entrepreneurial Center, The Center for Entrepreneurship and Innovation is about to have an added competitive advantage.

With the move to a larger building, Launch flexes its muscles by opening their arms wider, welcoming greater possibilities for its members and their newly established partnerships. Directions to the new Launch building are to follow Technology Lane to Visionary Way. This clearly depicts the moral compass of entrepreneurs who could not have named their streets more appropriately.

Check out the possibilities at iconicdigitalagency.com and reborncode.com. For more information on membership with Launch Fishers, visit LaunchFishers.com.

*A Hackathon is an event in which computer programmers collaborate intensively on software projects that typically last between a day and a week. Sponsored by the State of Indiana and Indiana Office of Technology, there are three Hack events this year, and the first event for 2015 that Reborn Code won was specifically targeted for Homeland Security and IDEM.

Reborn Code, partnering with Agency 360 (another Launch member), won the IDEM Challenge, creating an online permit process with a template for integrating rules and procedures such as land and water permits. Reborn Code created a winning system that was more than just document management; it allowed IDEM to define their own permit application process through software. twitter.com/HackIndiana