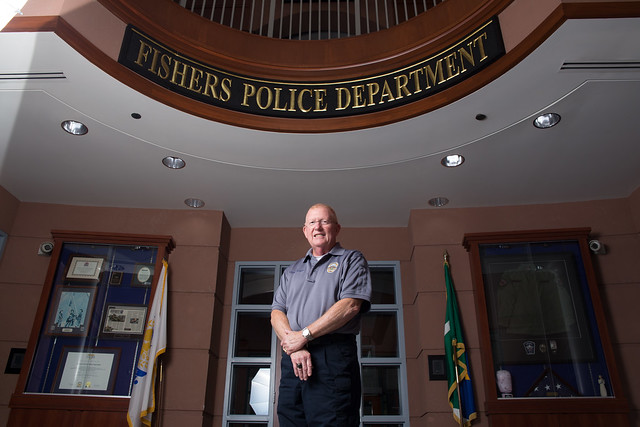 Ask anyone on the streets of Fishers, and they’ll tell you who’s the finest in Fishers. The leader of Fishers’ finest, Chief George Kehl, announced his retirement in August after nearly 40 years as Police Chief. His retirement will be effective September 2016, making him the longest serving police chief in the greater Indianapolis metropolitan area.

Kehl says his decision to retire has been on his mind for a while, but timing was everything. “I didn’t come to this decision lightly, wondering about the right time. You’ve got to weigh what’s best for yourself, your family, the agency and the city. There’s no real way to describe it. You just know when it’s just the right time. It’s the right time, and I’m excited about it.”

The right time for Chief Kehl began in the 1970s when he joined the Hamilton County Sheriff’s Reserve force. Having been interested in law enforcement since high school, he was anxious for the opportunity. Later, an opening for a part-time position opened for a Deputy Town Marshal in Fishers. Then on June 15, 1978, Kehl was appointed Chief of Police for the Fishers Police Department. He was the town’s first police officer.

During his tenure, Chief Kehl has grown his force from one officer to its current staff of 103. That’s no accident. As you might imagine, a man with Kehl’s experience has an abundance of secrets to success. At the top, Kehl says, “You keep smarter people around you. No one person has success by themselves. It takes a group of people. We’ve always been diligent in hiring the best and the brightest. We have a commitment to bring people up through the ranks who want to excel, to achieve a higher level, and it’s worked.” Another secret to success that Kehl says he’s found to be valuable is sharing ideas. Kehl explains that all the local agencies share ideas about what works well and what can be improved. “If something works, why reinvent the wheel?” Kehl says.

Whatever wheel Chief Kehl is using, it’s his passion for law enforcement and love for Fishers that keeps it turning. “I was born and raised here. I’ve got a lot at stake.”

You can see the love Chief Kehl has for Fishers in his eyes as he describes his beloved hometown back in the early days. He takes me back to 1978 as he describes his little town of just 1,500 people that didn’t have much around beyond Archer’s, a grocery store, John Deere, a Shell station and a couple of car lots. There wasn’t even a McDonald’s yet. He smiles as he describes their first squad cars purchased from the Indiana State Police with just 50,000 miles on them. “They were in great shape. We thought they were really nice,” Kehl recalls.

“No one could start out like I did. I was the only one. The town was small. Crime activity was very low,” Kehl says. But Fishers grew. The growth was slow and steady, much of it brought on by the expansion of I-69. He recalls the largest population boom was around the late 1990s, and crime activity didn’t start to increase until the new millennium.

Kehl beams with pride as he describes, “It was an exciting time. All the indicators were there that Fishers was going to blossom. We’re a crossroads for expansion.”

And Chief Kehl’s department has blossomed. With a modern facility, modern equipment and modern technology that rivals that of many other local departments, the department continues to roll with the changes and thrive. “We’re very blessed to have what we have here,” Kehl adds. 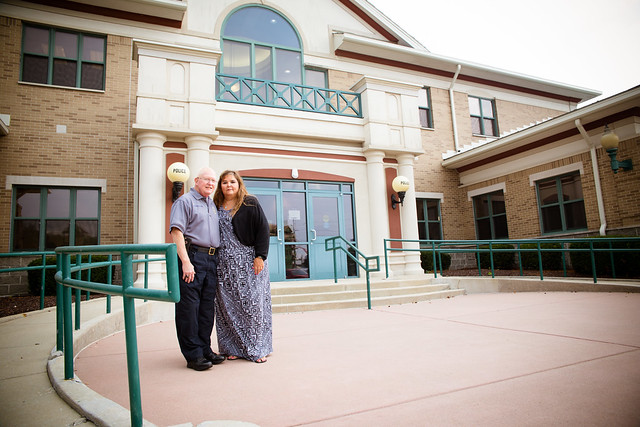 The department has been blessed with more than just its facilities and equipment. Under Chief Kehl’s watch, the department has weathered the storm of economic downturns by creating a plan to adjust budgets. Not a single officer was laid off.

And miraculously, the department has remained immune to the political backlash over law enforcement that’s plagued departments nationwide. Instead, Kehl’s unit is so cohesive, the only thing his officers and the community have to offer up about the Chief is words of high praise and admiration. That’s not something many departments can say.

Kehl shares his philosophy behind keeping the support of the community you serve. “A wise person once told me no matter how minute or unimportant you might think a matter is to someone, take the report anyway because if it’s important to that person, that’s reason enough.”

It’s undeniable the department and the community will miss Chief Kehl’s presence. But he insists the transition will be seamless. Mitch Thompson has been named as Kehl’s successor for Chief, and Ed Gephardt will become the Assistant Chief. “I have every faith in Mitch’s abilities. He’s been groomed for it. He’ll step right in,” Kehl says. Thompson, who attends virtually every meeting with Kehl and is involved in nearly every aspect of administration, earned his spot by coming up through the ranks. 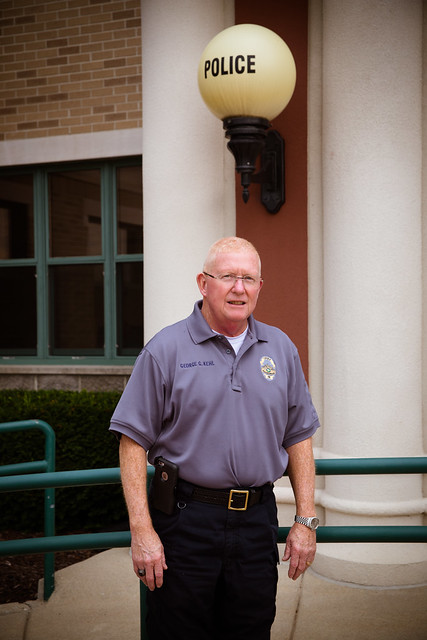 “I’ll stay busy but at my own pace.” Jennifer says with a chuckle, “He won’t be happy if he’s not busy.” She says the biggest change she foresees is an end to the late night calls.

Now we look to the future. As Chief Kehl leaves the department and community in the very capable hands of Thompson, he sees a city that’s worlds apart from the one he knew when he first started. He says he hopes people remember him for creating a safe community with great schools that he’s helped keep safe.

As I walk out of the building and imagine what it will feel like for Chief Kehl, I notice the two retro style domed lights that read very simply “P O L I C E.” I can’t help but feel that perhaps Chief Kehl has created his own little Mayberry right here in Fishers, Indiana. Godspeed, Chief! We thank you for your service!