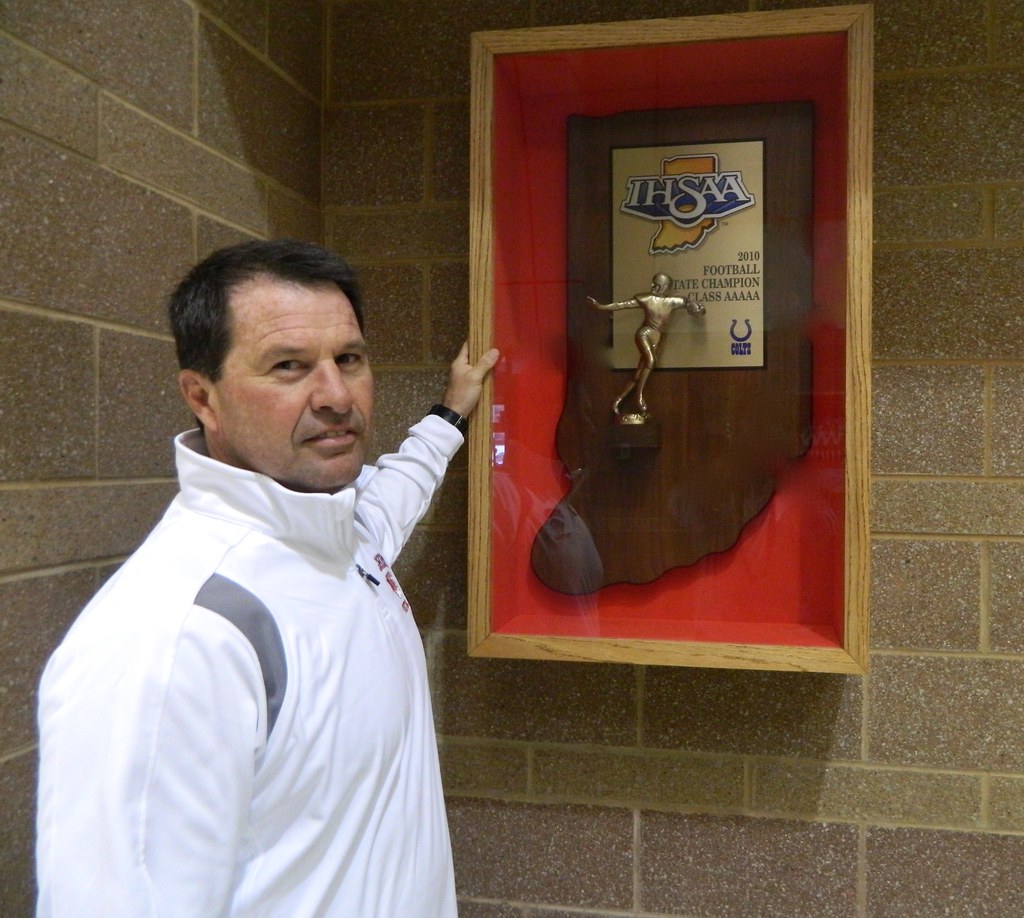 Fishers High School is still relatively young since it was only re-established as a high school in 2006. Still, there have been some milestones, providing many memories for the Tigers Nation to embrace.

First, and I’m proud to say this, I was the lone journalist from Hamilton County there to cover the Tigers’ run to win the Class 5A State Football championship in 2010 — after only five years in the re-established Fishers HS.

Hey, this was a big, big deal! Quite a moment in time!

Fishers coach Rick Wimmer became the Inaugural IFCA Coach of the Year too. Another big deal.

Their only loss? Yep, you might have guessed it: HSE was a 40-17 winner in the regular season. From that point on, including wins over Carmel and the Royals in the sectional, the Tigers were a team of destiny in Class 5A.

They were very talented with great chemistry, led by quarterback/defensive back Koby Orris who went on to enjoy an outstanding career at UIndy; and they were united, oh so united, in their goal.

Looking back though, it was considered an improbable run. No Indiana high school ever accomplished such a major feat in such a short period of time.

To this day, a few of my newspaper and website friends and colleagues will tell you that if they were ever going to build a football program, well, Coach Wimmer — who also won a Class 3A state title at Zionsville in 1987 — would be the man they’d turn to.

That’s quite a tribute to someone who is simply quite a man, quite a football coach, indeed!

He’ll enter the 2016 season with a 77-39 record. Keep in mind that 10 of those losses came in the very first season at Fishers HS.

Johnson County Acts to Prepare for I-69