Fueling Youth Hockey: The Indy Fuel Invests in the Future 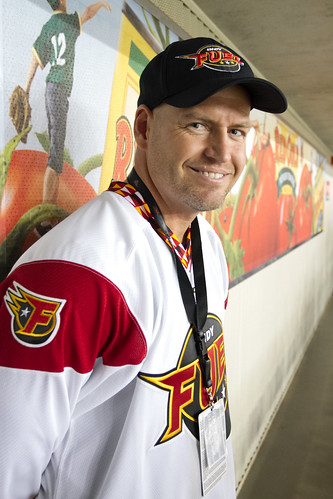 The Indy Fuel recently purchased the Forum, now known as The Fuel Tank in Fishers with a financial commitment not only in investing in renovations to the building, but also strengthening their presence with youth hockey. The Fuel Tank will become the training home for the Indy Fuel, a “AA” professional hockey team affiliated with the Chicago Blackhawks.

“Our commitment to youth hockey has doubled,” states Indy Fuel CEO and COO Sean Hallett. “We are excited about increasing our reach into the community.”

The Indy Fuel’s involvement will be evidenced by a stronger presence in clinics hosted by their coaches and players, youth hockey events and of course at the Indy Fuel games.

“It is great for the Fishers Youth Hockey Association (FYHA) that the Indy Fuel have purchased the Fuel Tank,” says Rob Pozzebon, President of FYHA. “The Hallett family is investing in the future through their commitment at the youth level. We are excited for this partnership and look forward to the upcoming season.”

The Hallett family hails from Toronto and owned the Indianapolis Ice in 1999-2000. “We are excited about the Indianapolis market and knew we wanted the Blackhawks name recognition and connection with the city of Chicago,” says Hallett.

In a league meeting, Hallett shared with the league commissioner that he doesn’t come from a hockey background. The commissioner’s response, “You will be more successful than 90 percent of the other owners.”

Last season, the team started slowly but rallied in the second half behind Head Coach Scott Hillman and came up just short of the playoffs on the regular season’s final day. This season, the Fuel return a solid core of returning players, including 2014-15 Team MVP and leading scorer Garett Bembridge and former NHL defenseman Kevin Quick. 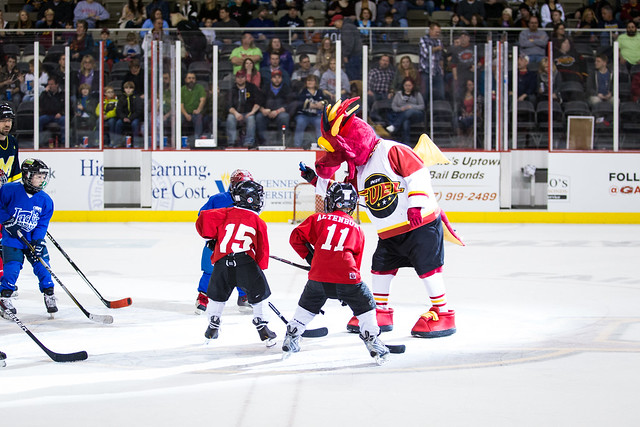 So far, so great! The team is pumped about their positioning in the Indianapolis area and have gained ground and support from local fans.

“We look forward to a success longterm opportunity with the growing hockey community,” said Hallett.

The Fuel begin their second ECHL season in mid-October at Indiana Farmers Coliseum at the State Fairgrounds. For full ticket information including details regarding Full and Half-Season Plans, 12-Game Flex Packs, 9-Game Plans and Group Tickets, visit the Fuel online at indyfuelhockey.com.

The NogginStik: A Baby Toy with a ...