What happens when three energetic moms combine their talents in a wish to contribute to their families but give back to the community at the same time? The result is Local Vocals Kids Choir whose mission is not only to teach children music skills, but offer an affordable and low commitment fun activity to the surrounding Fishers area. 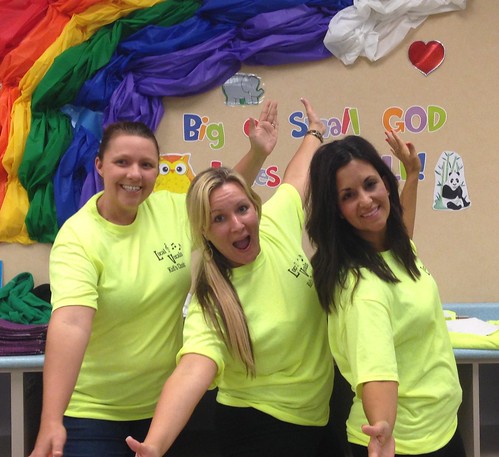 Local Vocals was developed by Fishers Residents Dory Ferland, Lisa Freeman and Stacy Stone and is open to children age seven to 12 who want to explore the experience of performing in a choir. The emphasis is on providing a positive atmosphere to build skills and confidence. Ferland has a background in voice, Freeman’s expertise is in instrumental music, and Stone has a paralegal degree. Their individual skills made such a strong whole, that they became business partners as well as friends.

“We complement each other; our talents put together make us a great team,” said Frland. And Stone added, “And we have so much fun! We really enjoy each other, so the kids have a great time as well.”

The idea for Local Vocals was hatched over the summer of 2014, but its roots actually began in the fall of 2010 when Stone convinced Ferland to co-lead a Girl Scout troop with her. Then in 2012, the idea came to Ferland to approach her daughter’s music teacher, Lisa Freeman, then at Sand Creek Elementary, and ask if she could volunteer in her classroom. Knowing that their two areas of music expertise would complement each other, Freeman happily accepted the offer.

Together, they expanded music education outside of the classroom by offering an extracurricular choir, the Sand Creek Singers, to upper grade students who had an interest. The choral group met once a week before school and performed at Grandparents’ Day, the Volunteer Breakfast, and an end of the year concert. This spring the group delighted students and parents of the school with a production of “Annie Kids,” a scaled down version of the musical “Annie.” 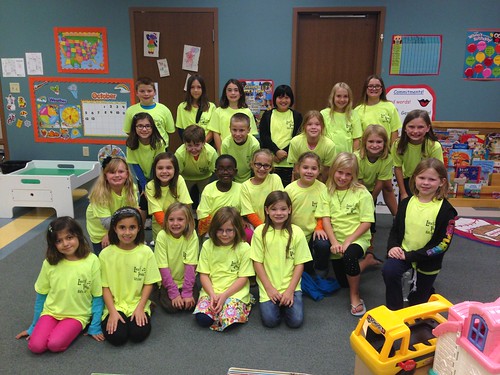 In November of 2013, radio station B105.7 sponsored a contest to raise money for school music departments. Freeman and Ferland submitted a CD of the Sand Creek Singers, which was chosen as one of the top three finalists. The Sand Creek Elementary community rallied and after getting the most votes on the internet, the choral group was awarded $2,500. The money was used to buy new pieces for the school’s sound system.

This past summer, Ferland and Freeland offered two music “camps” over the summer. Stone, who holds business and paralegal degrees offered an extra pair of hand during the camp productions since two of her daughters were enrolled in the camp. The response by parents and kids was so overwhelming that Local Vocal Kids Choir was born.

While Local Vocal’s goal is main goal is for the choir’s participants to have a great time, it also strives to teach life skills such as the ability to perform in front of others as well as vocal technique. Giving back to the community is a large part as well. The choir has donated two “sponsorship” enrollments for the upcoming semester and has plans to spread their cheer by visiting local nursing homes.

For information on enrolling, visit Local Vocals on Facebook.