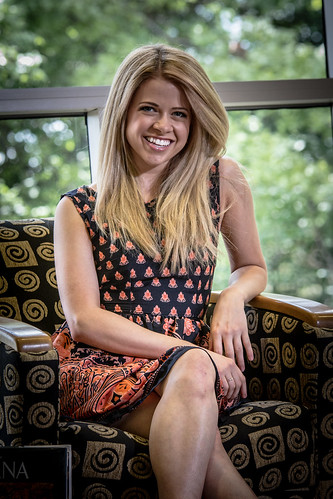 The Miss Indiana Pageant, held June 18-21 at the Zionsville Performing Arts Center, included 34 contestants. Only one young lady earned the title of Miss Indiana 2014: Audra Casterline of Fishers. Within hours of winning, she began making appearances and will eventually make about 50 in all. She stays busy preparing for her next competition in September when she will represent Indiana in the Miss America Pageant in Atlantic City, NJ.

“I was completely shocked, thrilled and overjoyed,” says Casterline after hearing her name as the winner. “I have always dreamt of holding the title of Miss Indiana.” Her humbled reaction was embraced by thousands of followers on YouTube (youtube.com/watch?v=UZjeBaLcoBQ.)

“I love how the pageant encourages growth as a whole person,” says Casterline. “For example, the swimsuit competition isn’t about being thin but rather being physically fit. The only way to develop a winning swimsuit figure is by working out at the gym and gaining muscle mass. I also love having a platform that I am passionate about. And the judges’ interview encourages us [contestants] to have a thorough and robust understanding of current events.”

The Miss Indiana and Miss Indiana’s Outstanding Teen are both official state pageants of the Miss America Organization. The Miss Indiana Scholarship Pageant operates at the local, state, and national level. Locally, Casterline won the title Miss Hoosier Heartland prior to competing for Miss Indiana.

The Miss Indiana Pageant consists of young women from all around Indiana between ages 17 and 24 who compete in three preliminary nights of competition in these areas: evening wear, lifestyle and fitness in swimwear, talent, onstage question, and a 10-minute private interview with judges. 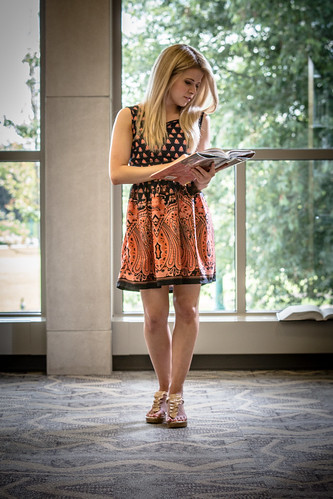 Casterline’s platform is titled “Food for Thought: Increasing the Awareness of Eating Disorders.” “I want to help young men and women relate to food in a healthy way, to understand that calories should not be restricted. Instead we should work to incorporate food calories in our diet. Carbohydrates and fats, for example, have been demonized in the media. But carbs like whole grains and fats like nuts and olives are actually essential to several important bodily functions.” She is eager to help others by sharing her real-life struggle with anorexia.

“I didn’t realize I was following a prescription of our culture,” admits Casterline, who lost 30 pounds between her freshman and junior years at college. She said it was a gradual process that began with her cutting calories so she could feel more in control. Yet, in actuality, she was losing her grip without ever realizing this downward spiraling cycle. Some of her symptoms were headaches, inability to focus, lack of energy, and trouble sleeping at night.

Her wake-up call came about when her parents intervened. They started questioning her about her daily intake of calories. She hadn’t realized how few calories she was consuming. She explains how one of the state pageant directors also spoke up because he was concerned about her weight loss. Casterline says, “This organization really cares about women and it helped me get away from my eating disorder.”

For the talent portion of the pageant, Casterline sang “Over the Rainbow.” She says, “I’ve always loved communicating with people and performing allows you to impact and communicate with people. I’ve been singing since I was two years old.” She recalls singing her first solo on stage at the Fortville United Methodist Church where she sang “Jesus Loves Me.”

Music is a common bond within her family. Casterline has often sung four-part harmony with her older sister and parents in churches and nursing homes. Casterline never took voice lessons but did learn by mimicking her mom, studying the way she’d sing a particular note. Ironically, her dad, David Casterline, teaches voices lessons in Fishers at Michele’s Studio. michelesstudio.com

Coincidentally, Casterline’s sister, Ashley (Casterline) Schacht and her mom, Anita Casterline, each competed in the Miss Indiana Pageant at 19 years old. They both were contestant number 8, they both placed 3rd runner-up, and yes, just as you’d guess, they both performed vocally for the talent portion.

One year, Casterline and her sister competed for Miss Indiana simultaneously; her sister placed 2nd runner-up. They represent the first pair of sisters ever to compete in this event.

In retrospect, Casterline cherishes her past when she says, “Our best home videos and my favorite memories include being able to sing with my family. This is one piece of our family dynamic that I will always hold very dear.”

Crowned at 23 years old, Casterline turned 24 one week after the pageant. She graduated from Anderson University with honors in Bible and Religion with a minor in Spanish. Her career ambition is to become a physician assistant. 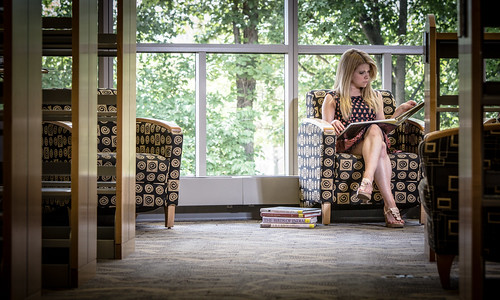 She is training thoroughly for Miss America, including the swimsuit portion. She’s been sponsored by Core Pilates and Fitness in Carmel  and works out four days a week, two hours each day.

Be sure to watch Audra Casterline, our Fishers neighbor, as she represents Miss Indiana competing for the Miss America title on the ABC network, September 14. She will sing her song once again: “Somewhere over the rainbow, skies are blue, and the dreams that you dare to dream really do come true.” Her dream of winning Miss Indiana came true. Winning on the national level resembles the feat of bluebirds that fly beyond the rainbow. Her renewed vision may include winning Miss America as she asks, “If happy little bluebirds fly beyond the rainbow, why, oh why can’t I?”

Go to missindianapageant.com to learn more.