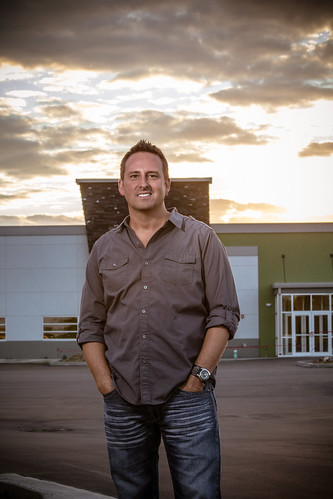 There is always excitement that surrounds a new construction project…especially one that has the intent to serve the community. Driving south down Olio Road, just across the street from HSE High School, you now see the permanent home of Crosspoint. The 16,000 square feet of efficiently used space contains some traditional amenities that we have come to expect in a church, including a space for the tribe to gather (as the congregation is referred to at Crosspoint), as well as extensive children’s environments and some basic office space.

There are some nontraditional areas here, as well. This is where you start to get a glimpse into the culture driving this organization. As you enter, you immediately encounter a generous lobby that includes a coffee bar and comfortable seating, and it will soon include a small indoor kids’ play area. The intent behind this design is what is uncommonly known as “Third Space.” Most people tend to spend the majority of their time either at home (First Space) or work (Second Space). Curt Walters, Lead Pastor at Crosspoint, told me, “We specifically intended to create a comfortable space inviting the community to conduct meetings, share a moment with a friend or just relax in solitude for a few minutes in the middle of a hectic day.”

In addition to the nontraditional Third Space, there are conventional areas with unconventional applications. Sunday Service takes place in a space that can best be described as resembling an auditorium, which has been named The Venue. This space comes equipped with a stage, sophisticated lighting, concert quality sound system and a 465-person seating capacity. Curt explained to me that this space was designed after carefully considering a void in the community for handling productions and events of this type and capacity. In addition to Sunday Service, the community has the ability to take advantage of this facility by contacting the church and making arrangements to secure the space.

This organization has a different vibe, as evidenced by small things that are done a little differently, resulting in big impacts. The coffee (provided free during Sunday Service) is purchased from Land of a Thousand Hills Coffee where proceeds are helping restore dignity and combat poverty in Rwanda. The music is progressive and it isn’t uncommon to hear a song or two from U2, American Authors and other pop culture groups that are tied into the service message. The lights are intentionally kept low, which provides an atmosphere of shelter and protection. 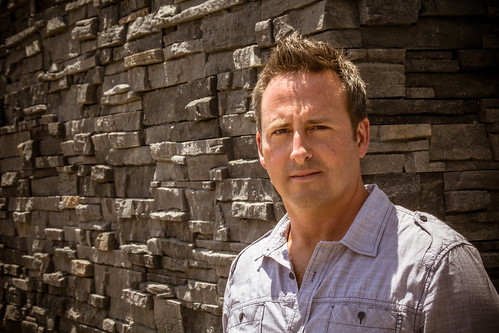 Another unique approach to re-enforcing the weekly message has been giving people who have found connection at Crosspoint an opportunity to share their story. This has been accomplished in a variety of forms, including inviting people to the stage to talk with Curt (pre-planned, of course) during service. People have also told their story while being filmed and had the resulting feature played during service. I have come to discover that sharing your story honestly is an impactful way to connect with the people around you. Also by sharing these stories, the people listening have found solace knowing that other people have experienced (and survived) something they may be going through. I have personally benefitted from the sharing of others’ stories during service.

Crosspoint’s motto is: “We don’t have it all together and we’ll never expect you to, either. Crosspoint is a place where it’s OK not to have it all together. Sure, there are holes in this. But we’re OK with that.” Regular attendees come back week after week for the real-world topics that directly relate to life…building into people, getting more out of friendships, entrepreneurship, and supporting significant others, to name a few.

What really sets a good organization apart are not the four walls in which it resides, but rather the people inside those same four walls. As the saying goes, “Here is the church, here is the steeple. Open up the doors and see all the people.” Whether it’s the lead pastor on the stage, the other members sitting right next to you, or the volunteers in the children’s environment, reinforcing values to your children…the strength and longevity of a church is in its culture. Regardless of the reason you decide to walk through the doors, my guess is that you will find a reason to stay. Although the building has gone up rather quickly, the foundation has been 389 weeks in the making.