As HSE lacrosse captain Zach Randall heads into his third season on the varsity team, he already boasts a long list of accomplishments. Despite only being a junior, he has already received offers from multiple D1 schools and will be the captain of the Varsity team for a second year. He has played lacrosse since fourth grade and is also a player on the school’s football team.

“I like the diversity in lacrosse. It has a bunch of fundamentals from multiple sports that come together,” said Randall. “It kind of allows me to play lots of sports in one sport.” 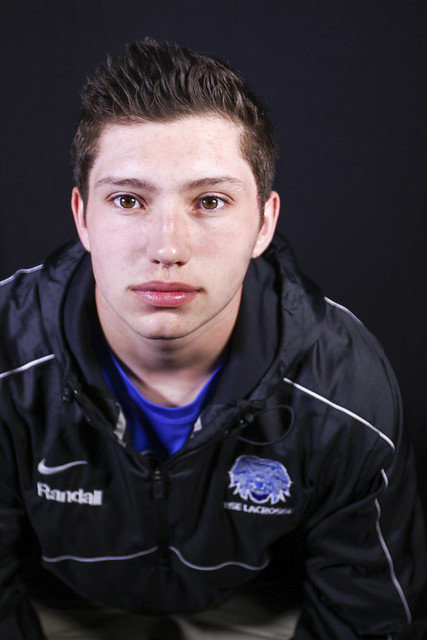 science or engineering and is a member of HSE’s Project Lead the Way Program. But after school, his main focus is to lead and motivate his team.

“I feel like a lot of stuff that I have learned about being a captain has come from my father. He has taught me how to be a good leader and get everyone together,” said Randall. “I go out on the practice field every day and try to motivate everyone and get the team hyped up. I feel that bringing that energy and positivity has gotten the guys to follow me and respect me.”

For this season, Randall has a lot of goals for his team and for himself with high hopes for this year’s roster.

“This year, we really want to beat Fishers because they have been putting a hurt on us for the last two years. We also want to win Conference because Zionsville has been dominating that for the last few years,” said Randall. “Then, we want to make a run at State. We have a lot of good athletes this year that have been coming together. I feel like we can make a good run this year.”

The HSE Mascot Monthly Scholarship Athlete of the Month is sponsored by Chef Suzanne who will deliver a catered meal and plaque to the Randall family during the month of April. Great work, Zach!