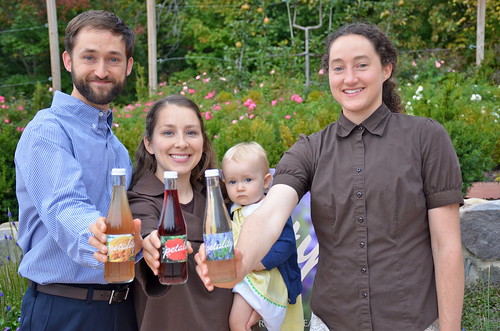 Conceiving an idea happens rarely, acting on an idea even less frequently. The smallest percent of ideas are seen to fruition. The Burkhardt family is in this smallest percent.

The Burkhardt family of Fishers are entrepreneurs who developed their idea into a fledgling enterprise that is starting to make a name for itself in the foodie world. Their company, Petality, produces organic flower beverages such as rose, hibiscus and lavender tisanes, as well as palm soda. The company was selected as the grand prize winner in the start-up category at the Hottest Kitchen Entrepreneur Challenge held on July 30 at the Ivy Tech School of Culinary Arts. Chosen from more than 80 entries of food artisans, their concept was awarded: $2,000 in seed money from Reliable Water Services, $1,250 of kitchen design services from Zesco.com and business and marketing plan software from the Indiana Small Business Development Center.

The brother and sister team of John and Andrea Burkhardt co-founded the company and John’s wife, Alecia, offers support as their social media expert. Together they came up with the name Petality, which is a blend of the words petals and vitality. Rich in Vitamin C and phytonutrients, the drinks are touted as having the health benefit of aiding the body to continue to function properly by maintaining healthy cholesterol levels and preventing disease.

The Burkhardt family moved to Fishers in 1988 and John and Andrea attended Hamilton Southeastern schools. During their teen years, both siblings enjoyed drinking tea. Later, while traveling through Asia and Europe, they were exposed to tisanes, which are beverages made from brewing flower petals. Similar to the process of making a cup of tea, steeping petals releases the aroma, color and flavor of the flowers they come from. A long time natural health enthusiast, John was also intrigued with the history behind tisanes. For hundreds of years they were valued for the promotion of vitality and were the prized drink of kings and queens.

The idea of bottling and selling the fragrant brewed tisanes began to dawn on the Burkhardts and, after much investigation and research, they established Petality in the summer of 2013. Billed as the world’s only organic flower beverage company, it produces beverages totally brewed from flower petals and buds, not extracts or concentrates. The drinks Petality produce are totally natural with no added color or flavors. John calls the product, “Beauty in a bottle with health benefits.” 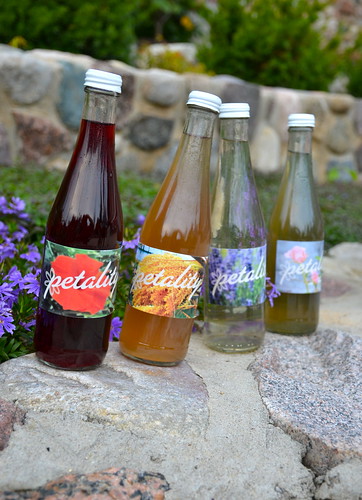 The family was encouraged to enter the Hottest Kitchen Entrepreneur Challenge from contacts they had made at the Indiana Small Business Development Center. After they were selected as a finalist, they were featured in an “Indy Style” segment on local television news station WISH Channel 8. Since winning the contest, they have been overwhelmed by the response from retailers such as Trader’s Point Creamery and Whole Foods in California, who would like to carry their product. They are looking forward to full unveiling of their company this spring.