Twenty-eight years after he helped launch a youth sports program that changed Fishers for the better, Tom Curry is ready to completely turn over the reigns. 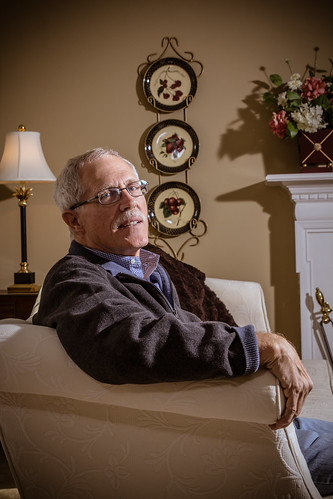 It was 1987 when he and four other people started meeting in the basement of a bank to develop the S.P.O.R.T.S. program. Today, Curry is the only originator still involved, even though he hasn’t had a child in the program for more than 20 years.

Tom, his wife and two kids moved into Fishers in 1978 when the school district had fewer students, yet spread out between three townships. Each elementary school had its own parent-operated sports program and all the schools fed into one middle school. Curry and his comrades saw the need for one recreational sports program that would be better organized and allow the kids to get acquainted prior to getting to middle school. The Southeastern Program of Recreational Team Sports (S.P.O.R.T.S.) was born, initially providing baseball and soccer leagues.

“I believe healthy competition is more important than math facts,” states Curry. “Competing is a basic human drive, not unlike the drive to survive, procreate, etc.” He even wrote a book called The Drive to Compete that he would like to get into the hands of every parent and 12- to 15-year-old, once it is published.

The S.P.O.R.T.S. program plays a big role in families’ decisions to move to Fishers. “People like to be involved in their kids’ athletics as either a coach, team parent, board member, etc,” said Curry. This is evident, he said, by the strong volunteer base that S.P.O.R.T.S. boasts. “There are 3,000 to 4,000 volunteers across all the leagues.” said Curry. “The presidents of the sports leagues can spend 40-50 hours per week on it.” While a few of the jobs are paid positions, most are volunteers, including Curry.

How big is S.P.O.R.T.S.? Currently there are approximately 16,000 students enrolled in the school district from ninth grade and younger – the ages most served by S.P.O.R.T.S. There are 12,000 participants on the S.P.O.R.T.S. leagues. But because some kids play more than one sport, there are probably about 9,000-10,000 kids actually involved.

Each year, about 65,000 events including practices, games and camps take place in 150 venues. The S.P.O.R.T.S. office takes care of coordinating it all.

The baseball league is one of the five largest in the country. The softball league will be hosting the Softball World Series in July. Most leagues have 20 to 25 board members. Lacrosse and rugby have started to take off too. “The community comes to us and asks for new sports. That’s how sports have gotten added over the years,” said Curry.

In addition to founding the program, Curry has served in many capacities from coach to president, vice president and currently chair of both the facilities and operations committees. He works closely in the partnership the program has with the town of Fishers, which provides and maintains fields in the local parks for these programs. “We are not funded by Fishers nor are we an arm of Fishers. We own no land. They let us use their fields and facilities,” said Curry. The two entities work together for the common goal of making Fishers a better place to live.

Curry stayed with S.P.O.R.T.S. for so long, in his very own words, “because of my competitive edge. I’m not a quitter.”

Also, he finally has the feeling that he is leaving it in good hands with the current executive director, Linda Carlino. Curry will soon be 70 years old and is in good health but would like to take advantage of it while he can. He wants to spend more time with his grandchildren in Long Beach and Chicago – no doubt throwing balls, shooting hoops and scoring goals with them.

All are welcome to come to Curry’s retirement open house at the Billericay S.P.O.R.T.S. office from 5-8 p.m. on Jan. 8.

Conner Prairie by Candleight & So Much ...

Lawrence & HSE Earn A Rating from ...