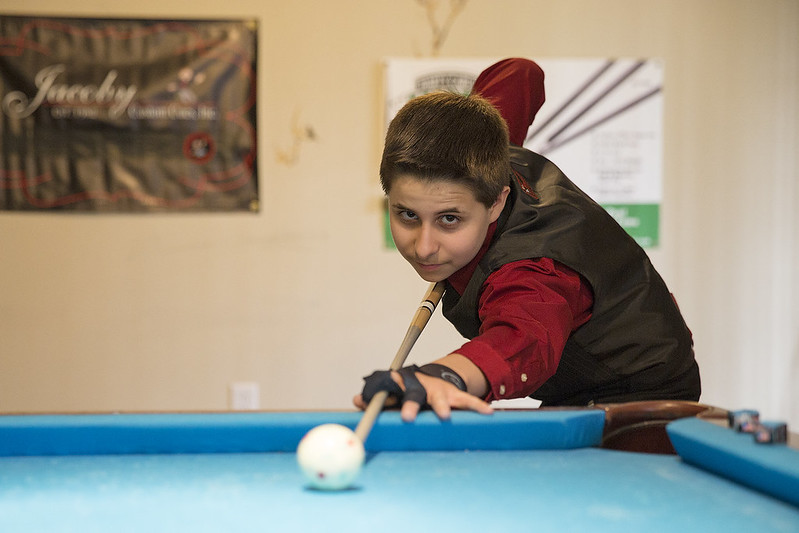 Just over a year and a half ago, Jesse and Gizelle Webber bought a pool table for their finished basement. With the cold weather, all three of their boys enjoyed the pool table, but it was their middle son, Matthew, who took to trick shooting after watching a video his dad, Jesse, showed him from YouTube.

“The video was of trick shot world champion Florian ‘Venom’ Kohler,” shares Matthew who became obsessed with performing trick shots. His older brother, Steven, helped him post his own videos to YouTube.

Last July, Florian “Venom” Kohler shared one of Matthew’s YouTube posts on his Facebook page, resulting in a viral video which has received over 96 million views. Yes, that is correct: 96 million views. To date, Webber’s videos have accumulated in excess of 200 million views.

A couple weeks after the first viral video, a former neighbor of the Webber’s called Gizelle and told her that Matthew was on ESPN’s feature, “Highly Questionable.” The hosts of “Highly Questionable” could not come up with anything negative to say. “We are a rather private family,” says Gizelle who was surprised to discover the ESPN coverage. 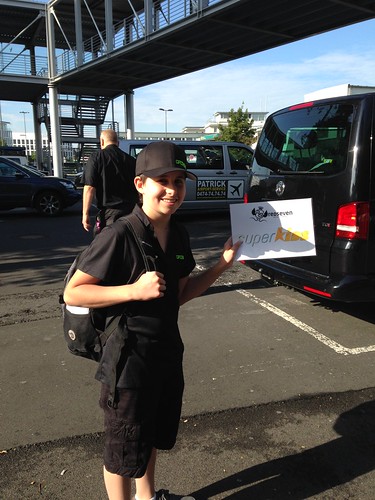 The start to Matthew’s freshman year at Fishers High School was unique. Matthew spent the second week of school in Germany. He and his parents were flown over for Matthew to appear on a German TV show called “Super Kids.”

“It was fun. They had three pool tables set up on a stage, and I went table to table, performing tricks. I had headphones on, and there was an awkward delay in the interview due to the language translation,” says Matthew.

Matthew has experienced quite the media blitz with interviews by MTV, Sneaky Pete Mafia Magazine, IndyStar and WISHTV. His picture has appeared on GQ. He was also invited to the “Steve Harvey Show” and last November was flown to Hollywood to be featured on “Little Big Shots” which aired May 1, 2016, on NBC and set a record as the most viewed series premiere.

In March, Matthew won two out of four competitions in Chicago. There are no age brackets within the trick shot circuit, and the matches he’s competed in thus far have been against adults. There are some competitions held in bars where minors are not allowed, but for most of the main competitions, Matthew, who is 15 years old, has been welcomed into the fray.

A trick shot competition begins with a lag, which is when both competitors hit the ball closest to the opposite rail. The winner sets up the first trick, and each person has three tries to successfully execute the trick. 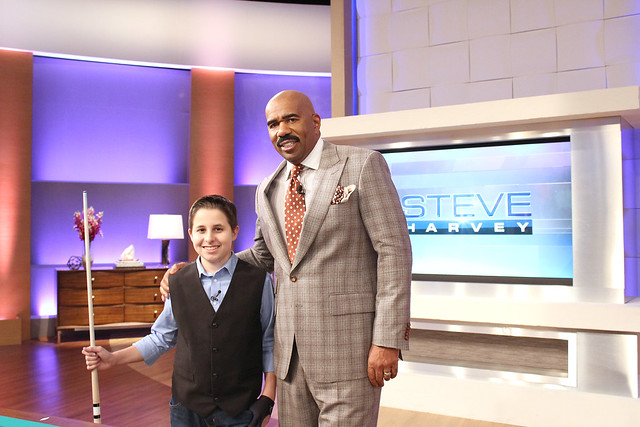 Matthew’s nickname, “The Stinger”, was a name suggested by his trick shot peers. Gizelle believes it was World-Ranked Champion Will “The Gentleman” Deyonker who was the one who first suggested it.

Recently, Matthew held an exhibition at a new Boys and Girls Club in Indianapolis. He’s hoping to book more exhibitions this summer. Currently, his next one is July 9 in Bloomington.

When asked what he wants to do when he grows up, Matthew replies, “I’d love to perform trick shots and travel all over the world shooting pool.”