The co-owners of Four Day Ray, a production brewery, are planning an affiliated restaurant and bar in Fishers that will feature all their outstanding craft beers, plus an extensive menu of delicious food.

Co-owner Brian Graham said the Four Day Ray restaurant and bar will occupy more than half of the nearly 20,000 square foot building under construction at 11671 Lantern Rd., at the corner of North Street and Lantern Road in Fishers. “The balance of the building also consists of approximately 8,000 square feet of available office space for lease.”

Graham and his co-owners started planning the restaurant in 2012.
“It is great seeing people having a good time,” Graham said. “Four Day Ray is a great location for the 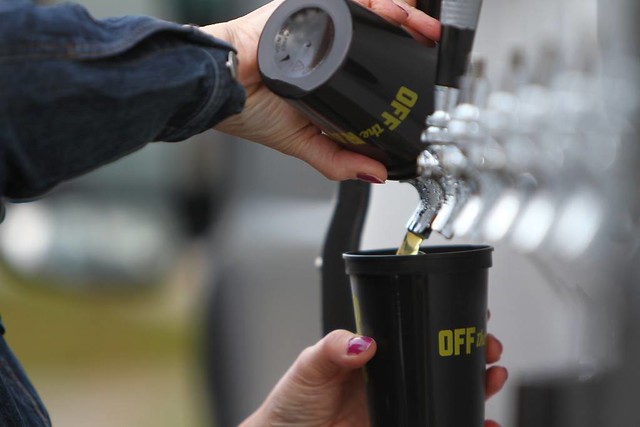 Nickel Plate District,” Graham said. “We will have it open this summer. People already love the name.”

Four Day Ray is an old railway term that refers to a railway employee who habitually calls off one day a week.

“The term also raises a pint to Franklin Delano Roosevelt, the 32nd president, for ending prohibition and being known as the drinking president,” Graham noted. “I think this will be a big hit. We promise to serve up a terrific selection of craft beer, along with a menu of creative, globally inspired dishes all made with the finest ingredients locally sourced whenever possible.

“The brewery and restaurant will feature multiple unique indoor gathering spaces and what is sure to be the Nickel Plate District’s finest outdoor dining space. I think we will appeal to a wide group of people.”

Four Day Ray will also feature regular live music, ranging from the area’s most well-known musical acts to its most exciting up and coming ones. Private events will be accommodated in “The Loft,” Four Day Ray’s mezzanine level with a one-of-a-kind bar that overlooks the rest. 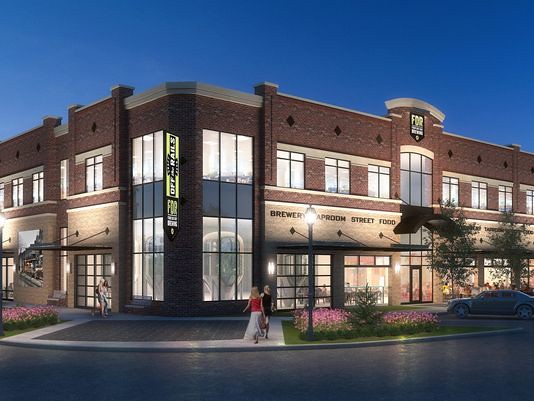 Four Day Ray is Graham’s brainchild. He teamed up with Fishers entrepreneurs and fellow craft beer enthusiasts Chris Welsh and Matt Troyer to come up with a game plan to bring a craft brewery to downtown Fishers. Mitch Ackerman, formerly of Thirsty Dog Brewing (Akron, Ohio) and Mudshark Brewery (Lake Havasu City, Arizona), rounds out the founding team with an accomplished history in production.

“The culmination of our efforts and the opening of the brewery are just a few short months away,” Graham said. “Everything has come 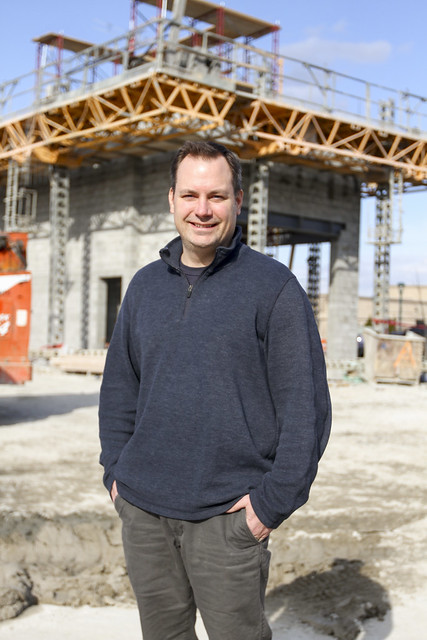 together better than we ever imagined, and we are very excited to be part of the Fishers community. The city of Fishers is doing great things to make this an exceptional place to live, work and play.”

Troyer noted that “the goal is to bring a great neighborhood brewery to our hometown. We want to make this a gathering place for all of Fishers and its visitors and show how great a community Fishers really is.

Welsh said, “We are committed to using as many local resources as possible to execute the project in order to build on the community feel of the development. MD Architects of Fishers designed the project, and Meyer Najem Construction, headquartered one block north of the site, is the general contractor. It doesn’t get any more local than that.”

Fishers Mayor Scott Fadness said, “The addition of Four Day Ray to the Nickel Plate District adds to the vibrancy of our downtown. Seeing this team of local entrepreneurs break ground on this project is very exciting for the city of Fishers. Not only will the new destination offer locally sourced food and craft beer, but the additional office space in the Nickel Plate District is in high demand and much needed.”