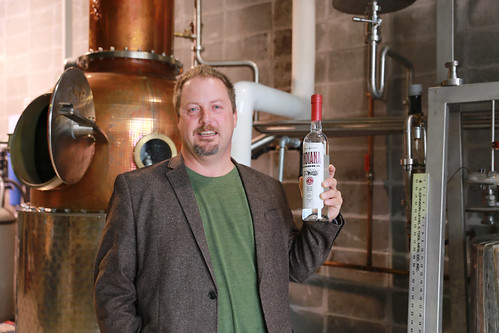 Heartland Distillers was founded by Stuart Hobson, Master Distiller and Owner of the only vodka producer in Fishers and one of only three produced in our state.

Officially opening up production in 2008, Heartland Distillers can be found just about everywhere that sells spirits in the state of Indiana.

“I was interested in producing my own spirits for sale and discovered a small distillery in northern Michigan was exactly what I wanted to do,” shares Hobson, who did a lot of research into producing alcohol for distribution.

Hobson had owned a chain of liquor stores in Fishers and decided to produce his own. “By law, you cannot own a liquor store and be a producer, so I sold my stores and started distilling my own vodka,” says Hobson.

Heartland distributes through Glazers Distributors throughout Indiana with expansion to other Midwest markets in the works. “We are a moderately priced vodka,” says Hobson, whose vodka retails for $20, compared to $30 or $10 per bottle of other brands. 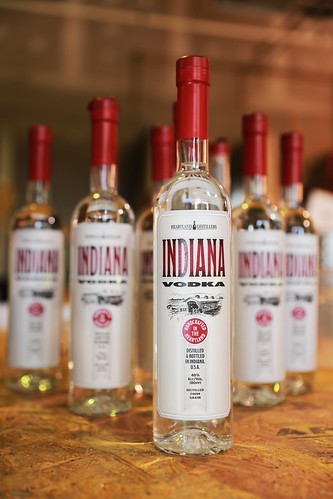 Vodka is not the only product for Heartland Distillers. Starting in January, they will have their own branded gin, Heartland Distillers American Gin, with more spirits planned. “We’ve made bourbon too, but we are sold out at the moment,” shares Hobson.

In 2010, Heartland Distillers Vodka won a gold medal at the World Spirits Competition in San Francisco, the largest competition in the country. Heartland was only one of a handful to win a gold medal for vodka. Also in 2010, their vodka was awarded Best Buy by the Beverage Testing Institute.

Designated as an Indiana Artisan by the Indiana Department of Commerce, Heartland Distillers plans to keep operations in Fishers as they expand their offerings.

“We are named Heartland Distillers because that is where we are,” says Hobson.

Meet Me At Marco’s!