Sept. 6 batted off the inaugural “Play for Peyton Memorial Softball Tournament” at Olio fields. Softball tournaments can be a dime a dozen, but this one was different. It was personal. It was a fun, competitive, educational, moving and possibly life-saving event that honored Peyton Riekhof.

Riekhof was an athlete, 2013 HSE graduate, scholar and caring peacekeeper. She loved softball and played from 2002 to 2012 within the HSE-Fishers Youth Softball League and at HSE High School through her junior year. She earned an academic scholarship to the University of Kansas and would have attended in the fall of 2013. However, Peyton, who suffered from depression, took her own life, last year. 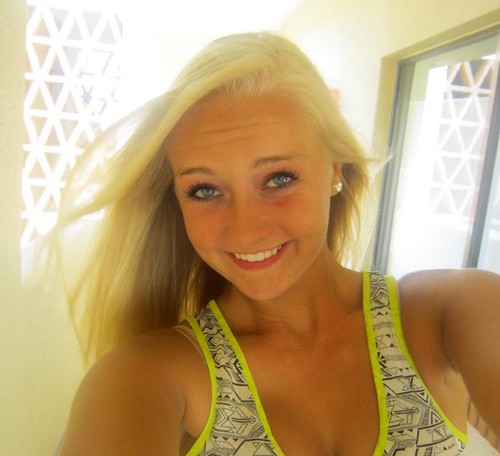 A memorial softball tournament was held at Olio Fields in Fishers to pay tribute to Peyton Reikhof who played all four years of high school softball at HSE.

Peyton’s parents, Mike and Mitzi Riekhof, desired to do something to honor their daughter while spreading the awareness and education about the symptoms of depression, signs of suicide and where to get help. They also wanted to raise funds to support awareness programs and for the organizations that support these causes. The Fishers-HSE Youth Softball League was very receptive to the idea of hosting a charity event and soon the Play for Peyton Memorial Softball Tournament was born.

Thirty-four travel softball teams of girls ages 10 to 18, came to play, learn a little something, and have fun. The day was a huge success.

More than 600 players, coaches and parents were informed about mental health, depression and suicide prevention and were even provided screening tools and resources, invaluable for this vulnerable age group.

Money was raised through entrant fees, vendor sales, donations and concessions to support these causes. Many people came together to make this significant tournament a success. More than 90 volunteers put in their time and hard work, including the umpires, provided by NSA. Even Olympic gold medalist, Christie Ambrosi was there to talk about softball as it relates to life. In the words of Peyton’s brother, Grayson: “If Peyton were here, she’d by smiling, watching this.”

Organizations and health care workers including American Foundation for Suicide Prevention, Mental Health America of Greater Indianapolis, Center 4 Hope, ASPIRE and Young Life, were all present to distribute information and spread the word that it’s OK to talk about depression and mental illness. 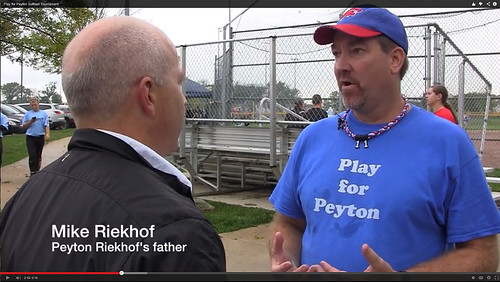 Peyton Reikhof’s father, Mike, talked to Tom Britt at the inaugural Play for Peyton Softball Tournament. To watch the video interviews from the day, visit atGeist.com.

“Peyton had everything. She was beautiful. She was smart. She was athletic. She had a heart of gold. Yet she couldn’t find happiness. I’d ask her why she was sad and she would say, ‘I don’t know. I have everything.’”

Peyton’s parents took her out of school to get help. She received counseling, took medication and went through behavior outpatient treatment, but the disease of depression was too powerful.

Earlier, this year, after Mike decided to hold a tournament, his brother, Tom, who lives in Kansas City told his hairdresser about it. As it turns out, his hairdresser was Christie Ambrosi who played shortstop (the position Peyton played) on the 2000 USA Olympic Softball Team, which won the gold. What are the odds?

She told him she spoke at events all the time and would love to travel to Indiana to attend this tournament. Another coincidence? 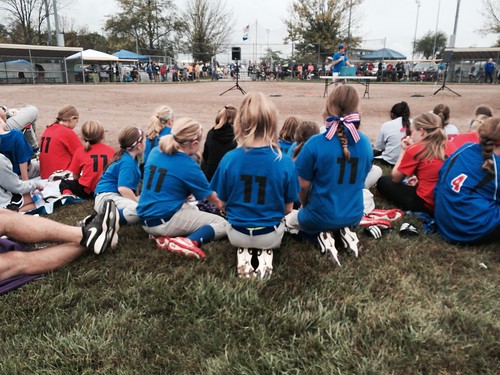 In honor of Peyton Reikhof, many teams wore her old jersey number 11.

In addition, it was revealed that Christie’s team number was 11 — the same number that Peyton wore when she played ball. Spine tingling coincidence? Doubtful. Christie Ambrosi was destined to be there.

She may have been playing from way out in the outfield, this time, but Peyton surely was involved in making this important event a win.

Harvest Wine by the Light of the ...