The Leukemia & Lymphoma Society’s Boy of the Year Luke Canterbury 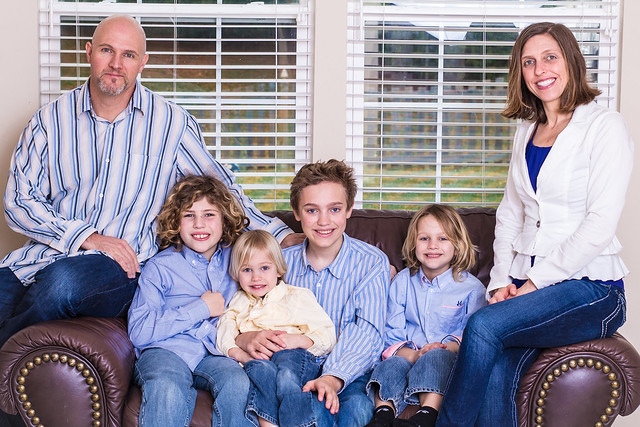 As the Canterbury family traveled to Texas for a business trip, their third of four boys complained of pain along his right side. “Luke is a tough kid,” shares Angie, Luke’s mom. “He would cry about the pain he was experiencing but toughen up and jump back into the pool to play with his brothers. We initially thought he was experiencing growing pains.”

Later that evening with their son in tremendous pain, Angie took him to a local emergency room. “The initial diagnosis was that he was constipated,” says Jamie, Luke’s dad. “In the E.R., they don’t do complete blood work and analysis.”

Prior to this medical emergency, the only other time the Canterbury family had been to an emergency room was when Luke shoved a bean up his nose.

It became evident later that night that Luke’s issue was potentially far more serious. As the Canterbury family drove home, Luke was inconsolable. “The original E.R. doc called to check on Luke and suggested we take him to the closest children’s hospital. We were near St. Louis but decided to head straight home instead.” 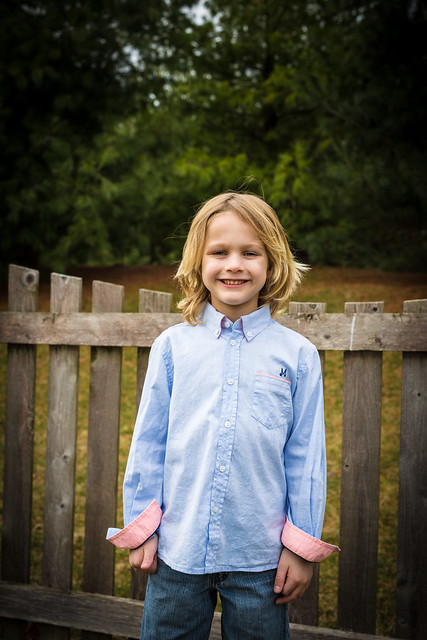 After driving nine hours straight to their general practice doctor with a screaming child in the car, Luke was transported by ambulance to the emergency room at Riley Hospital for Children. The resulting diagnosis was Burkitt’s Lymphoma, Stage 4. The Canterburys received this news on June 27, 2014. Luke was 4 1/2 years old. These sort of tumors develop rapidly and are capable of doubling in size every 12 hours. One of Luke’s tumors was wrapped around his spine. He was moments away from paralysis.

Burkitt’s Lymphoma is unique in that the tumors are highly treatable and are composed of soft tissue. However, given the severity of the location around the spinal cord, surgery was necessary to decrease the pressure and prevent further complications. The surgery was not without risk, and since Luke had begun chemotherapy immediately following this procedure, his tissues were not healing optimally post-surgery.

“The open wound on Luke’s back from surgery was a concern, for he developed sepsis, and we were not sure if he was going to make it,” shares Angie. Luke would have many more scares throughout his treatments.

The Canterbury family set up camp at Riley for two months, with either Mom or Dad staying every night with him in the hospital. “We’d bring all the boys to the hospital every evening for dinner with all of us eating together, then one of us would go home with the other boys and one of us would stay with Luke,” shares Angie. She homeschools their boys and frequently had one of Luke’s brothers have a sleepover with them at Riley.

Given the time spent at Riley, the Canterbury family created many meaningful relationships with the doctors, nurses and therapists. Alissa Moody, Luke’s pediatric physical therapist, was brought up in conversation right away when discussing the quality of care Luke received at Riley.

“Luke is so courageous, so brave,” says Alissa who is running for LLS Woman of the Year. “You knew he was in severe pain most of the time, but it was my job to pull him away from playing with his brothers and get him to therapy.”

After the spinal surgery and subsequent treatments, Luke needed to learn how to roll over again, to sit up and to walk. The pressure on his spinal cord had been alleviated, and long-term damage had been 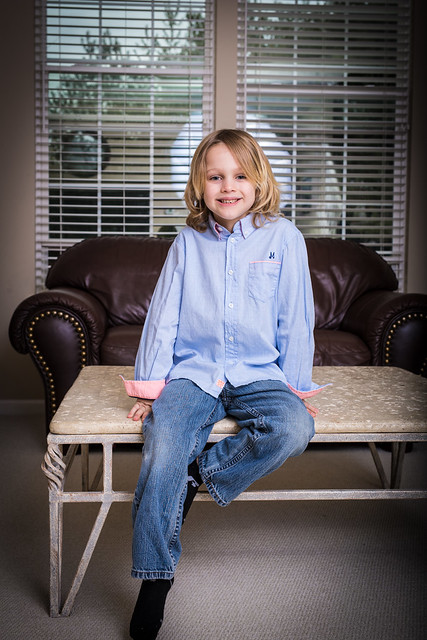 prevented, but the cost was learning how to become mobile again. The recovery was painful, yet Luke worked very hard through his intense physical therapy.

“What Luke was doing was extremely painful, and I cried with him,” shares Moody.

When asking Luke about his experience, he says, “I got lots and lots of shots.” Luke had a port, and when he was able to finally go home, he says, “I slept between Mommy and Daddy.”

The Canterburys would return with Luke to Riley for two to three weeks at a time following the initial two month stay for additional chemotherapy treatments. “During the main stay at the hospital, Luke was angry. It was super tough for him,” says Angie.

Today, you wouldn’t know Luke had ever been sick, except for a low immune resistance. He runs around and plays with his brothers like any other rough and tumble boy his age. Hugh is 13, Levi is 8 and Wade is 3. Luke is now 6 years old.

“Dealing with a situation like this changes your perspective on life,” says Jamie. “Our family has become even closer because of this.”

When asked what being the LLS Boy of the Year means to Luke, he replied, “It means I beat cancer!”