A Local’s Fight for a Safe Sidewalk 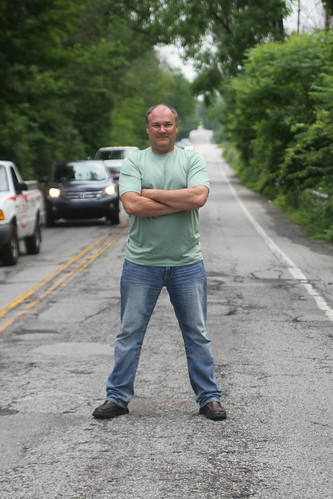 After three years, Feather Cove 1 resident Ray Peck is finally getting what he has been asking for — a sidewalk. Since 2012, Peck has been on a mission to build a sidewalk along Fox Road, but it hasn’t been easy.

“My family does a lot of biking, and one weekend morning, I told everyone that I wanted to ride to Lincoln Square Pancake House for breakfast. It’s a total of about a mile each way, including half a mile along Fox Road, so it should not have been an issue. We have attached bikes and also a bike trailer that fits two kids, so we thought we’d be fine,” said Peck. “At the corner of Fox Road, we turned left and quickly realized just how bad things were. The trees and natural growth were right up to the side of the road, and making matters worse, there is virtually no shoulder at all.”

Peck found out that a sidewalk along Fox Road had been proposed 15 years prior, but it had been shut down. The purpose of the sidewalk would be to provide a safe passage from the neighborhoods on Fox Road to all businesses, churches and schools at Oaklandon and Fox Road. He decided to take matters into his own hands, calling the city of Lawrence the very next day but receiving nothing but a recording.

Not letting this stop him, Peck persevered. He created a website for all of his neighbors with contacts for Lawrence city officials. He raised thousands of dollars to have a grant written and even contacted local news stations about staging a protest along Fox Road.

After countless meetings and phone calls, Peck finally got his wish in June at a meeting with city officials. With expected completion in 2017, the half-mile sidewalk will span the distance between Feather Cove 1 and Oaklandon Road. In addition, a bike path will also be paved, creating a 1.5 mile loop.

Though the sidewalk was approved, the hard part is still not over. The sidewalk will differ from original plans due to environmental, legal and financial restraints. One of the main differences is that the sidewalk will have to be on the other side of the road from Feather Cove 1, requiring installation of a crosswalk for residents. Along with this, Peck is still in need of more funding to complete the project.

“I was quite pleased when I found out that our efforts had paid off and that the money was approved, but I am frustrated at the delays and the fact that the project had simply stalled out,” said Peck. “It is always shocking to see how slow government projects work. You’d think that because it’s a sidewalk and not an aircraft carrier, it should be a simple process. Not so!

“There are huge volumes of paperwork that need to be completed, studies that need to be done and plans that need to be drawn up before the first shovel hits the dirt. When you hear the planners talk in years and not months, it can be quite disheartening. It does sound like we are on the right track, but I will only feel like I have succeeded when I see them actually break ground and when the sidewalk is ready for my family and I to go for breakfast without cars brushing past us.”

Despite the difficulties, Peck is pleased by his success. Although 2017 sounds a long way off, he is happy to be making progress. He hopes that his own children, now eight and nine years old, will be able to use the sidewalk.

“My hope is that they will be able to jump on their bikes and head to the store just like I did at their age, only I have little doubt that they will first have to text or tweet their friends to make sure they can make it too,” laughed Peck. “Oh well, at least they will be safe.” 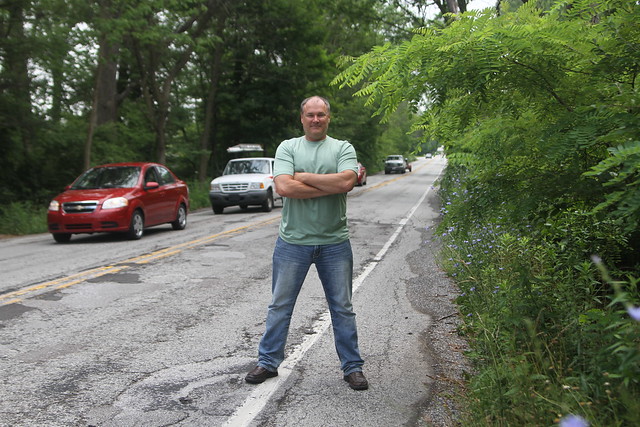