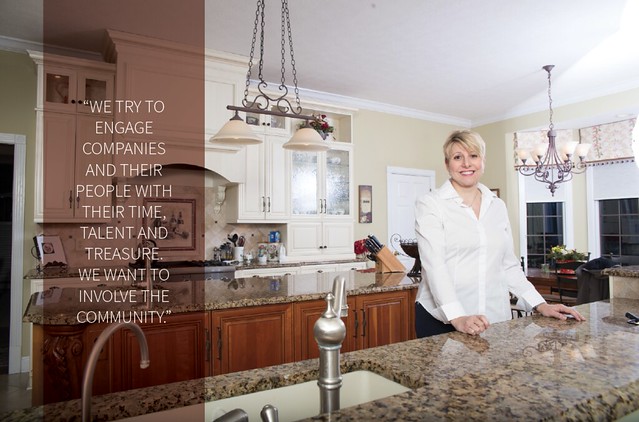 We’ve all heard of the United Way of Central Indiana. Many of us have even donated to it through our workplace. But do you really know what UWCI does and who they help? If, like most people, you don’t, you can just ask our Geist neighbor, Ann Murtlow. She runs the place.

Murtlow became the 13th executive to lead UWCI in April 2013. After nearly 10 years with IPL, she decided it was time to do something new. She took six months off to travel, have surgery on her rotator cuff, and do some consulting and mentoring. She then took the job with United Way. The organization serves Marion, Hendricks, Boone, Hancock, Morgan and Hamilton counties. Since taking over UWCI, she has been busy informing the community about UWCI’s mission and new strategy, the “New U,” and is all too excited to explain how they are making a difference on big community issues.

“United Way is about bringing people together to create a force for change that is greater than any of us individually or as a single institution can hope to achieve on its own,” explains Murtlow. “We do three unique things. First, we support 91 human service agencies that are aligned with our priorities that we hold to very high standards, or we have to separate from them. Second, we focus on organizations, programming and partnerships that create what we call The Path to Self Sufficiency. We connect the work of our agencies and others in working along the path to help those in need improve their situations over the long-term. Finally, we keep a bird’s eye view on this entire Path so we can identify big gaps and strategically invest in ways to close them.”

Murtlow had a long career in the energy industry and did quite a bit of moving around. She never had the opportunity to get involved in her community.

“When I moved here and took the job as CEO of Indianapolis Power and Light, I was able – for the first time – to get involved in my community and realized how much I enjoyed it,” says Murtlow. “In addition, I fell in love with this community. My family and I decided to make this our permanent home.”

She and her family moved to Admirals Sound on Geist Reservoir in 2002 because of its beauty and their love of the water. Murtlow originally got the water bug sailing on Chesapeake Bay as a kid. “We have always longed to live near the water, and there is nothing more relaxing and beautiful than sunlight – or moonlight – reflecting off the lake,” says Murtlow. 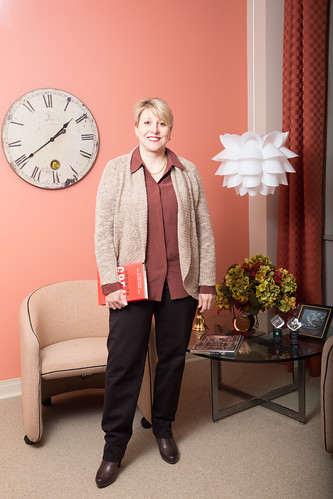 “This is a real neighborhood,” she continues. “One can always count on seeing lots of friendly neighbors while exercising or walking the dog. In addition, my membership at Geist Fitness has not only improved my health but also led to many lasting friendships with other residents. We often meet at local hot spots like Eddy’s, Sushi House or Mama Bear’s to catch up.”

Many of those neighbors, in turn, donate to United Way, lead companies that run campaigns or volunteer as ReadUp tutors.

Murtlow believes she brings both a corporate and individual donor’s perspective to understanding how corporations think about their community engagement, allowing UWCI to connect quickly and meaningfully with them. “We try to engage companies and their people with their time, talent and treasure,” said Murtlow. “We want to involve the community.”

Anyone who has a passion for people and helping in one of the United Way’s focus areas can do so by being part of the UWCI team. “You don’t have to be a part of a workforce campaign to get involved,” says Murtlow. “You can give online. You can volunteer online.”

Murtlow possesses two traits that she feels make her successful: discipline and passion. She is passionate about UWCI and has the discipline to make the difficult decisions to “lean into change.” She is bringing a long-term strategy to this successful non-profit organization, which is vital in the always changing technological world in which we live.

Murtlow has had the pleasure of working with another Geist neighbor and Indiana Pacer George Hill. He has been working closely with UWCI on the Hubbard Life-Changing Teacher Award. The Pacers organization has really bought into United Way with team members and staff generously donating and holding charity events. Paul George and Roy Hibbert are members of the Tocqueville Society, United Way’s group of most generous donors.

Murtlow met her husband of 28 years – Jim – at her first job. Like her, he is an engineer. They have two kids, who, after Park Tutor, attended IU. Their daughter, 24, is living in Chicago, and their son, 20, just returned home from studying abroad in Australia.

If that isn’t enough to impress you, Murtlow currently serves on the boards of Indy Chamber, The Mind Trust and Greater Indianapolis Progress Committee. She is also a director of First Internet Bank, Great Plains Energy and Wabash National Corporation and an emeritus director of Central Indiana Corporate Partnership. But perhaps most extraordinary is that she is a backup singer in a local band called Nucklehead, which often plays at George‘s Neighborhood Grill. She also knits, cooks Greek food and treasures time with her family and friends.

Visit the United Way website for more information at uwci.org – you know, if you can’t get a hold of your neighbor, Ann.