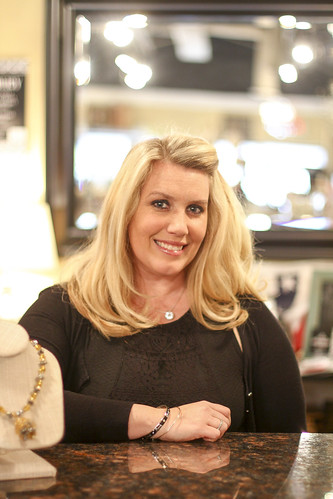 That’s Autumn Letendre, wife of fallen Marine Captain Brian S. Letendre. Captain Letendre died May 3, 2006, in combat operations in Al Anbar, Iraq, during Operation Iraqi Freedom. In the 10 years since Captain Letendre’s death, his widow Autumn has faithfully and tirelessly worked to fulfill her promise to carry out his legacy.

Following Captain Letendre’s death, Autumn made a choice to rise from the fog of grief and create a legacy that her husband would be proud of. That’s when she created The Golden Star USA Foundation, a nonprofit organization dedicated to serving the needs of America’s active duty, reserved and honorably discharged military and their dependents.

To mark the 10th anniversary of her husband’s death and start of the foundation, Golden Star USA is holding the inaugural CamoRun, a 5K and 10K race, May 21 at Ft. Benjamin Harrison. Appropriately falling on Armed Services Day, the event promises to be a day of honoring Captain Letendre and all others who serve, a time for family, friends and support.

The 10-year anniversary celebration has been in the works for a long time, Autumn says. “The 10-year mark has always been the GO point for me to make a celebration like this happen. Our mission with the celebration is to show the corporate world how to get involved and support The Golden Star.”

Autumn says the idea of a run appealed to her because she and Captain Letendre were avid runners. She recalls, “Brian was a fast runner. His trainees loved trying to beat him, and it put a smile on his face.”

The journey has been a long one for Autumn. With emotions still raw, she recalls how she and Brian met in college playing soccer at Milligan University in Tennessee and instantly connected. They dated for a while, and then she says one day her world changed when Brian received a phone call that she overheard.

With a degree in Computer Science, Brian received handsome job offers. This call was no exception. The handsome salary offer from the large corporation was no surprise to Autumn. Instead, it was Brian who delivered the shocking response. “He thanked the man for the generous offer, then he said he couldn’t accept the offer because he would soon be joining the Marines. I was shocked. He’d never told me before that he wanted to do this. Suddenly he’s talking about enlisting and asking if I could handle life as a military wife.”

Autumn admits she didn’t immediately warm to the idea of frequently moving and the constant worry for his safety. But she says despite her doubts, there was one thing that she couldn’t deny. “I always felt immense pride when I watched him walk in a room. I was proud of who he was and decided I would be proud to call him my husband.”

The couple married, and Autumn was quickly thrust into a whole new world. After settling in Camp Lejeune, North Carolina, Brian prepared for training, but Autumn wasn’t prepared for the discussion they would soon have. Ever the realist, Brian sat her down and told her what to do should he be killed in action. “He was very thorough, explaining to me what to do and who to call. I couldn’t even fathom it at the time,” she says. Just two weeks after they were married, Brian was called for his first tour of duty in Iraq.

Autumn smiles as she remembers that despite her fiercely independent and capable persona, Captain Letendre took his job of taking care of his wife very seriously. “One evening, I heard a knock at the door. It was one of Brian’s friends, a military officer. He told me he was here on orders from Captain Letendre to take her to dinner. It was his way of making sure I was taken care of,” she says.

Adjusting to military life soon passed. Nuances of the new routine like how to get on and off base, where to go to the doctor and long stretches of time apart all soon became commonplace. Autumn loved her teaching job, and soon she was pregnant. It wasn’t long after their son Dillon arrived in 2003 that Captain Letendre was reassigned to Connecticut.

The couple became close to their military family and neighbors and loved their community. It was those same friends and family that Autumn leaned on when she got the devastating news in May 2006 that her husband had been killed in action.

The reality of now being a widow and single mother at 28 was nearly unbearable. In the days and weeks following Brian’s death, Autumn and Dillon were surrounded with the support of not just her own family but military family. She’s still overwhelmed with the kindness and generosity as she remembers what the community did for her.

“Our neighbors got together, took over a grassy area in the neighborhood and built Captain Letendre Memorial Park. They didn’t want him to be forgotten,” she says. Though feeling the heavy burden of grief, Autumn decided she couldn’t just sit back and give up. She was determined to turn her grief into something good. That’s when she decided to do the type of thing that her fallen husband would have done: help others first. “You heal when you serve others,” she says. She immediately got to work building the Golden Star Foundation.

The idea sparked while at a function for military families. The speaker asked if anyone in the audience had anything to add. Autumn stood up and spoke. The first thought that came to her mind to say was that we need to do something for the soldiers and their families. She started Golden Star USA to provide financial and emotional support to military families for needs that range from home repairs, medical expenses, tuition assistance and more.

She also started getting invitations to do speaking engagements to military families, delivering an encouraging message of hope. Already tackling a full plate, Autumn continued to take on more. Having returned to her home state of Indiana after her husband’s death, she decided to open a boutique called Abby Adams. The store offers a variety of items from apparel and jewelry to gifts and home décor. Along the way, Autumn also began launching a country music career. Fueled by a love of poetry and music, she penned a collection of songs in her journal inspired by her experiences and recorded a CD that was released in 2011.

With all that Autumn has accomplished, there seems to be no limit to her energy. But she says there was a time she was reaching her breaking point. Late in 2010, in the midst of a heavy speaking engagement schedule, commitments to the foundation and responsibilities to her son, she was in desperate need of a break. In fact, she recalls she nearly cancelled of a speaking engagement shortly before she was due to appear.

“My brother spoke to me on the phone and convinced me to go ahead with my speech, and so I did. After it was over, I was determined to walk away from all of it. Then a couple approached me, and the husband explained that he’d been contemplating taking his life. There are 21 suicides a day in the military, so hearing that he changed his mind after listening to my speech was all I needed to decide to keep going.”

Letendre maintains the same feverish pace. All while raising Dillon, she continues managing the foundation, Abby Adams Boutique, keeping up with speaking engagements and more. Inspired by the many veterans she’s met and helped through their journeys, she’s working on her master’s degree in rehabilitative counseling. She’s also preparing to open her next boutique in Fishers. She’s excited to reveal the name and specific details soon and says it will encompass food and fun in an old-fashioned family environment.

Autumn remains steadfast in her commitment to help others first. To that end, she is adamant that all the proceeds from the foundation, the boutique, the run and the speaking engagements go directly to benefit the military families. She pays her staff, but she does not draw a paycheck. “Dillon and I have all we need,” she says.

Now it’s full speed ahead with final preparations for the Camo Run. Opening ceremonies begin at 9:15 a.m. with the race kicking off at 10:45. Military Jump Master and founder of the All Veteran Group, Mike Elliott, who famously accompanied Former President George H.W. Bush on his 90th birthday buddy jump, will jump during the ceremony. Tickets to buddy jump with Elliott will be available for purchase at the event. Famous artist Randall Hedden will be on hand to create one of his signature magnificent paintings to be auctioned at the event.

Golden Star is also holding a VIP fundraising luncheon as part of the event. Tickets for the luncheon can be purchased for $100 each. Seating for the luncheon is limited to 100 guests. You can register to run at tuxbro.com. You can also find the link to register on The Golden Star USA Facebook and Twitter pages. Autumn says hitting the goal of 250 runners registered will mean success.

As the event’s success weighs heavy on her mind, I ask her what Brian would say to her on that day. Emotions well up again, and she tells me, “Brian always left me sticky notes everywhere with words of encouragement. He’d probably leave me a sticky note telling me to make someone smile today.

Or maybe one that says to remember that you’re changing someone’s life today.”