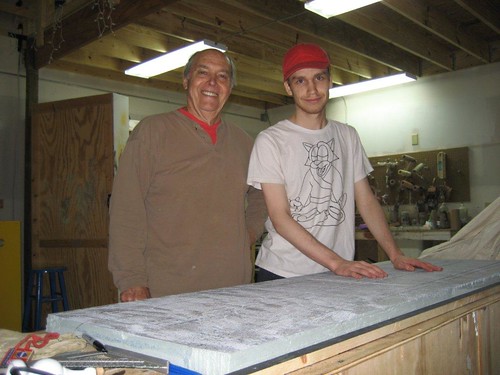 On a perfect, sunny Saturday afternoon in mid-June, it was not surprising to find a group of teenagers gathered near Geist Reservoir.

Only they were not boating on the water. Or grilling out. Or exchanging texts.

Instead, the diligent dozen were bunkered for hours inside the Mud Creek Barn at Geist, practicing their lines, building their set and picking out wardrobe for their upcoming performances of The Lion, the Witch and the Wardrobe from the fabled The Chronicles of Narnia. The five-play series, running July 25-27 and August 1-2, is this summer’s production by the A.C.T. teen group and its mentors from the Mud Creek Theater membership.

The collaboration of young actors and veterans of the community theater was spawned four years ago by veteran Mud Creek actress and executive Linda Eberharter.

“The kids do everything,” said Eberharter of the 21 members for this summer’s play. “We allow them to pick out the show, plan the publicity, create fundraisers and do everything at the back of the theater. The kids do a bang-up job.

“This program is part of our community outreach philosophy. We are a teaching theatre, and working with these young people fulfills part of the mission of the Barn.”

The behind-the-curtain work includes planning and building a set. On this five-hour workday, Mud Creek performers and board members Collin and Michelle Moore and Paul and Arlene Haskin provide the guidance. But the hammering and sawing is mostly the work of the relentless teenagers, who graced the aging theater with music during the session. 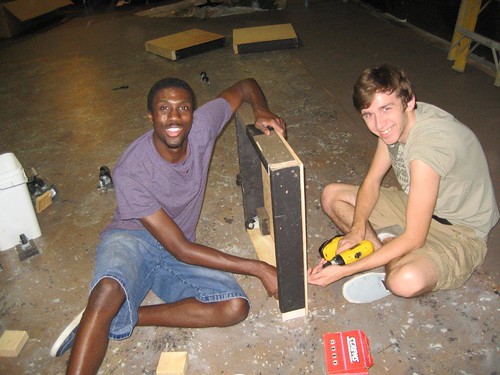 This is the second summer of A.C.T. for Lawrence North graduate Devlin Hendrickson, who is headed for IUPUI this fall. He said, “I enjoy being here 10-fold. We are able to do so many more things than we did in high school theatre. We are involved with the whole process.”

And that includes directing the play. Chatard graduate Bridget Murray, 18, is the director of The Lion, the Witch and the Wardrobe. For Megan Barton, a senior at Lawrence Central, she is now in the middle of her fourth summer at A.C.T.

“You learn that hard works pays off,” noted Barton, who has performed in previous A.C.T. productions of Our Town, The Curse of an Aching Heart and Up the Down Staircase. “Everyone here is so passionate about the shows. The students have a lot of say, you make friends, and it is a nice, safe place to be.”

This year’s 21-person class comes from six area high schools: Lawrence North, Lawrence Central, North Central, Chatard, Heritage Christian and Guerin Catholic. Some may be extending their acting into their college curriculum, while others may someday become actors at the Barn.

“We want to expose the students and their parents to the Barn,” Eberharter said. “Many of them have not been here.”

There are big hopes on all fronts for this summer’s show. The original book written by C.S. Lewis was finalized in 1949 and was the first of seven novels in the series spun by Lewis, who was inspired when many children in England were sent to the country to avoid the bombings of Nazi Germany during World War II.

“It is a classic story,” said Hendrickson. “If you saw the movie, you will love this performance.” 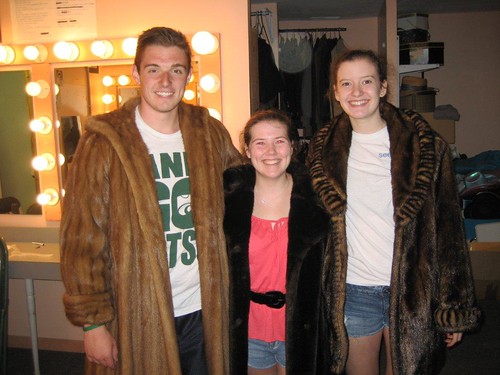 Barton, who plays the White Witch, agrees. “It is a must for kids,” she said. “There is a lot of action and some emotional moments.”

“We will have everything,” said Eberharter. “There is good (the Lion) vs. bad (the White Witch), fantasy, magic, elves and more.”

Maingate: A Growing One Stop Shop for ...