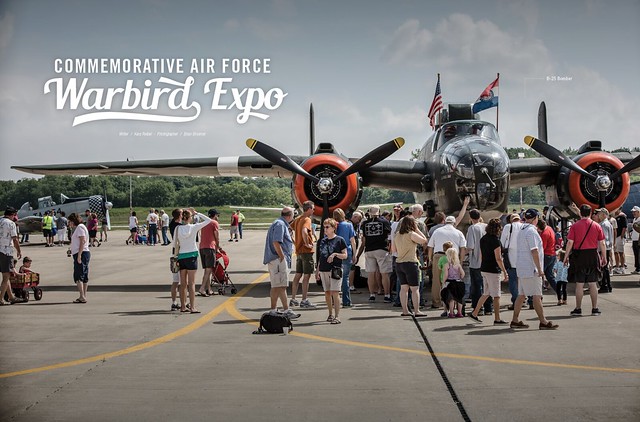 The Indiana wing of the CAF was inspired by our state’s rich history in aviation to rejuvenate an air show, creating a focused event honoring our veterans and military aircraft.

“With the cancellation of the Indy Air Show, we saw an opportunity to hold an event that represents our mission with CAF, which is veteran-centered, showcasing historic military aircraft and inspiring youth to explore aviation,” shares Dennis Schell, Wing Leader for the CAF. 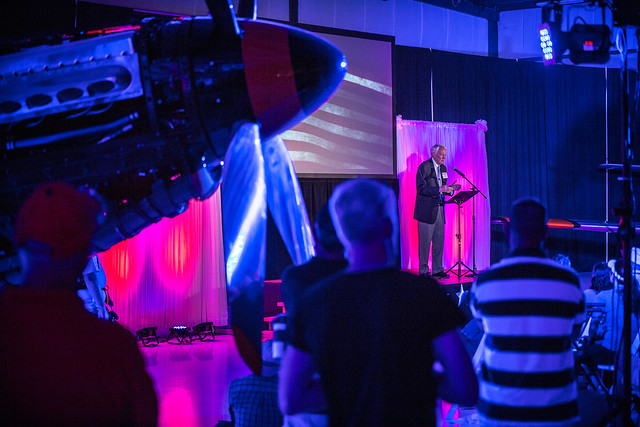 The day was celebrated with a program honoring our veterans. Rides were available in a B-25 bomber, a TBM Avenger, a ’45 Fairchild PT-26A Cornell and a North American AT-6D. Many more aircraft were on display, including military helicopters.

The date was also significant because it marked the 71st anniversary of the Normandy invasion. The program featured special guest speaker WWII veteran Private E. Carver McGriff who was 18 when he came ashore at Omaha Beach. McGriff, who served as Pastor of St. Luke’s United Methodist Church in Indianapolis for 26 years, spoke of his memories of war and why most of the men did not discuss their experiences.

“We had a saying when we returned, ‘I wouldn’t do that again for a million dollars, and I wouldn’t take a million dollars for the experience,’” shares McGriff, who spoke reverently and expressed his sincerest gratitude for all of the troops who served, insisting that the supportive elements of the front lines were as critical as the men at the line.

Governor Pence attended the event. He welcomed and celebrated the veterans present, cited the service of his father in Korea and shared that he’s a proud father of a Marine.

“We were so blessed with the veterans who attended this year, and having the Governor speak at our program was an honor,” shares Schell.

It’s the love of military aviation that brought this gathering together. Attending the famous Oshkosh Air Show as a kid inspired Schell to join the U.S. Air Force, where he served as a weapons systems officer in an F-15E. “My position with the USAF was knows as a ‘back seater,’” says Schell.

The CAF runs some of the larger air shows around the country, so it seemed natural to their members to rejuvenate the tradition locally, enlisting the help from others to make the event a success. On hand were planes belonging to other “wings” of the CAF, such as the Missouri wing who owns and maintains the B-25 that was on hand. 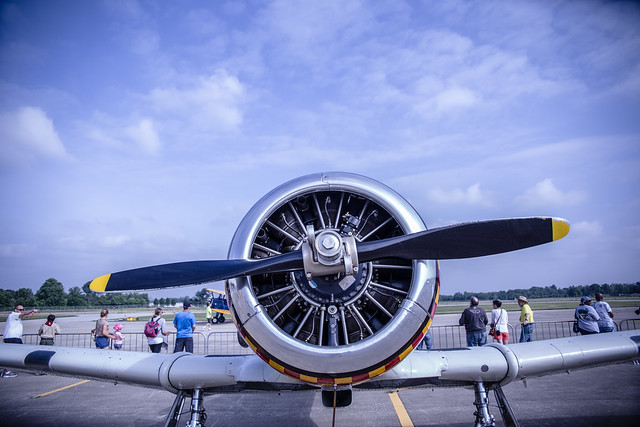 “Honoring our veterans, educating about military aviation history and inspiring youth is what this event is all about,” says Chair of Warbird Expo Mark Van Zant, also a USAF veteran. “We are thrilled that our event has grown over the last couple of years, and we’ll be moving it next year to Indianapolis Regional Airport [formerly Mt. Comfort Airport].”

With growth of the air show comes an increased need for additional volunteers. Jill Fewell of VeteransEvents.org and member of the WWII Roundtable, assisted with gathering veterans to the Warbirds Air Show.

“I was thrilled to be involved in gathering and coordinating veterans for honor flights and the Honoring Veterans Program,” shares Fewell. “We were able to sponsor their lunch and make it a special day for all of them. If I can help make veterans smile, feel respected and loved, then my job is complete.”

Next year’s CAF Warbird Air Show will be held on June 18, 2016, at the Indianapolis Regional Airport. For more information, visit IndianaWingCAF.org or CommemorativeAirForce.org. 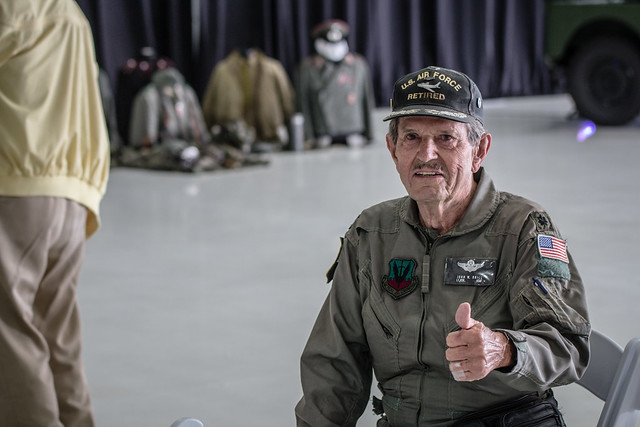