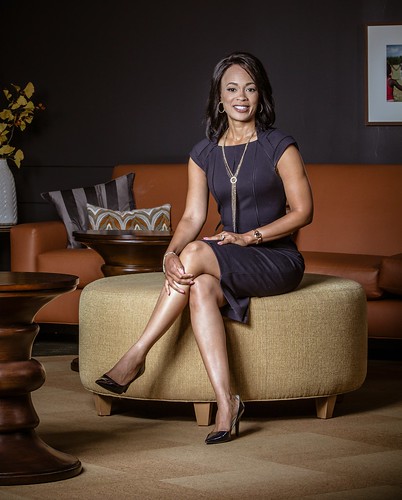 You know her from her smiling face on the evening news on Fox 59. Fanchon Stinger co-anchors at 5 p.m., 6 p.m. and 10 p.m., delivering the news with plenty of ease and in a straightforward, no-nonsense, relaxed style.

Don’t let that laid back demeanor fool you, our northern neighbor is a 13-time Emmy award-winning anchor/journalist, who has forged a career centered on making a difference in community around her.

Stinger sees her television news job as a way to give back. She enjoys contributing to the positive growth of the community with the emphasis on the success of central Indiana young people.

Stinger works with several anti-bullying initiatives in Central Indiana aimed at encouraging positive self-esteem and character enforcement in and outside of the classroom.

She also spends a lot of her free time mentoring young people through their academic years and professionally.

A goal of hers is to spend time with homeless teenagers in our city.

Fanchon, which is French for “freedom,” was born and raised in Detroit. Her parents were educators who sent her and her sister to private schools growing up and always taught them they have gifts to give back.

She attended the University of Michigan and became interested in television news.

She was a natural in the newsroom— moving up from a paid intern position to a reporter, then to an anchor job.

She spent 11 years in Detroit as anchor/reporter before one day getting a call from Indianapolis.

It was Fox 59 calling, and the rest is history.

Fanchon and her husband lived on Geist for a couple of years where they enjoyed boating. “Water centers me,” Fanchon said. “Maybe it’s my Michigan background, but I love the water.”

Today the couple resides in the Westfield area to be closer to the Fox 59 studios.

Fanchon enjoys spending time with her husband and puppy “Arie,” an adorable beagle mix that she posts photos of on Facebook.

“Someone stopped me the other day and instead of saying, “Are you Fanchon Stinger? they said, ‘are you Arie’s mom?’” she said with a laugh.

For now, Arie is the couple’s only child, but they do hope to have children someday, as well.

In the meantime, Fanchon will be anchoring another new newscast on Fox 59 this fall and as always, she seems to take it all in stride.

“It’s all about time management and prioritizing,” she says with a smile. “God comes first, then family, then business.”

Watch for Fanchon Stinger on the new 7 p.m. newscast in late September and learn more at Fox59.com. 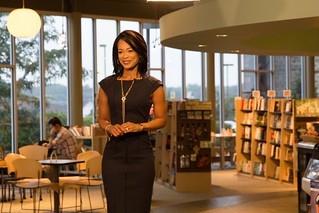 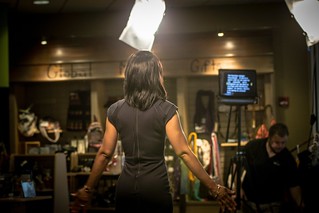