FishersGeist
Home›Indiana›Fishers›Final Flory: Why this Lawrence CEO Keeps Getting Invited to the NCAA’s Big Dance

Final Flory: Why this Lawrence CEO Keeps Getting Invited to the NCAA’s Big Dance 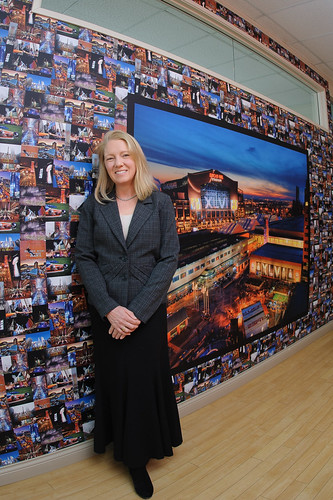 Indianapolis is hosting the NCAA Men’s Final Four basketball championship early next month (April 4 & 6) at Lucas Oil Stadium. It will be the city’s seventh time hosting what arguably is America’s second most important sporting event after the Super Bowl. Indy’s love affair with the Final Four is well documented. Many attendees and media routinely give the city high marks for its state-of-the-art facilities, a compact, easy to navigate downtown, and an enthusiastic army of volunteers, many of whom are well-schooled in the nuance of the motion offense. Hey, we love us some college basketball here.

Still, this defining event may have slipped a bit in the city’s collective conscious. While familiarity has hardly bred contempt, the Final Four isn’t necessarily the novelty it once was. “We take it for granted,” says Flory May, founder and CEO, The Registration System (TRS). “We expect that Indy is going to do very large events because we’ve had so many.” Olympic qualifying events, the Indianapolis 500 and Super Bowl come to mind.

May, however, has never lost sight of the Final Four’s importance to her city and career. Her company has provided volunteer management and deployment software for eight such tournaments—the first in 2006 here in Indy. “In many ways TRS was designed around the Final Four, and has allowed us entrée into a lot of different championships,” she explains. “The NCAA was really the foundation of what has built the modern version of TRS.”

A couple of years ago TRS relocated from downtown to Lawrence, setting up shop in an office on Post Road near Ft. Harrison State Park. Staffed with event professionals, TRS is widely recognized as the industry leader in logistics management and ticketing software for mega events like the Final Four. “I think when we first started hosting these events it was, ‘Oooh, we’re doing the big things!’ I think now we’ve graduated—we expect that we do big events. I think we all would be devastated if we didn’t have the Final Fours, and Olympic Trials, and shooting for the Super Bowl again. I think it’s an expectation, and I think it speaks to the growth of the city.”

Joelle Baugher is an Indiana Sports Corporation veteran who recently joined TRS as a contracts and accounts manager. “It put Indy on the map. I think it probably was a factor in us getting the Super Bowl because we have had so many experiences with NCAA Final Fours, The Women’s Big Ten Championship, and all that stuff,” Baugher says. “I think having that history definitely helps with getting future large events [like another Super Bowl] that we can manage, and makes our city more attractive to those organizers to come here because that’s great for the economy.”

The projected economic impact from this year’s tournament is $40-50 million, although economists have long questioned the legitimacy of such claims by organizing committees. Whatever the financial fallout, it’s hard to argue against the value and positive impact of the NCAA holding its premier event in its hometown—a massive undertaking reliant on the kindness of volunteers. “The Sports Corp puts its trust in people that are manning the event areas, and they’re well-trained. They’ve just got it down. There’s just so much history. They’ve perfected it,” exclaims Baugher. 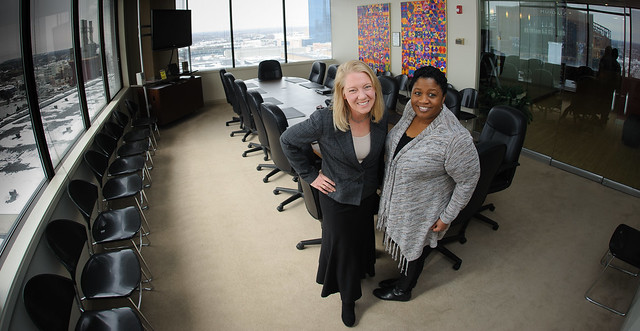 More than 1500 volunteers have signed up for next month’s Final Four including Lyz Agnew, one of several ‘point guards’—team leaders who “make sure everyone is where they are supposed to be, everything is going smoothly, and that organizers are getting what they need,” she says. “One of the things about being a point guard is them saying, ‘Hey we need you over here today.’ It’s our responsibility to stay over if we’re needed, to fill a shift if someone fails to come in and really take initiative.”

Watching it all unfold will be May who says working with the NCAA serves to keep TRS at the top of its game. “It raises our standards. It raises expectations because the NCAA comes in with a very well defined playbook of their expectations of every community and every host committee. Year after year it has really pushed TRS to improve its technology.”

May emphasizes the importance of a Plan B so that TRS—and by extension, the event planners—don’t get caught without backup mechanisms. “What we see consistently is that you’ve got operations that are well laid out, but when things go wrong I don’t think the audience ever notices. And things do go wrong. There are things absolutely beyond anybody’s control. And the difference between a good event and a bad event is people being able to step up and fix it,” says May.

After all, what’s the worst thing that could happen—a blizzard in April? Oh, yeah, we had one of those last year. Just like the Army soldier she once was May says you better be ready for anything. “In this town we think about those things,” she smiles.

Kate in the Middle