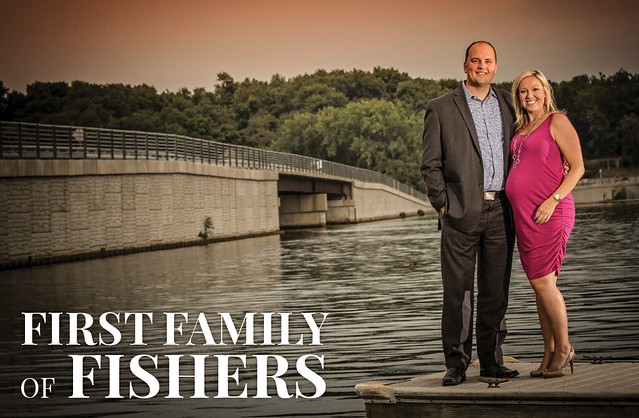 Scott and Aunna Fadness are relaxed and easy going, ready to talk. Given the last 12 months of their life, that demeanor is a pleasant surprise.

One year ago from September, Scott and Aunna began Scott’s campaign for mayor in the town where he has worked since 2006, Fishers. “The last 12 months have been a bit action-packed,” Scott confessed.

“The choice to run for mayor was Scott’s and we have just rolled with it,” Aunna agreed. Scott, 32, and Aunna, 31, moved to Fishers in 2007, a year after Scott began an internship and commuted from Bloomington. Scott and Aunna inevitably were drawn to call Fishers their home.

The build up to the primary last spring was a crazy time, and exciting in another way. 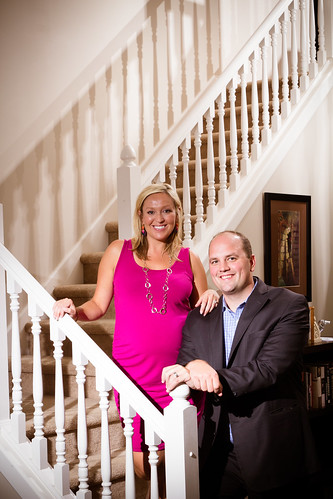 During the busiest part of the race, Aunna discovered she was expecting. The couple withheld this bit of news from the public until after the primary. To top it off, their due date is mid-November, just after the main election.

Scott Fadness is a bit of a reluctant politician. Since 2006, he has held several different job titles within the town, learning as much as he can about each department along the way.

Growing up on a farm in North Dakota in a town with a population of 2,200, Scott’s parents, Deb and Bruce Fadness, were surprised that he adapted so well to bigger city living. They were not surprised, however, by Scott’s soon to be new title of mayor. Working out in the fields with his dad and grandfather, Scott learned every aspect of their farm through hands-on experience. They know this is where Scott gleaned his work ethic.

Frequently on ride-alongs with Fishers police officers, or helping plow the streets in the middle of the night, Scott continues to spend time with all departments. “I love the job of town manager. This is where my passion is. When the people voted to approve Fishers becoming a city in 2011, I had not realized that it meant I would lose my job,” Fadness said. “I ultimately decided to run for office so that I wouldn’t leave the team that I have loved being a part of.” 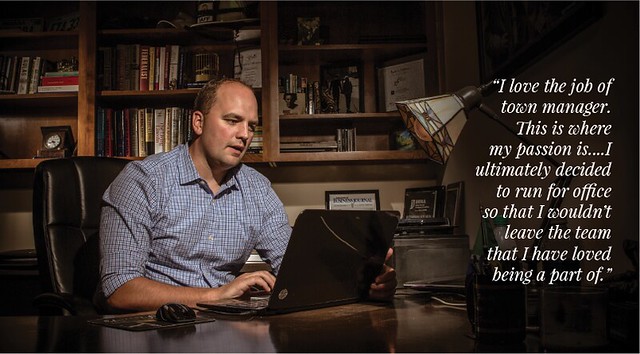 Fadness earned his bachelor’s degree in political science at the University of North Dakota. “I thought I would be a third generation farmer,” he said. Apparently he was guided down a different path. He knew he wanted to get a master’s degree in public affairs from Indiana University’s School of Public and Environmental Affairs which is at the top of the list of schools, next to Harvard.

When Fadness’ parents flew down to see him in Bloomington, he drove them around to let them get a feel for the city. “When you drive in downtown Bloomington and surrounding areas, you get an immediate feel for what Bloomington is all about. That is the feel I want to create in Fishers,” said Scott of his vision for the newly found city.

The move to Indiana would prove prophetic for not only his career path, but most importantly this is where he met Aunna. Aunna is from a small, unincorporated area in northwestern Indiana called Union Mills, which has a population of 2,212. She graduated from South Central High School, located in southern La Porte County. After receiving a bachelor’s degree from Purdue, she earned a master’s degree in Environmental Affairs at Indiana University, as well. She works for an environmental engineering company.

Both Scott and Aunna share a passion for giving back. Scott is on the Board for the Hamilton County Humane Society. They volunteer with the American Red Cross and for Alternatives, the women’s shelter in Anderson. They are also on the committee to fund a shelter in Hamilton County. 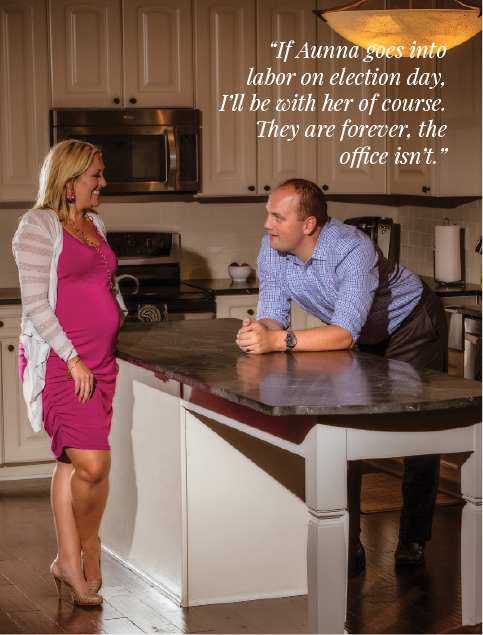 Both are young, dynamic and easy-going, which are all needed characteristics for the job at hand.

Fishers has witnessed more than its fair share of growth and change in the last 25 years. Interestingly enough, a farm boy from North Dakota is leading us through the bulk of this shift. Given Scott and Aunna’s background and adaptability for change, their small town, country upbringing has perfectly prepared this couple for what lies ahead.

“That is easy. I am with my wife and son. They are forever, the office isn’t,” says Scott.

He has his priorities straight.