Geist Dance Instructor Competes on “So You Think You Can Dance” 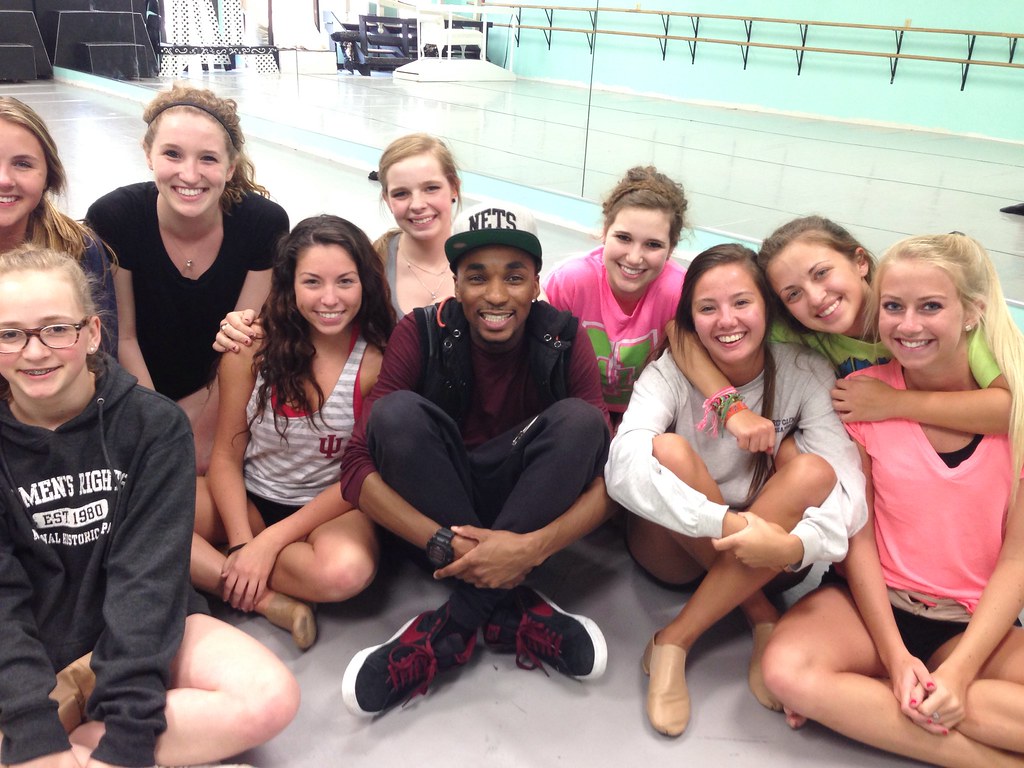 Local dance instructor Eric Blythe performed the “dance of a lifetime” recently when he flew to Los Angeles to compete in the TV competition So You Think You Can Dance.

“It was truly an experience,” laughs Eric, now back home. “An awakening to see all the good dancers and to see how Hollywood works!”

Eric says not only did producers want to see contestants dance, but also they wanted to hear a good story. “They asked a lot about my family,” he says. Eric told them about his father, who died when he was 10 and never got to see him dance.

“They wanted to know what I thought my dad would think of me today,” Eric says. “I told them he wouldn’t be crazy about all this dance stuff—he was an athlete and wanted me to be in sports!”

Eric did start out in sports and quickly became a track star at North Central High School. He was offered track scholarships to four different colleges—Alabama, Florida, Purdue and Louisiana State—but a severe hip and knee injury ended his track career.

“After surgeries and some time to heal, I couldn’t do a lot, but I did sign up for a dance class to keep moving—and to meet girls,” Eric says with a smile.

Eric did meet his first girlfriend in that dance class, but the overall experience set him on a new career path.

Each week, Eric inspires dozens of students with his moves (and sense of humor) while preparing them for competitions. According to one student, Eric pretends to sprinkle “pixie dust” on their heads just before they go on stage during competitions to give them a little of what he calls “swag dust.”

Eric resides with his mother in Carmel and helps to care for his ailing grandmother. His dream is to someday open his own 24-hour studio where students can dance and produce videos.

“Everyone wants to put together a video these days, and this will be the perfect spot!” he says.

And what advice does Eric have for future dancers with a dream?

“Don’t dream—just chase,” he says. “No matter what your age is, just keep doing what you love to do!”

That’s what Eric is doing—and loving every minute of it!

Paddle Board Fun on the White River