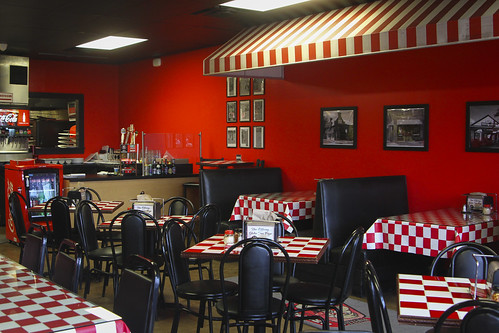 “I have found that when a business model has worked for a long period of time, why mess with it?” Collins asked during a lively discussion in the kitchen of his new restaurant which opened Nov. 7. “There’s an old business code that has stood the test of time in both the business world and in show business: You simply don’t tamper with an effective formula.”

The business world and the entertainment worlds are both littered with the graves of bad business decisions, according to Collins, who has an extensive food service background.

“Just ask the executives at Coca-Cola when they came up with a new cola formula and called it New Coke back in the 1980s. What happened? It bombed. The public hated it. So what did they do? They brought back the old formula right away and called it Coca-Cola Classic.”

A similar fate happened to the ABC television network after the late Robin Williams first garnered massive success with his juggernaut sitcom, “Mork and Mindy.” It was a giant hit in its first 1978-79 season, shooting all the way to number one in the Nielsen ratings. The ABC television network executives, in their infinite wisdom, came up with a disastrous idea to bring in a large supporting cast and new writers. Viewers hated the new format. They missed the simple old format, so ABC changed it back to the way the program was before.

“The public hates it when you mess with something they love or has worked before,” he said. “I have found that when you surround yourself with good people and create a fun environment that is less corporate, it can be the most rewarding. We have a different mindset here. We want things to be laid back for the customer.”

Collins is right about that. There’s a nice, relaxed, old-school vibe at Greek’s Pizzeria, which includes a vintage Miss Pac-Man machine when you walk in, old photos of different Greek’s stores across the state, a full dining room and a wide selection of craft/draft beers.

Collins noted that the original Greek’s Pizzeria in Muncie has been popular for over 30 years and is a Ball State staple.

“It was always very popular with the late night crowd,” he said. “It’s still the same pizza, even though some people think it was sweeter back then or changed in some way. It’s still the same ingredients at the different stores.” 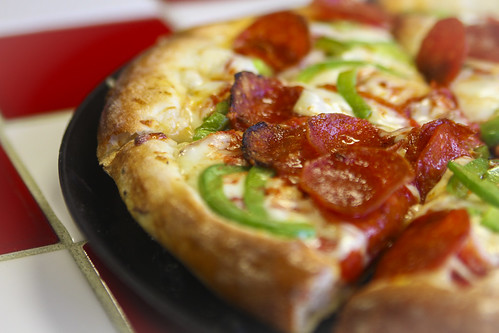 Collins puts an emphasis on style over substance.

“I think some restaurants fail because they are completely disconnected with what the customer wants,” he said as he was preparing a pasta dish. “The Planet Hollywood restaurant that was connected to the Downtown Mall years ago is a perfect example. They opened with some Hollywood stars and a lot of flash and memorabilia, but the food was terrible. People came to see it and didn’t want to go back.”

Collins stresses that people want the food to be high quality every time and for the restaurant to be clean. With 16 different Greek Pizzerias throughout Indiana, the formula is clearly working.

“The credibility with the 16 stores is strong,” Collins said. “These Greek Pizzerias are so cool because everything is done right to bring the customers back over and over again. I learned a very long time ago that is what works. Not the flashy stuff. Streamline it and make it simple, man!”

Collins, a Logansport native, started working in the food industry at Jerry’s Pizza, a family-owned pizza parlor in northern Indiana, during his high school years. After graduating from Purdue University where he studied restaurant/hotel management, he later worked for Levy Restaurants in Banker’s Life Fieldhouse.

“I worked there during that great time when Reggie Miller was still playing for the Pacers, and there was such an exciting vibe going on,” Collins said. “The demand for food was high, and the place was packed.”

Collins later took over the Greek Pizzeria in Fishers, 8800 E. 116th St. He has owned it for just over a year and was a customer at Greek’s for 10 years before he took it over.

“Greek’s holds the record as the oldest existing pizza place in Fishers,” Collins said. He added that their dough is made from scratch every single morning, and their pizza is cooked in 600-700 degree stone deck ovens.

Collins believes the Geist area is a perfect location for his new Greek’s restaurant.

“I like the way the two stores sort of border up next to each other,” Collins said. “I can get both the Geist and Lawrence areas. No one else in the area still offers free delivery. I think that’s how we can be successful where some other pizza places have failed.”

Greek’s Pizzeria Chef Sam Shafer has worked for the Greek’s franchises for almost 10 years. He went to Ball State, studied economics and worked at a Greek’s in Muncie.

“We really do focus on the pizza,” Shafer said as he prepared a pepperoni pizza. “Sure, we have pastas, salads, boneless wings and cinnamon twists, but pizza is our main thing.”

“Again it goes back to the focus on ‘what you do best’ formula,” he said as he mixed a tomato sauce. “A lot of these beer places sell high quality beers, but they charge such high prices. We are not here to sell beer, but we do have it here for you. We have different import and craft beers in draft or bottles.”

Collins also has a formula for success that he adheres to.

“Be yourself and be true to yourself,” he said. “Do what you love to do, and it will all eventually work out for you.”