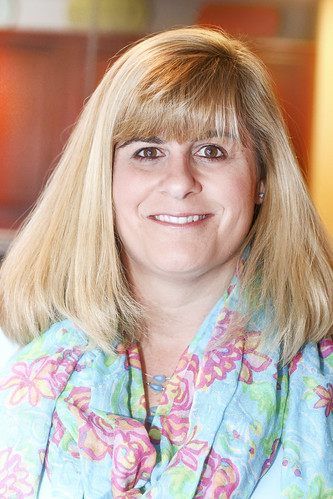 Being hailed as a warrior of any type is akin to a hero designation. Being dubbed a Road Warrior means you’ve earned your heroic badge of courage out on the road. Becky Bedics, local Geist mom and business owner, certainly earned hers. Recently, Bedics was selected by American Airlines as one of five winners of their Road Warrior contest.

For 14 years, American Airlines has run their Road Warrior contest, an essay contest asking applicants to depict their adventurous lives on the road. After completing a brief survey and essay, applicants were also asked to pen a poem depicting their lifestyle and finally describe a typical two-week travel schedule.

Becky’s travel schedule definitely is full. As owner of her own consulting firm, Ahlgren Bedics Consulting, Bedics consults with local Indiana college and high school athletics departments sharing her expertise on athletic leadership development. But the majority of her collegiate clients are located on the East Coast, from Maine to Florida. That means she’s on the plane a lot.

That’s where Bedics got the idea to enter the Road Warrior contest. “I have always looked forward to the American Way Road Warrior issue to read their stories and see the amazing trips they go on. After seeing the application on every flight for months, I went ahead and took the challenge to write about my career as a Road Warrior,” Bedics says.

While Bedics most assuredly has an extremely active lifestyle, entering the contest didn’t necessarily mean she would be a shoo-in to win. The applicant pool, though limited to just those who are frequent fliers, included nearly 1,000 applicants with similar lifestyles. But something in her message really resonated, and Becky was selected as one of the five Road Warriors. 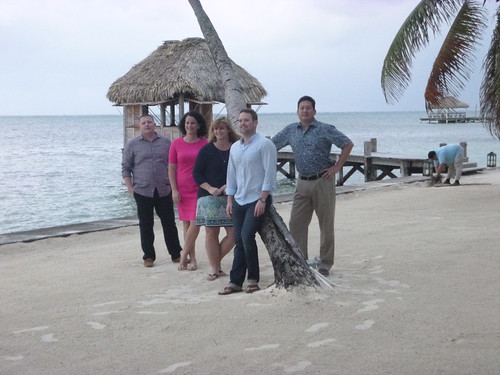 American Way Magazine’s Content Manager, Anne Weidner, says, “I was so impressed by Becky’s ability to balance home life and work life – especially a work life that entails traveling literally every week of the year. Her entry was really clever and showed what a great sense of humor she has which is always a home run with me. The way in which she described managing her dual roles showed that she’s extremely organized but also has a real go-with-the-flow, easy personality, which all true road warriors must have to live this kind of lifestyle successfully.”

It would seem that being a successful Road Warrior has much to do with balance in the lifestyle, but Bedics has a different take on it. She says, “I think that balance is an elusive concept. Rather, I strive to integrate my personal and professional opportunities and realize that asking for help is a sign of strength rather than one of weakness. My husband Mark works with NCAA Championships and travels as well. Whether we are traveling to watch one of my clients compete or accompanying Mark to an NCAA Championship as a family, we have a lot of fun doing it.”

It’s certain Bedics will have a lot of fun with the prize package. She and the other four winners earn 100,000 miles in the American Airlines AAdvantage program, allowing them to bank miles for travel, vacation packages, car rentals, hotel stays and everyday purchases. Most notably, winners receive a vacation in Belize, courtesy of American Airlines, that includes a two-night stay at Ka’ana Resort in the jungle and a two-night stay at Victoria House on the beach, car rental rewards from Avis, a pair of Bose headphones, a Bose Wi-Fi music system, a TAG Heuer Aquaracer timepiece, $500 in Rodd & Gunn men’s swimwear and $500 in Everything But Water women’s swimwear.

A prize package like that is certainly hard to top. But as a facilitator of athletics leadership and mental skills training, duty calls for Bedics. She’ll be back out on the road this week continuing to inspire athletes

to reach their potential, and no doubt her story will inspire other Road Warriors.

But Bedics believes she’s the one being inspired. “I truly am inspired by them as much as I might motivate them. There is an energy around athletics that I have not found in many other fields. I played softball at the University of Dayton and have never left the athlete mentality. I appreciate being part of a team, and it really fills my energy tank to see others develop to their fullest potential.”