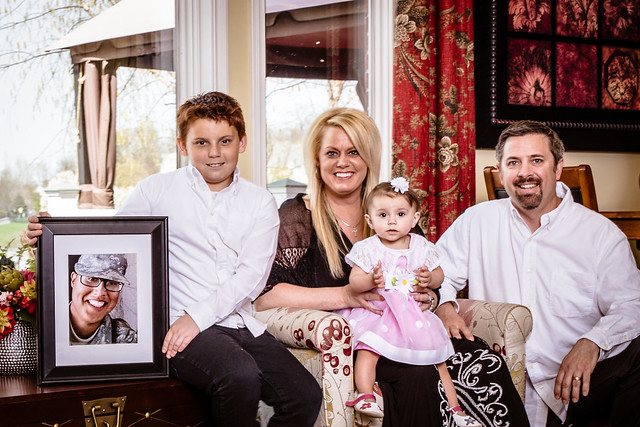 Fostering Children & the Hope for This Cause

The Geist Mom of the Year contest is a way to highlight all the wonderful moms in our community. It’s not about a competition between candidates so much as it is a great reason to focus on those who make a difference in the lives of our children. All the applicants are exceptional mothers, but your votes have determined one worthy winner. The 2015 Geist Mom of the Year is April Cantrell.

“I don’t feel worthy of this award,” says April. “I feel there are a lot of great moms out there. I am passionate about this cause of fostering and adopting children in need and what it represents.”

April was nominated by her husband, Paul Cantrell, who has always supported his wife’s beliefs since the beginning. This is what he wrote for his nomination:

April has dedicated her life to her kids, like many moms out there. But since April was a teenager, she knew she didn’t want to have her own kids but wanted to adopt kids who needed a family. Since ‘that time,’ she and her husband have adopted two children through the foster care system and are currently foster-parenting an 8-month-old sweet baby girl who may return to her birth parents or may need an adoptive home. Regardless of the outcome, April is treating the baby as if it is her own and is doing everything she can to make sure the baby has the best upbringing possible.

“Ever since I was in eighth grade, I knew I wanted to adopt rather than have my own kids,” says April who grew up in Lafayette, Indiana. “I felt very passionate about the fact that there are already so many children in the world that need good, loving homes, so I knew it was more important for me to help those already in need rather than creating my own.” She doesn’t recall the exact spark that formed this belief, though she says one of her closest friends was adopted, and she would listen to her stories.

She adds, “I remember that I saw a lot of kids that didn’t have a good home life like I had, and I remember how sad it made me to see it. My mom had a big heart and would help some of them by having them over and such.”

Her noble and selfless desire is one which is difficult for many to fathom. Most people are eager to procreate in order to see their reflection through their offspring. Unfortunately, there are many children in need already born within our world. Too many innocent children are without parents who can care for them due to hardships such as drug addictions, financial constraints and mental illnesses.

“I was familiar with private adoptions, but my heart was set on adopting through the foster care system because I felt there was a stronger need for helping these children,” says April. “My mother admired my decision but thought I would change my mind when I got older. But my mind was set, and I knew that was my calling.”

April met her husband, Paul, at Purdue University when she was just a freshman, and he was a sophomore. They have been together ever since. As they began to become more serious, she told him about her feelings on fostering and adopting, and he was completely fine with it.

She says, “I’m very blessed to have such a wonderful supportive husband.”

Soon after getting married, April and Paul moved to southern California and became licensed foster parents.

“Paul mentioned to me that they would like to adopt instead of having their own children,” says Doris Cantrell, Paul’s mother. “I never questioned it. I think it’s wonderful, and I have supported it from the start.”

Most foster parents foster children, knowing that some may go back home to parents or relatives while others may become adoptable.

“Paul and I knew either way that we would love and nurture the children that entered our lives and hearts, and we would help make a difference in their lives no matter if it was a short stay or permanent one.” The Birth of Their Family

Their oldest son, Joseph, was almost 5 years old when he came to live with April and Paul. Joseph had been in five different foster homes in only three years.

“We immediately fell in love with him, and he was a sweet, loving boy,” says April.

At first it was difficult to communicate because Joseph spoke Spanish. April says, “He was also afraid of getting into cars because it was a symbol to him that he was getting moved again. It broke our hearts, but we knew a loving, stable environment would allow him to trust again. And it did! Today he is 19 years old, and he is a very respectable young man who is currently at basic training in the Army. We are very proud of him.”

Several years later, the Cantrells had another baby boy placed with them at one month named Clay. Once again, they fell in love with him, and he eventually became their second son. Many times, they thought he might have to return to his biological family, but after 18 months, the adoption was finalized. Today he is 11 years old and in fifth grade at Fall Creek Intermediate. He is very outgoing and loves hockey and lacrosse.

“I feel strongly that I could never love our children any more if they were biological,” says Paul.

April and Paul always go out of their way to make their adopted children feel extra special. For instance, they always celebrate the adoption anniversary with their children, so that they can have two birthday parties.

Extending Their Roots Back to Indiana

After moving back to their home state of Indiana, they decided to become licensed foster parents in Hamilton County. Their first foster placement was with three sisters all under 4 years old. They ended up being placed with a family member.

April recalls, “Although our time with them was short, and they were too young to remember us, we feel we have made an impact on them and showed them what a stable loving life is like.”

Shortly thereafter, they had a similar situation with two young boys who were brothers. One was 3 years old, and the other was 5 weeks old. They stayed for only three weeks until family members came forward.

Paul wrote a touching message on his Facebook page about his experience with his two young boys: “As I sit here holding my 5-week-old and 3-year-old foster children, I realize they see me only as their protector and guardian for the night and have no idea my skin color is different than theirs.”

April and Paul have never cared what race the children were that they fostered or adopted. April says, “I’ve always felt that God chooses them for me.”

A Future of Hope

In December, the Cantrells received a call from their social worker that a 5-month-old baby girl needed an emergency placement as she had just been removed from her parents. They didn’t know the details at that time. This beautiful girl is named Shawn.

“She is amazing, and we have loved bonding with her and watching her grow over this time,” says April. “We realized pretty quickly that it was going to be very difficult emotionally if and when the time came for her to go back to her parents, especially once we learned that the first opportunity for them to get her back would not be for almost a year.”

While having her for the last five months, the Cantrells have taken her to visit her birth parents once or twice a week on a regular basis.  They’ve had many opportunities to talk with them and recognized how much they loved her. Recently, they were informed of some exciting news at a visit.

“They would like for us to adopt their daughter,” says April. “I was so taken back by it….I admire them so much for being so selfless and for making one of the hardest decisions of their lives. They said they were thinking of Shawn’s best interest and wanted to do what was right for her. How incredible of them! I get teary eyed just thinking
about it.” 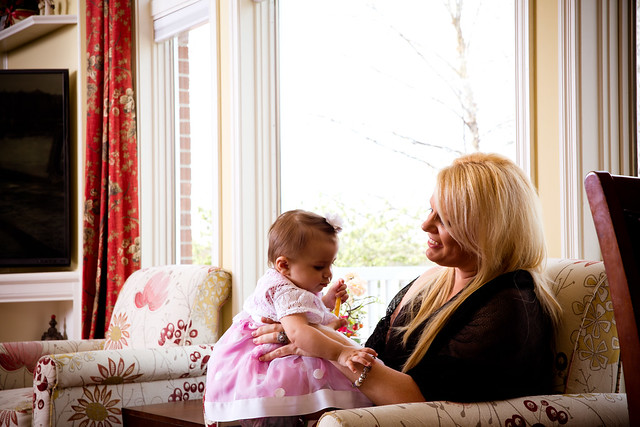 It will still take time to get everything legally finalized. But for now, they are enjoying their time with this sweet baby girl and giving her all of the love that they can.

“I thought I was done having grandchildren, but maybe I’m not,” says Doris with a laugh. “I have four grandchildren, and I don’t feel any different about them. It doesn’t matter to me if they are biological or not. I love them just the same.”

Then in a more somber tone, she adds, “I think there are many moms who love their children but find themselves in a bad situation where they are unable to take care of them due to some type of hardship.”

As Geist community residents, we are blessed that April and Paul are willing to share their love for the children of our future. Obviously these two special people are making a difference. April said that although she will not likely adopt any more children due to her age, she would like to continue fostering because it will always be a passion. She hopes to foster teenagers because they represent the greatest need.

When asked about the hardest part of being a foster parent, April responded: “For me, the hardest thing about being a foster parent is that I become very attached to the children and often don’t know if or when the child will leave our home. I used to think I could mentally prepare myself for it, but I finally realized that no matter how hard I tried to prepare myself for them leaving, it would never change the heartbreak in the end.

“It’s impossible to not get attached to these children because you put your heart and soul into raising and nurturing them while they are with you. So I quit dwelling on it and lived every day as if the children were my own. Also to help me deal with it all, I always remind myself that we are making a difference in their lives no matter how long they are with us.”

Remembering One of Carmel’s Own: Larry Gene ...