Geist
Home›Indiana›Geist›Holding the Line on Crime 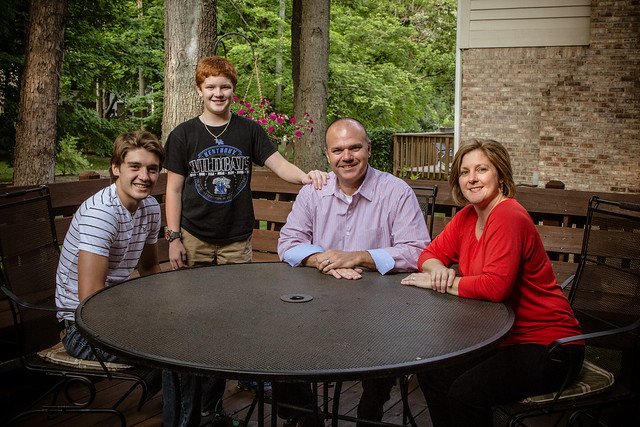 It was a tough week for Indianapolis Public Safety Director Troy Riggs. On July 5, IMPD Officer Perry Renn was killed in the line of duty—gunned down with an assault rifle while responding to a report of shots fired in a neighborhood. Just a day removed from Officer Renn’s interment in Crown Hill Cemetery, Riggs, who lives in Admirals Pointe, met with Geist Community Newsletter (GCN) for a conversation about crime—what the problems are, and what to do about them.

GCN: Why did you choose to live in Lawrence Township?
TR: Our real estate agent said you need to go look around the Geist area. The first home we found, we fell in love with it. It’s such a quiet, peaceful area. There’s always someone running, walking, talking to someone or dropping by to say hello. I’ve got a bike and I find myself riding out in the middle of a cornfield, and to me that’s just real peaceful—just riding around the lake.

GCN: What are we to learn from Officer Renn’s sacrifice?
TR: In a year and a half, we’ve had nine officers shot—two fatally. Twenty or so others have been fired upon. That’s because they are in there in those tough areas [of the city]. That should be scary to all of us because that means individuals have no problem shooting at a police officer. At the end of last year, I gave a speech and talked about us not being able to be apathetic about our city. A lot of cities have given up on certain areas, certain streets. We’re not going to do that in Indianapolis. But we as a group need to say we’re not going to stand for violence anywhere. And what I need, quite frankly, from individuals who are in the suburbs, is if you care about your city…and look at it like it’s a family—part of our family is hurting. We have young people who have no future, and they want a future and we need to support them. People say that the suburbs and certain areas around Indianapolis don’t want to help. I don’t think they realize how they can help.

GCN: Is there a cause and effect between people stepping up and doing something, and holding the line against crime?
TR: Not only holding the line; I think we can dramatically reduce it. Just because you’re poor doesn’t necessarily mean you’re going to have a life of crime. I grew up in a very poor area. I saw want. But I don’t understand not having a mom and dad that’s taking care of [their kids]; I don’t understand being left at home by yourself and fending for yourself; I don’t understand some of these parents who abandon their kids. We can’t say it’s okay not to raise your child. We need to hold people accountable. When you add poverty, lack of hope, lack of food, lack of money, low education, schools that are failing—that is a recipe for violence. It just is, and we can’t be apathetic about that anymore.

GCN: Are you more psychologist, or law enforcement official?
TR: I think it’s a balance of both. You have to fight crime not just by locking people up. You have to stay in areas long-term, and you have to put enough officers on the street so they’re getting to know citizens, so that when a citizen picks up the phone and calls the police, they’re calling an officer they know. That’s how we turn the tide. Reducing crime has a lot to do with officers on the street and putting people in the right places. But the biggest crime prevention that we can move on, long-term, is if one person gets involved in the life of another person who’s in danger of going into crime and turns him around. It breaks the cycle.

GCN: What about racial attitudes and crime?
TR: I think people want to say it’s a race problem. I think it is a socio-economic problem more so. It doesn’t matter if you’re white, Hispanic, or African-American: if you have those [challenges] that I just talked about, that adds up to issues. And we’re seeing that across society. The scary part is that even in the suburbs and some of the wealthy areas, there’s a growing issue with heroin. One of the reasons young people there are being targeted is they have disposable income. Heroin is permeating all through society. We’re going to see more and more of that and in areas that you’re not anticipating. Anyone who thinks our schools and our city don’t have a heroin problem, they just haven’t paid attention.

GCN: You’re saying heroin is a problem in schools like Lawrence Central, Lawrence North, Fishers, or Hamilton Southeastern?
TR: I would say there certainly are kids in those schools using heroin. And the reason I know that? We had a community conversation at St. Vincent Hospital on the north side. We had over 100 people. All had a connection with heroin. Some had children in the hospital being treated for heroin. About half were from outside Indianapolis, the other half from the suburbs. I don’t think we had anyone from the inner city. That’s where we are.

GCN: Are you hopeful about the future?
TR: I am hopeful. I’m seeing the community talk more about social issues. That’s a good thing. When I got here, they were talking about police need to do this and that. But I think people have a better understanding—that people are starting to see what they can do and what their part of it is. And they’re understanding that it’s social. If you compare statistics, all major violent crime dropped 10 percent in June from May. So we’re starting to make a difference. What we have to remember is we’re going to have some good months, and we’re going to have some bad weekends. Let’s do the policing we have to do, but let’s also deal with the social issues. Remember, we didn’t get here over the last two years. These are decades-long issues. We need to find ways not to be apathetic about it and just say, ‘That’s the way it’s going to be.’ It doesn’t have to be that way.