“We merged to combine the best training experience for our players,” General Manager Jamie Wood said.

This merger also opened the doors for players outside the Fishers and Noblesville areas to tryout for their teams. “We have expanded our programming and opened up the opportunity to allow players from surrounding communities to play at the various levels within our club,” Wood said. 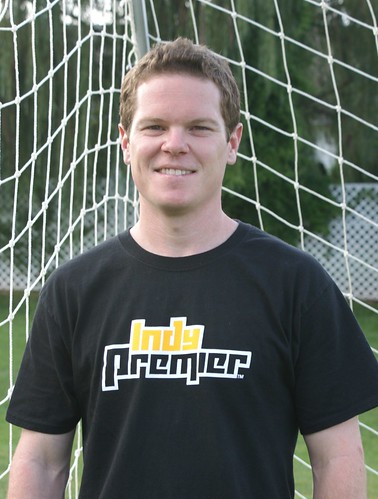 Wood, who had been the director of coaching for the Fishers Soccer Club for the past five years before stepping into the general manager role, has seen the travel programs double in participation. Under Indy Premier, the number of travel participants has grown exponentially. “We credit our professional coaching staff and the positive experience that they give to the players,” says Wood.

Wood grew up in central England and played professionally for Oldham Athletic. He played for the English Premier League club for three years before being sidelined with a spinal injury.

“Today’s medicine would have probably seen me miss a season, but then it was career-ending,” Wood said. But soccer is his life, so he began coaching. “I worked to stay close to the game that I love,” he said.

Indy Premier has the largest and highest licensed full-time coaching staff in the state that are dedicated to developing young players. “We have worked hard to improve our quality of coaching and level of competition,” states Wood.

Almost all of the coaching staff played soccer at the collegiate level, several having professional experience like Wood. All of the coaching staff is committed to the players, with a couple notable additions that are still players themselves. Indy Premier has recently added two new coaches from the Indy Eleven, forward Mike Ambersley and goalkeeper Kristian Nicht.

Ambersley, celebrating his homecoming to Indiana, scored the first goal of the club’s inaugural season. As a standout at IU who won two national titles, he feels very much at home. “Playing at IU had a big influence on my decision to sign with Indy Eleven. I have always considered Indiana my second home and my wife, Lauren and I are really enjoying our time here as a family,” says Ambersley.

Scoring the first goal for the Indy Eleven came just a day after Ambersley’s wife and newborn son were released from the hospital. “George was born on that Tuesday leading up to the game so needless to say I did not have much sleep going into that game. It was the best distraction I have ever had! When my career is over and George is old enough to understand what I did, I can look back on that night with him and tell him that goal was for him,” Ambersley said. 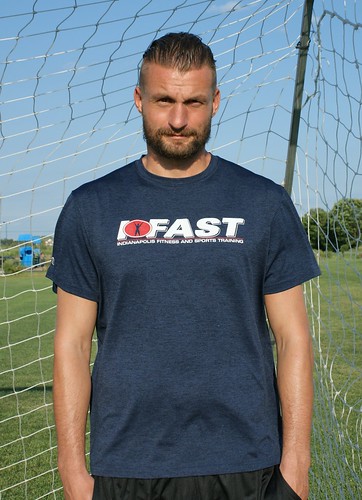 Goalkeeper Kristian Nicht began his professional career playing in the Bundesliga, a top-flight league in Germany. Nicht was the first player signed for the Indy Eleven squad, creating a strong defensive foundation. Nicht has been thrilled with the fan support. “The excitement for a whole new team is extraordinary here,” Nicht said. “I really like living in Indiana, it is a very relaxed place with a very nice downtown and outskirts.” And most importantly, home to a throng of soccer fans.

Both Ambersley and Nicht enjoy giving back to the game of soccer. Becoming trainers with Indy Premier was a natural fit for both professional athletes. “I have learned so much during my time at IU and playing professionally for nine years. I want to share my knowledge of the game with the youth and what better way than to coach young kids who are willing to learn,” Ambersley said.

Nicht shared the sentiment, “I had some very good mentors in my youth career and now I feel it is my calling to be that mentor to young goalkeepers.”

JJ Kaplan Receives Award as One of ...